QuantumScape, a solid-state battery startup, announced earlier this month that the final goal of 2021 was achieved ahead of schedule.

The 10-layer battery cell prototype retained more than 80% of its initial capacity after 800 cycles (100% depth-of-discharge), at 1C-1C current (1 hour charging/1 hour discharging), at a temperature of 25°C, and at 3.4 atmospheres of pressure.

“QuantumScape Corporation today released 10-layer battery cell testing data showing 800 cycles at better than one-hour charge rates at 25 °C, achieving the goal it had laid out for 2021. With this achievement, QuantumScape has now met all the milestones it laid out at the beginning of the year.”

“The results confirm that the company achieved the goal, which was to demonstrate a 10-layer cell capable of at least 800 cycles with energy retention greater than 80%; a 1C-1C charge and discharge rate; at 25°C, 3.4 atmospheres of pressure, and 100% depth of discharge.”

The numbers appear to be good enough for electric cars, as there are not that many cars that will even reach such mileage over their lifetime.

“We are delighted to share this data on 10-layer cell performance. This demonstrates that we continue to successfully execute on the objectives we established to scale up our technology and manufacturing efforts. These are groundbreaking results, as we believe no other player has demonstrated equivalent performance with solid-state or lithium-metal battery technology.”

QuantumScape has shown earlier this year a presentation (see here) that indicates 1,000+ cycles and >80% capacity retention in a single layer prototype.

It’s great to see that 800 cycles were achieved also in a 10-layer prototype and hopefully it will be at least maintained in bigger and more complex versions of the cell. We estimate that the 10-layer cell has some 2 Ah, which is not yet big enough (for reference, pouch cells are often 20 Ah). 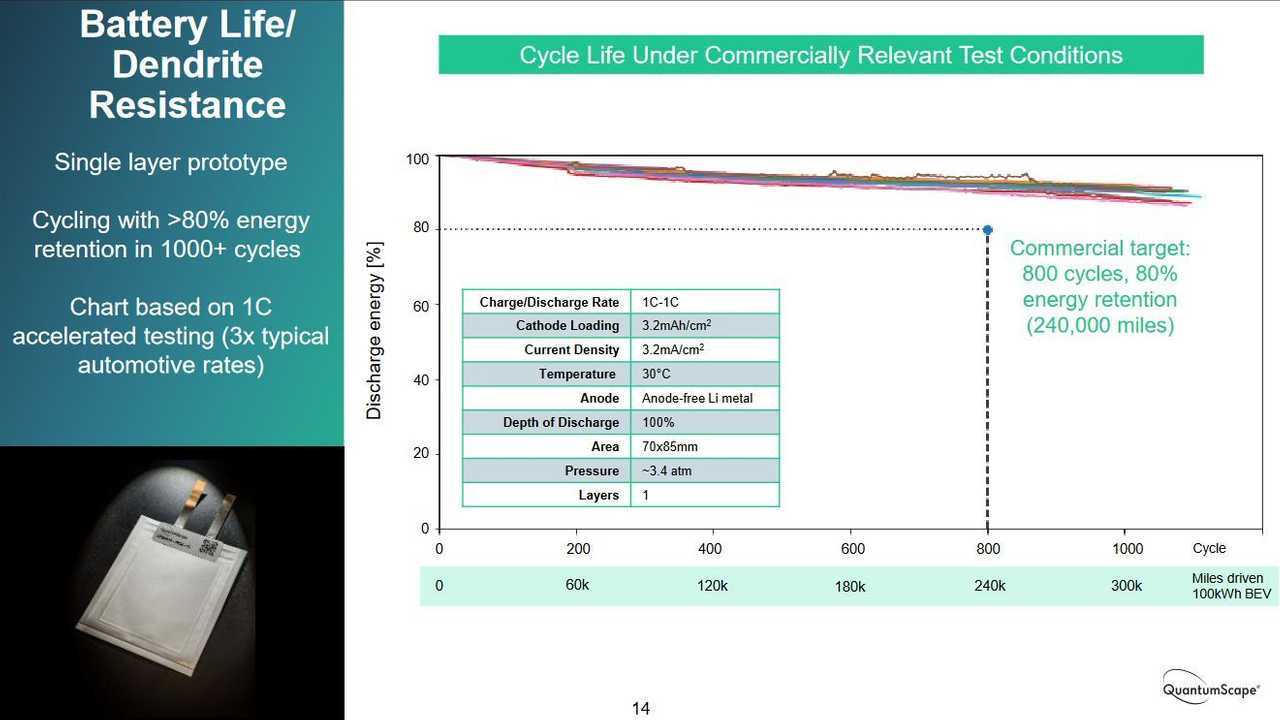 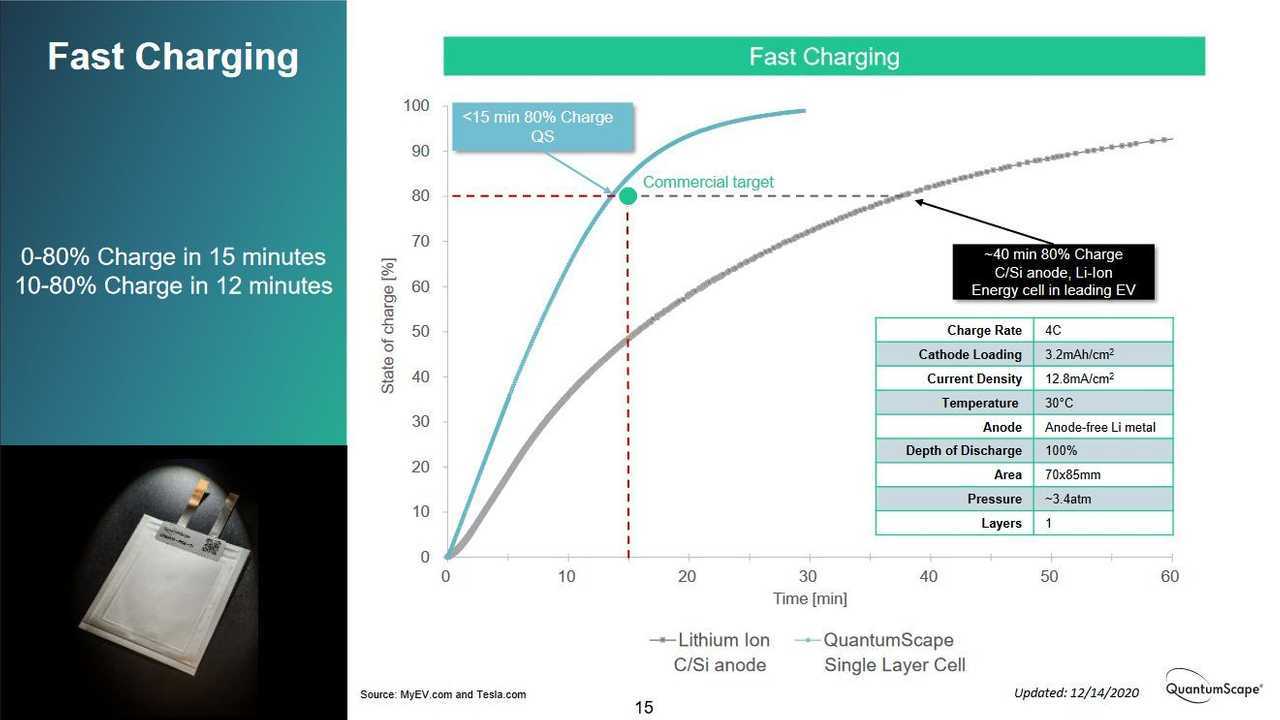 QuantumScape says that all focus is now on goals for 2022 and 2023, including “further increasing the quality, consistency and layer counts for the cells,” as well as deliveries of the customer prototypes.