Why do electronic gadgets scramble our sleep? 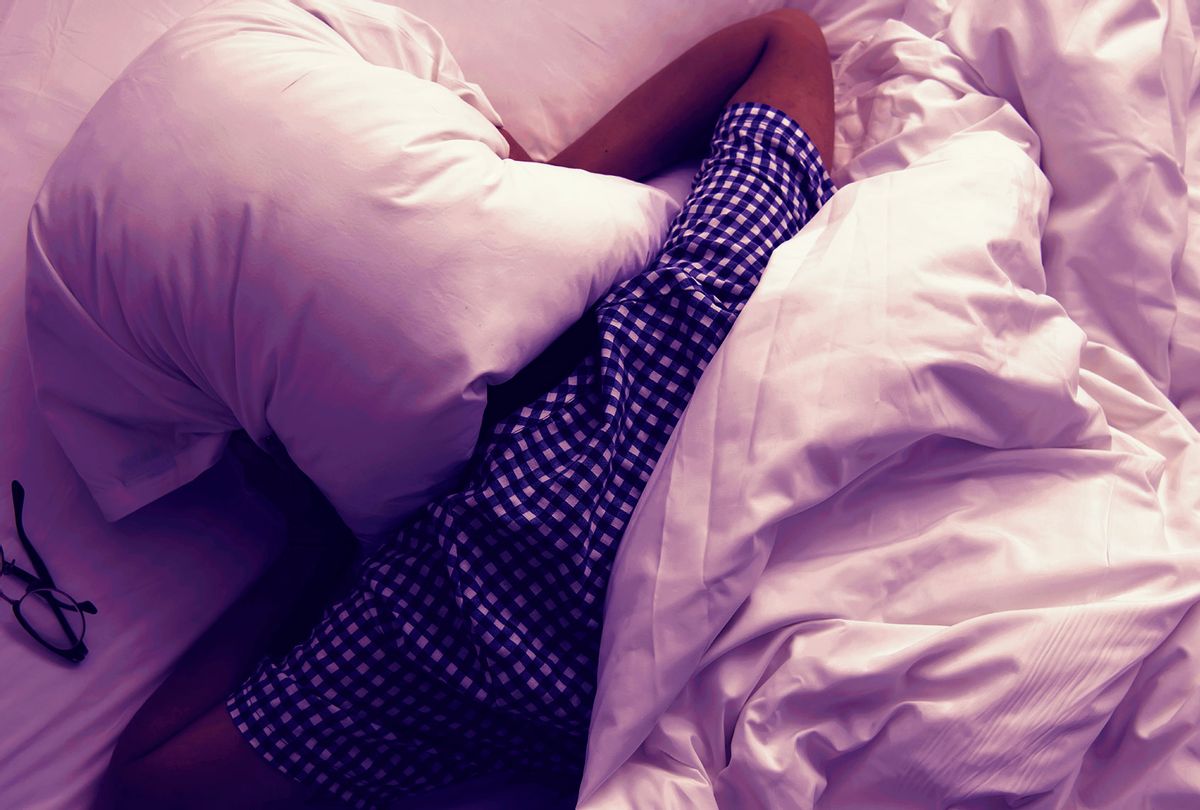 A Person covering their ears with a pillow, who cannot sleep due to noise (Getty Images/choi dongsu)FacebookTwitterRedditEmailsave

Earlier this year, a group of scientists published a study in the American Journal of Medical Genetics Part B that was, in part, about the sleeping patterns of individuals in Amish and Mennonite communities. The reason that a sleep study might target Amish and Mennonites is perhaps obvious when you think about it: individuals in both communities generally forgo most electronics, including devices like smartphones and tablets — essentially, the kinds of blinking bright gadgets that are known to interfere with human sleep.

Specifically, the researchers’ goal was to learn about how stress and mood disorders impact not only one’s immediate ability to sleep, but whether any of those traits can be genetically passed on to one’s children. Structuring the study around a community with limited electronic technology was critical to the researchers’ findings (which, notably, were unequivocal: environmental stress and mental health both can have detrimental effects on one’s sleep quality). If you think sleeping is difficult when you feel anxious or suffer from a psychological illness, that is nothing compared to how much worse it gets when you’re also surrounded by electronic technology.Advertisement:

As Ohio State University professor Amy I. Nathanson wrote last year in a study for the journal Child and Adolescent Psychiatric Clinics of North America, there is little research about how young children’s sleep health is impacted by the omnipresence of electronic technology like smart phones, computers, televisions, video game consoles, baby monitors and the internet of things. Even so, scientists have established that technology use is linked to shorter periods of sleep, daytime exhaustion and later hours in which children actually fall asleep. The limited research on infants and toddlers suggests that they are especially susceptible to having electronic technology-related sleep disorders, perhaps even more strongly than older children, and that children seem to struggle the most with sleep when they use technology shortly before bedtime. Scholars believe this may happen for reasons ranging from time displacement and increased arousal from stimuli to blue light suppressing melatonin, a key chemical for sleeping.

A comprehensive review of scientific research on electronic media and child sleep, which was published in September by the journal BMC Public Health, also revealed that there was more proof for a connection between using those tools and reduced sleep duration for children between the ages of six and fifteen than for those who are under six. The evidence was more inconclusive when it came to other sleep outcomes, but they noted that there was evidence among children between the ages of six and twelve that using electronic media reduced their sleep quality after making it harder for them to fall asleep. Move the age range up to 13-to-15-year-olds, and you find links between social media use and screen time with insomnia and unsatisfying sleep. A 2018 study in the Journal of American College Health found that late-night texting among college students can cause reduced sleep quality, sleep interruption and even (troublingly) texting without remembering having done so.Advertisement:

So why does technology seem to scramble our brains?

As the Sleep Foundation notes, scientific research has a lot to say as to why electronic technology makes it more difficult for you to sleep. For one thing, such gadgetry is stimulating, and convinces the brain that it should stay awake and pay attention even when you want it to start to relax. In addition, these kinds of devices distract you when bedtime approaches, making it more likely that you’ll procrastinate and get less overall sleep as a result. When you sleep near electronic devices, they blink and emit sounds that can keep you restless when you need to wind down. Electronic devices can even evoke a physical response; playing that video game, watching that movie or responding to that email makes you tense, which manifests itself in your body in ways that will later make it harder to nod off.Advertisement:

Considering that 75% of children and 70% of adults use electronic devices in their bedrooms or beds, and 95% said they do so within an hour of bedtime, it stands to reason that this may contribute to why 72% of American high school students, 35% of American adults and 25% of young children report having insufficient sleep. Most experts agree that the best thing to do is clearly divide your sleeping space from the spaces where you keep any electronic devices that aren’t necessary for your sleep (such as a CPAP or an alarm clock). Think of the electronic devices as chargers that juice up your brain, activating neurons and keeping them firing, and the act of physically distancing yourself from them as allowing that charge to run low. This is how you can fall asleep.

There may one day be a solution for electronic technology keeping us up that will not rely on keeping us away from our favorite devices. But that day is not here yet.Advertisement:

“Studies with stronger research design and of higher quality are needed to draw solid conclusions about electronic media’s impact on other sleep outcomes,” the BMC Public Health scientists explained. “Public awareness and interventions could be promoted about the potential negative impact on children’s sleep of electronic media devices that are used excessively and close to bedtime.”

If that day arrives, it won’t end our sleep disorders; the study on Amish and Mennonite sleepers proves that. The results there were mixed — some traits like altered wake times got passed on in a statistically significant way, but not others.

That study does reveal, however, that there is hope for helping those of us who love our technology to do so in a way that doesn’t literally keep us up at night.