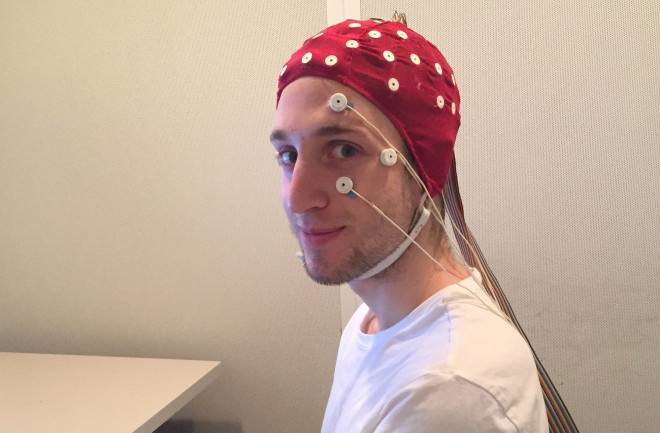 In a dream, fluorescent lights flicker over your head. Short, short, long … short, long. It’s Morse code, sent from a scientist in the waking world who’s watching you sleep under a light they’re controlling. After receiving the full message, you shift your closed eyes left then right, four times, to signal your reply.

During a lucid dream, people are aware they’re dreaming. Skilled lucid dreamers not only have these dreams often, but they can remember instructions given to them before falling asleep. This allows dreamers in a lab setting to respond — often with strategic eye movements — to onlooking researchers who send prompts to the sleeping subjects. In April, researchers reported that they talked to lucid dreamers, and the dreamers talked back.

“When I first saw it happening, I was like, ‘This can’t be real,’ ” says lead author Karen Konkoly, cognitive neuroscientist at Northwestern University, recalling her first successful trial when a sleeping test subject gave the predetermined eye signal that he was in a lucid dream, then accurately answered a basic math question she asked him.

The report, published in Current Biology, unites independent efforts from researchers in the U.S., France, Germany and the Netherlands who had all established two-way communication with lucid dreamers. Some used verbal cues or lights flashing in Morse code to present math problems to their sleeping subjects; others asked yes or no questions. Some participants replied with eye movements, others with facial twitches. But across the methods, the results were consistent: Lucid dreamers can receive messages, think about them, and reply — all while staying asleep.

The groundwork for the study was laid decades ago. In 1984, a single lucid dreamer showed he could count and communicate the number of electrical shocks he received. But the researchers say this new study is the first to establish the beginnings of an actual dialogue. Beyond that, applications for this insight remain up in the air.

Before we start having in-depth conversations with dreamers, barriers remain — such as preventing the sleepers from waking up. But the hope is that this work will open a new door to understanding dreams, brain function during sleep, and more. Until then, you might start refining your lucid dreaming skills.