Intestinal bacteria contribute to the effect of stimulating environments on the brain’s ability to adapt, a study concludes. 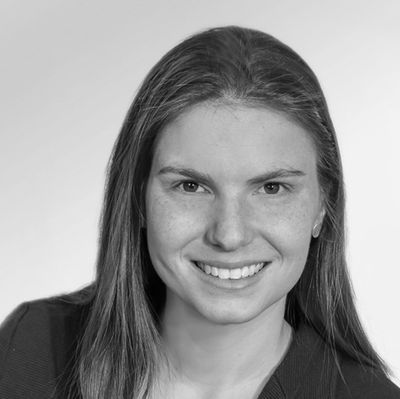 The study “provides very interesting new insights into possible beneficial effects of environmental enrichment on the brain that might act via the gut,” writes Anthony Hannan, a neuroscientist at the Florey Institute of Neuroscience and Mental Health in Australia who was not involved in the study, in an email to The Scientist. “This new study has implications for how we might understand the beneficial effects of environmental enrichment, and its relevance to cognitive training and physical activity interventions in humans.”

In previous studies, mice raised in what scientists call an enriched environment—one in which they have more opportunities to explore, interact with others, and receive sensory stimulation than they would in standard laboratory enclosures—have been better able to modify their neuronal circuits in response to external stimuli than mice raised in smaller, plainer cages. Paola Tognini, a neuroscientist at the University of Pisa and lead author of the new study, writes in an email to The Scientist that she “wondered if endogenous factors (signals coming from inside our body instead of the external world), such as the signals coming from the intestine, could also influence brain plasticity.”

To assess plasticity, the team used monocular deprivation, where the input to one eye is blocked by sewing it shut so that neurons in the visual cortex are driven to shift to responding to the other eye. In mice raised in enriched cages, this shift can be observed after several days of deprivation, while the neurons of mice raised in standard housing never make the shift.

In a first step, the researchers analyzed the spectrum of bacteria present in the guts of mice raised in standard cages and in enriched cages. Although both groups of mice ate the same diet, the microbiota composition in their gut began to differ as the mice grew up, and had diverged substantially by 90 days after birth.

To investigate whether signals from the intestine contribute to differences in plasticity, the team removed the gut microbiota by adding a cocktail of antibiotics to the water of dams and their offspring. For antibiotic-treated mice in enriched cages, the plastic response to monocular deprivation of the right eye, tested at 4 months of age, disappeared.

“In those animals without an intact microbiota, [the enriched environment] was not able to promote plasticity anymore,” writes Tognini.

Finally, the researchers explored a potential mechanism for these observations. They focused on dendritic spines, connection points on neurons that receive signals from neighboring cells and whose dynamics have been linked to neuronal plasticity. The researchers observed that environmental enrichment induced the growth of new dendritic spines in the visual cortex, but feeding mice the antibiotic cocktail prevented this increase in spine density. Conversely, plasticity, as measured using monocular deprivation, was promoted when mice reared in standard cages were fed with a mixture of short-chain fatty acids (SCFAs), metabolites produced by gut microbes.

“We know that [environmental enrichment] affects brain plasticity and the field has focused on searching for neuroplasticity-related known genes/pathways,” Sandrine Thuret, a neuroscientist at King’s College London who was not involved in the study, writes in an email to The Scientist. The new study, she says, “reveal[s] convincingly that information coming from the gut microbiota contribute to [environmental enrichment]-driven cortical plasticity.”

How the gut microbiota could drive changes in dendritic spines is a next question. The researchers think it might be linked to changes in microglia, immune cells of the nervous system. In mice living in enriched cages, the tree-like arbor of microglia, mobile structures that extend from the cell body, are more branched than in mice living in standard cages. When the researchers fed mice in standard cages short-chain fatty acids, the microglia were more complex and branched. “[W]e speculated that signals coming from the gut microbiota, for example the metabolites short-chain fatty acids (but we cannot exclude other messengers from the gut), could ‘talk’ to microglial cells and induce them to remodel specific synapses and thus dendritic spines, with consequential promotion of cortical plasticity,” Tognini says.

“I agree with the conclusion about the possible role of the microbiome on environmentally induced neuroplastic effects,” writes Emeran Mayer, a neurobiologist at the University of California, Los Angeles, who has investigated communication between the brain and gut but was not involved in the present study. However, as SCFAs are volatile, diverse, and have multiple effects on different cell types, he says it’s not possible to draw conclusions about the role of these metabolites based on their oral administration in the study. “I think it is highly unlikely that a single or combination of SCFAs alone are the mediators of this effect,” adds Mayer, suggesting that metabolomics or metatranscriptomics analyses are needed to identify those mediators. He says he’s skeptical that the study’s findings have implications for human brain development and disorders, as the authors suggest in the study.

Hannan notes that the study has several limitations, such as the presence of running wheels in enriched cages but not in standard cages. “All of the effects they observed [of environmental enrichment on the microbiome] could be due to physical exercise alone (including the increased physical activity associated with interacting with environmental enrichment objects),” he writes. Physical exercise is, indeed, one of a mix of factors, including increased exploration, that Tognini suggests could affect a mouse’s metabolic status and its microbiota.

See “How Exercise Reprograms the Brain”

Other limitations Hannan lists include the administration of SCFAs at higher concentrations than are released by the gut microbiota, and a potential confounding effect from sex differences due to the low numbers of animals of each sex used in some experiments. Despite these limitations, he adds, “this present study provides further important evidence that environmental enrichment might act on the brain at least partly via the gut and associated microbiota.”