Where are memories stored in the brain? Research suggests they may be in connections between cells 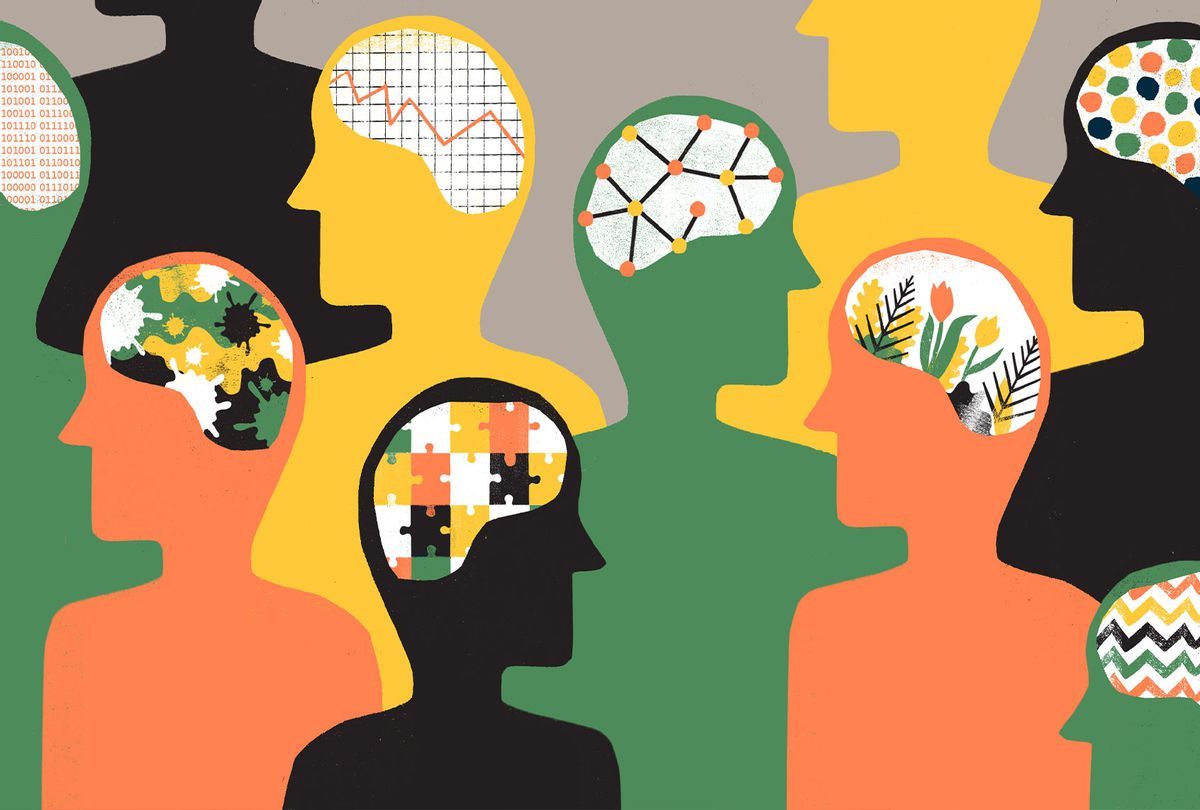 This article was originally published on The Conversation.

All memory storage devices, from your brain to the RAM in your computer, store information by changing their physical qualities. Over 130 years ago, pioneering neuroscientist Santiago Ramón y Cajal first suggested that the brain stores information by rearranging the connections, or synapses, between neurons.

Since then, neuroscientists have attempted to understand the physical changes associated with memory formation. But visualizing and mapping synapses is challenging to do. For one, synapses are very small and tightly packed together. They’re roughly 10 billion times smaller than the smallest object a standard clinical MRI can visualize. Furthermore, there are approximately 1 billion synapses in the mouse brains researchers often use to study brain function, and they’re all the same opaque to translucent color as the tissue surrounding them.Advertisement:https://2ee8c86b2b3674a24cd712f329fc7950.safeframe.googlesyndication.com/safeframe/1-0-38/html/container.html

A new imaging technique my colleagues and I developed, however, has allowed us to map synapses during memory formation. We found that the process of forming new memories changes how brain cells are connected to one another. While some areas of the brain create more connections, others lose them.

Previously, researchers focused on recording the electrical signals produced by neurons. While these studies have confirmed that neurons change their response to particular stimuli after a memory is formed, they couldn’t pinpoint what drives those changes.Advertisement:

To study how the brain physically changes when it forms a new memory, we created 3D maps of the synapses of zebrafish before and after memory formation. We chose zebrafish as our test subjects because they are large enough to have brains that function like those of people, but small and transparent enough to offer a window into the living brain.

To induce a new memory in the fish, we used a type of learning process called classical conditioning. This involves exposing an animal to two different types of stimuli simultaneously: a neutral one that doesn’t provoke a reaction and an unpleasant one that the animal tries to avoid. When these two stimuli are paired together enough times, the animal responds to the neutral stimulus as if it were the unpleasant stimulus, indicating that it has made an associative memory tying these stimuli together.

As an unpleasant stimulus, we gently heated the fish’s head with an infrared laser. When the fish flicked its tail, we took that as an indication that it wanted to escape. When the fish is then exposed to a neutral stimulus, a light turning on, tail flicking meant that it’s recalling what happened when it previously encountered the unpleasant stimulus.Advertisement:https://2ee8c86b2b3674a24cd712f329fc7950.safeframe.googlesyndication.com/safeframe/1-0-38/html/container.html

Pavlov’s dog is the most well-known example of classical conditioning, in which a dog salivates in response to a ringing bell because it has formed an associative memory between the bell and food. Lili Chin/Flickr, CC BY-NC-ND

To create the maps, we genetically engineered zebrafish with neurons that produce fluorescent proteins that bind to synapses and make them visible. We then imaged the synapses with a custom-built microscope that uses a much lower dose of laser light than standard devices that also use fluorescence to generate images. Because our microscope caused less damage to the neurons, we were able to image the synapses without losing their structure and function.Advertisement:https://2ee8c86b2b3674a24cd712f329fc7950.safeframe.googlesyndication.com/safeframe/1-0-38/html/container.html

This image shows neurons in a live fish brain, with the synapses colored in green. Zhuowei Du and Don B. Arnold, CC BY-NC-ND

When we compared the 3D synapse maps before and after memory formation, we found that neurons in one brain region, the anterolateral dorsal pallium, developed new synapses while neurons predominantly in a second region, the anteromedial dorsal pallium, lost synapses. This meant that new neurons were pairing together, while others destroyed their connections. Previous experiments have suggested that the dorsal pallium of fish may be analogous to the amygdala of mammals, where fear memories are stored.Advertisement:https://2ee8c86b2b3674a24cd712f329fc7950.safeframe.googlesyndication.com/safeframe/1-0-38/html/container.html

https://www.youtube.com/embed/YLVdRPVj-XM?wmode=transparent&start=0
Researchers from Howard Hughes Medical Institute captured video of the firing neurons of a baby zebrafish as it sees things and tries to move.Advertisement:https://2ee8c86b2b3674a24cd712f329fc7950.safeframe.googlesyndication.com/safeframe/1-0-38/html/container.html

Our new method of observing brain cell function could open the door not just to a deeper understanding of how memory actually works, but also to potential avenues for treatment of neuropsychiatric conditions like PTSD and addiction.

Associative memories tend to be much stronger than other types of memories, such as conscious memories about what you had for lunch yesterday. Associative memories induced by classical conditioning, moreover, are thought to be analogous to traumatic memories that cause PTSD. Otherwise harmless stimuli similar to what someone experienced at the time of the trauma can trigger recall of painful memories. For instance, a bright light or a loud noise could bring back memories of combat. Our study reveals the role that synaptic connections may play in memory, and could explain why associative memories can last longer and be remembered more vividly than other types of memories.Advertisement:https://2ee8c86b2b3674a24cd712f329fc7950.safeframe.googlesyndication.com/safeframe/1-0-38/html/container.html

Currently the most common treatment for PTSD, exposure therapy, involves repeatedly exposing the patient to a harmless but triggering stimulus in order to suppress recall of the traumatic event. In theory, this indirectly remodels the synapses of the brain to make the memory less painful. Although there has been some success with exposure therapy, patients are prone to relapse. This suggests that the underlying memory causing the traumatic response has not been eliminated.

It’s still unknown whether synapse generation and loss actually drive memory formation. My laboratory has developed technology that can quickly and precisely remove synapses without damaging neurons. We plan to use similar methods to remove synapses in zebrafish or mice to see whether this alters associative memories.

It might be possible to physically erase the associative memories that underlie devastating conditions like PTSD and addiction with these methods. Before such a treatment can even be contemplated, however, the synaptic changes encoding associative memories need to be more precisely defined. And there are obviously serious ethical and technical hurdles that would need to be addressed. Nevertheless, it’s tempting to imagine a distant future in which synaptic surgery could remove bad memories.https://counter.theconversation.com/content/174578/count.gifAdvertisement:

This article is republished from The Conversation under a Creative Commons license.