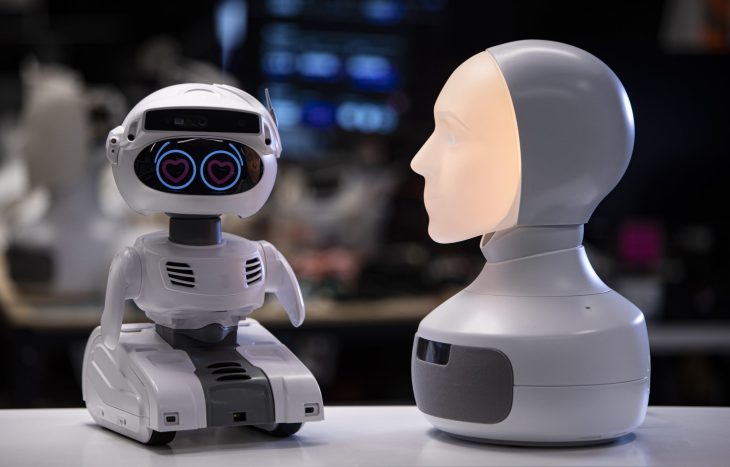 Misty has had a hell of a journey of it. After raising $11.5 million from Foundry and Venrock, then crowdfunding its personal robot, the company hit a series of challenges. Today, Swedish social robotics company Furhat Robotics is offering the beleaguered startup a gentle landing in what the Swedish company says is an all-cash deal. Furhat is tight-lipped about the financial details of the deal, but tells TechCrunch that the acquisition was designed to give Furhat a leg up on the hardware side, allowing it to leverage its social robotics software on new platforms.

The curiously named Furhat Robotics is planning to keep Misty Robotics’ Colorado home as the base for its U.S. operations, and is keeping eight of the most senior staff members of the company as it is finding ways to integrate the two technologies.

“We’re keeping the senior team; the head of operations, engineering, business development, and senior software developers are joining us, ” says CEO and co-founder of Furhat Robotics, Samer Al Moubayed. “Misty has done a great job in building a very scalable production operation, building the products by a well-known partner in China.”

The companies claim they are operating from a “unified vision”, and say that Furhat Robotics will continue to support the Misty Robotics brand, helping develop and expand the product range, as well as integrating Furhat and Misty features to enhance future social robots.

“Acquisitions in the world of social robotics are very rare. This might be the first time this happens in history, actually. It’s just a very early stage of the industry,” says Al Moubayed. “This company spun out of Spiro. What’s very unique about the robot is that it might look like a toy, but it’s very likable, very approachable. And yet, it’s extremely advanced. What Misty Robotics succeeded at, is they put the best technologies available in the world in a very likable robot.”

The Furhat team suggests that its own product — a robot with a rear-projected animated face on it — is great for social robots that need to have an adult personality, such as airports, train stations or medical applications. What Misty adds to the mix is something that is far more extensible, and can be more expressive with its little arms and facial expression. Nonetheless, the Furhat team explains that while the two robots look very different, they have a lot in common, as well.

“For us, Misty is the piece that is that was missing. It helps us access a larger market focusing on education, for example,” explains Al Moubayed, exploring how the acquisition came about. “The technologies are very similar, but Misty is great at the hardware front, and we are very strong on software. Instead of building a new robot for educational use, Furhat decided to start looking for another solution.”https://buy.tinypass.com/checkout/template/cacheableShow?aid=Fy7FpgyUxA&templateId=OTOB0H38YGQ3&templateVariantId=OTV1V1DC6NEES&offerId=fakeOfferId&experienceId=EXC78P3VUPI4&iframeId=offer_d2831acf8fd4daff9774-0&displayMode=inline&widget=template&url=https%3A%2F%2Ftechcrunch.com

“Furhat Robotics is a true pioneer in its field,” commented founder and head of Product at Misty Robotics, Ian Bernstein. “We are joining forces to bring the future of robotic applications into the present and the combination of our specialties means that we will see even more incredible real-life applications of this amazing technology in the near future. Social robots are already playing a significant role in our lives, and by applying our combined expertise to solve real-world issues, the sky truly is the limit.”