Big Food is ready to sell you more plant-based meat

This story is part of a group of stories called

Finding the best ways to do good.

Animal agriculture accounts for around 15 percent of global greenhouse gas emissions — yet lawmakers largely ignore it when crafting policy to combat climate change.

That neglect extends to the food industry more broadly, which for a long time has paid even less attention to its emissions than the energy or transport sectors. But as big fast food chains, grocers, and food manufacturers roll out sustainability plans, some are specifically committing to increasing and promoting their plant-based offerings, which are much less carbon-intensive than conventional meat and dairy products.

Panera Bread kicked things off two years ago when it announced in January 2020 that it would make half of its menu plant-based in several years, up from 25 percent vegetarian at the time. Earlier this month, Burger King UK went a step further by announcing a plan to make its menu 50 percent plant-based by 2030 as a way to achieve its goal of reducing greenhouse gas emissions by 41 percent by 2030. And this week, McDonald’s announced plans to trial its McPlant burger made with Beyond Meat in 600 San Francisco and Dallas-Fort Worth area locations starting February 14.

Want to eat less meat but don’t know where to start? Sign up for Vox’s 5-day newsletter full of practical tips — and food for thought — to incorporate more plant-based food into your diet.

The change has been swift. In a report published late last year, FAIRR, or Farm Animal Investment Risk & Return — a nonprofit that lobbies food corporations to address the environmental and social risks of factory farming — found that the 25 companies it lobbies are all at work developing their own plant-based products, while seven of them have announced specific targets to expand their plant-based sales.

For example, Tesco — a UK-based grocer with locations across Europe — plans to increase plant-based food sales by 300 percent from 2018 to 2025. The company will achieve this, in part, by “[providing] plant-based proteins where a meat version is featured,” according to a leaked letter written by former CEO David Lewis. 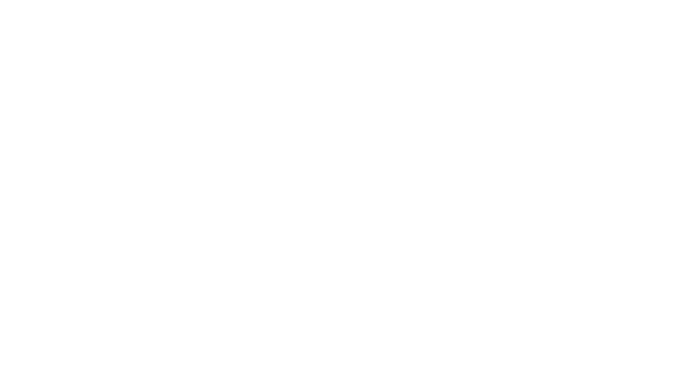 “Like you, we realise the UK needs to reduce meat and dairy consumption,” Lewis said in the letter. The company recently told Vox it is now a third of the way toward reaching that goal.

On its face, this seems like big progress for animal welfare and the climate, and in many ways it certainly is. Pledges to dramatically increase plant-based food sales — if fulfilled — will introduce new products to a lot more people and further normalize alternatives to factory-farmed meat, eggs, and milk. And increased sales will help plant-based startups scale, which should bring down prices.

But as positive as these commitments are, they probably won’t make much of a dent in reducing Big Food’s greenhouse gas emissions or put fewer animals in factory farms, at least not in the short term. That’s because the pledges are additive, meaning they involve selling consumers more plant-based food but not necessarily less animal-based food.

For a while, it’ll be hard to tell if increased plant-based sales are making a difference on sustainability and welfare, according to Stacy Pyett, program manager of the Proteins for Life research program at Wageningen University & Research in the Netherlands.

“Although we’re seeing significant growth in the purchase of [plant-based] products, we don’t see a corresponding decline in meat consumption across most of the wealthy world,” she said. That’s partly because that growth is starting from a very low baseline. In the US, plant-based meat sales grew 45 percent from 2019 to 2020, but still comprise about 1 percent of retail meat sales by volume.

But successfully pressuring companies to actually displace their meat and milk with plant-based alternatives? That would be meaningful — and seems like the next logical step in the effort to reform factory farming.

The possibilities and limitations of corporate pledges

There’s precedent in the food industry for what kind of impact true “displacement” commitments could have. Over the last 15 years, animal advocates have gotten hundreds of food companies to commit to switching all of their eggs to cage-free, and now many are on track to follow through.

These corporate cage-free commitments — paired with state laws that ban cages — have resulted in about 95 million fewer hens locked into cages in the US today than there were in 2010, making it a true example of positive displacement. And that number is expected to rise each year as companies fulfill their pledges and state laws go into effect.

A good model might be the auto industry. For years, automakers added new hybrid and electric models on top of their mostly gas-fueled fleets. But recently, many of the biggest in the industry, including Toyota, GM, and Ford, have pledged that at least 40 percent of their new cars worldwide won’t use gasoline by 2030 — meaning gasoline-powered cars will be taken off the road to make room for electric vehicles.https://c7c45179c08787a8aa08d2c49d221315.safeframe.googlesyndication.com/safeframe/1-0-38/html/container.html

That could be a strategy for targeting our food system. And one way to carry it out is to pay attention to pledges that specifically call for a bigger ratio of plant-based to animal meat sales.

If 10 percent of a company’s protein and dairy sales are vegetarian now, why not lobby them to hit 20 percent by 2030? It’s the share of plant-based sales that ultimately counts for the climate and animal welfare, after all, not total sales — that is, assuming a company’s animal meat sales don’t significantly rise in tandem, which would offset climate or animal welfare gains made by an uptick in plant-based sales.

Jo Raven, senior manager of research and engagements at FAIRR, told me the organization will continue to engage the more plant-inclined companies so that they “are not just increasing the sales of meat and dairy alternatives alongside sales of traditional meat,” and that “there needs to be a shift in the actual composition of their [food] portfolio.”

She pointed to one example where a company has actually committed to making a sizable share of one of its categories plant-based: Unilever, which owns ice cream brands Ben & Jerry’s, Cornetto, Breyers, and Magnum, and pledged to make 20 percent of its ice-cream portfolio composition non-dairy by 2030 (it’s currently at 10 percent).

In an emailed statement, Matt Close, executive vice president of global ice cream at Unilever, told me that they’ll get there by adding new non-dairy flavors (Ben & Jerry’s recently added two new ones, for example). Even bolder are the 50 percent plant-based menu pledges by Burger King UK and Panera Bread. (Burger King UK aims to hit the target by 2030, while Panera Bread’s is unspecified but its CEO told Business Insider in 2020 it’s working to achieve this over the next several years.)

Like any other corporate pledge, these are non-binding and voluntary. Although the business world is starting to take climate change more seriously, many sustainability pledges are either not met or aren’t ambitious enough to meaningfully reduce emissions. New laws and regulations are what’s needed to really move the needle.

While it’s hard to imagine governments taking bold action in the near future — if ever — to reduce meat and dairy production, there are rumblings. The Dutch government has introduced a $28.3 billion, 13-year proposal to pay farmers to stop raising animals, raise fewer animals, or relocate their herds, all in an effort to reduce animal manure pollution by reducing the number of pigs, chickens, and cows by a third. Several governments have even entertained imposing a meat tax, though the politics of that are extremely challenging.

But in the corporate realm, real progress will be determined by how much of these pledges become reality and how willing these companies are to juice up their commitments and be truly disruptive as emissions continue to rise.

“We need to be ambitious and bold,” Rachel Dreskin, of the trade group Plant Based Foods Association, told me. “I think a lot of food companies are going to come around to this, even those that have had the majority of their portfolios based in animal products — or historically all. I think the moment is now.”

One intermediate strategy grocers and other food companies could use to increase plant-based purchasing — given they’re not likely to reduce animal product availability anytime soon, if ever — is what Pyett calls “choice architecture,” or changing the environments where people eat and purchase foods.

A prime example of choice architecture at work is Kroger’s decision to sell its plant-based meats and cheeses in the conventional meat and cheese sections, rather than in a separate vegan aisle. “The research found that when plant-based meats were placed within the animal meat departments, sales increased by 23 percent versus being sold in a separate section,” said Dreskin, whose Plant Based Foods Association conducted in-store tests with Kroger.

Google’s move to put plant-based healthy foods up front in its corporate cafeterias is another example.https://c7c45179c08787a8aa08d2c49d221315.safeframe.googlesyndication.com/safeframe/1-0-38/html/container.html

A study conducted by Hannah Malan at a UCLA dining hall, where students don’t have to pay extra for plant-based meat, found that heavy promotion of a burrito with Impossible Foods’ ground beef caused around a tenth to a quarter of students to choose the Impossible burrito, and about half of them chose it over animal meat. (Some students selected the Impossible version over the third option — a veggie-based burrito — but there was still a net increase in plant-based consumption.)

The environmental nonprofit World Resources Institute has published research into how small changes in marketing can nudge consumers to purchase more plant-based food. Three of its recommendations include mentioning the provenance of a dish, avoiding restrictive healthy language, and mixing in vegetarian dishes with meat-based dishes on menus, rather than relegating them to the Siberia of the “vegetarian section.”

Some of the grocers FAIRR is engaging with are working on choice architecture. In addition to selling plant-based meat next to animal-based meat, some have committed to better promoting plant-based foods in their stores. Last year Tesco dropped prices on dozens of its private-line vegetarian products to make them more accessible.

This “nudge” approach might be the best option for now. Even though there’s a lot of consumer excitement around plant-based foods, it’s still a niche category, so measurably reducing meat and dairy offerings in-store and on menus would likely backfire for any company that tried it.

Instead, Pyett says, “Policymakers and industry and retail need to collaborate and talk about what kind of food choice architecture we want to build — what should a supermarket look like to [help people] make the right, healthy choice?”