A Yet Unknown Neural Mechanism of Habit Formation Identified 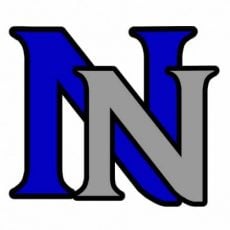 Summary: Study provides insight into the behavioral function of dopamine signaling in the striatum.

There is little doubt that dopamine transmission in the brain plays a role in habit formation. However, two central questions that remain are which of the different dopamine projection pathways in the brain are critical, and how pathway-specific dopamine signaling changes over the course of habit development. Researchers from the Netherlands institute of Neuroscience (NIN) now show findings that challenge the status quo in the field of behavioral neuroscience.

“It is widely assumed that dopamine signaling ceases once a habit is fully developed”, says Ingo Willuhn, researcher at the Netherlands Institute for Neuroscience and Amsterdam UMC.https://d-13014374162110619340.ampproject.net/2201212122003/frame.html

Other theoretical models assume that during the process of habit development dopamine signaling shifts between different regions of the striatum – a brain area crucial for motor function and reward learning. For example, dopamine release in the limbic and associative regions of the striatum is important when a new behavior is learned, whereas dopamine in the sensorimotor striatum is coming ‘online’ later with increasing practice of a behavior and is thought to be critical for habit information.

“With this study, we reform the widely accepted theoretical models on dopamine signaling with the finding that striatal dopamine signals neither cease nor shift between regions during habit formation,” says Willuhn.

The results were published in Current Biology.

In this study, Willuhn and his colleagues tracked striatal dopamine signaling during the development of habitual behavior. In the associative striatum – a brain region previously associated with non-habitual behavior – dopamine release increased during action initiation in habitual rats and decreased during action completion, whereas non-habitual rats showed the opposite pattern.

Optogenetic stimulation of dopamine release in this region was sufficient to accelerate habit information. Answering these questions has been hindered both by lacking appropriate neuro-measurement tools to record brain activity from all the relevant pathways, as well lacking behavioral testing paradigms with sufficient sensitivity.

However, by utilizing an optimized voltammetric technique, members of the Willuhn lab measured second-by-second dopamine release simultaneously in limbic, associative, and sensorimotor domains of the striatum across ten weeks of behavioral training in a novel custom-designed task.

Identification of brain mechanisms that drive the development of habitual behavior has been of great interest for decades. This is because this type of action automation is a fundamental building block of behavior and, at the same time, is thought to be dysregulated in many psychiatric disorders. Willuhn: “This research represents a step forward in our understanding of the behavioral function of dopamine signaling in the striatum”.

About this neuroscience research news

Water Pill May Be Viable to Test as Alzheimer’s Treatment

Thus, we demonstrate that dopamine signals do not shift regionally during habit formation and that dopamine in DMS, but not VMS or DLS, determines habit bias, attributing “habit functions” to a region previously associated exclusively with non-habitual behavior.