Want to boost your emotional IQ? Just spin the wheel! It was invented in the Eighties by a top psychologist. Now the Wheel of Emotions is back. CLAUDIA CONNELL spends a week trying to shift her dial from midlife rage to unbridled joy

By CLAUDIA CONNELL FOR THE DAILY MAIL

A couple of weeks ago, if anybody had asked me to describe what sort of person I am on an emotional level, I would have used words like: balanced, confident, upbeat. Today, having scrutinised my moods for a week, I would have to scrap the above in favour of: irritable, miserable, old boot.

Why? Because according to my ‘emotional wheel’, my feelings are more negative than positive and words like ‘rage, annoyance and loathing’ seem to appear far more often than they should when I keep a mood diary.

To put it frankly, on paper, I look like someone I’d actively cross the street to avoid.

For the past week, I have been keeping track of my feelings with the aid of Plutchik’s Wheel of Emotions. This was invented by American psychologist Dr Robert Plutchik in 1980 but is very much back in vogue. 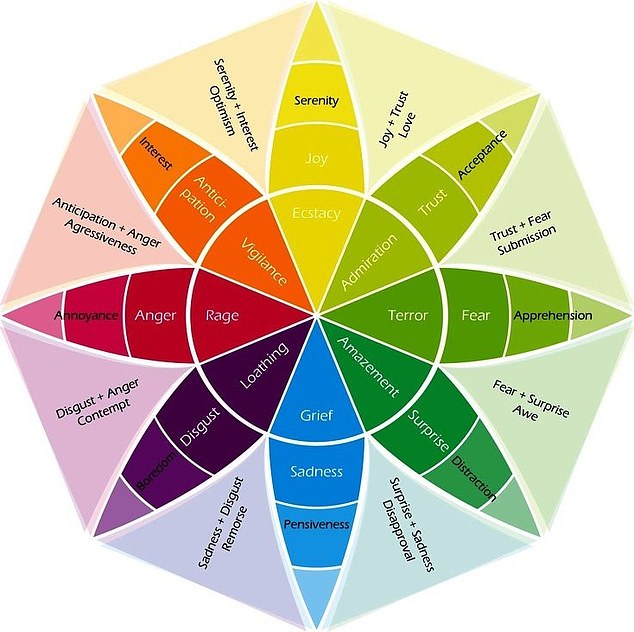 Although humans are said to experience around 34,000 different emotions, Dr Plutchik believed they all stem from eight primary ones: anger, fear, sadness, disgust, surprise, anticipation, trust and joy.

These basic feelings can then intensify, or become milder, and each emotion has a polar opposite.

He created a wheel that captured all of this as a tool to help us improve our ‘emotional intelligence’ — a concept that today, four decades on, is winning hundreds of thousands of Instagram hits and a cohort of celebrity fans.

With actresses such as Gwyneth Paltrow and Jennifer Aniston encouraging us to be more aware of our feelings in order to conquer difficult ones, the wheel’s ability to help us identify and measure them is bang on-trend.

Although there’s no hard and fast way to use his wheel, Dr Plutchik’s pretty diagram is intended to help us take a spot-check of our emotional temperature.

By working out precisely what we feel at any given moment, we can watch to see if, over time, any regular patterns emerge and then understand what the triggers are so we can modify our behaviour accordingly, rather than react in a state of stress.

In the past, I’ve been more of a ‘just get on with it’ type of person, but the uncertainty of the past two years has made me feel more vulnerable. So, what harm could it do to track my mood for a week?

Since the emotions are all colour coded, at first glance it looks a bit like a Farrow & Ball paint chart, only with less romantic names. Instead of ‘Skimming Stone’, there’s ‘Rage’; and instead of ‘Nancy’s Blushes’, there’s ‘Disgust’. 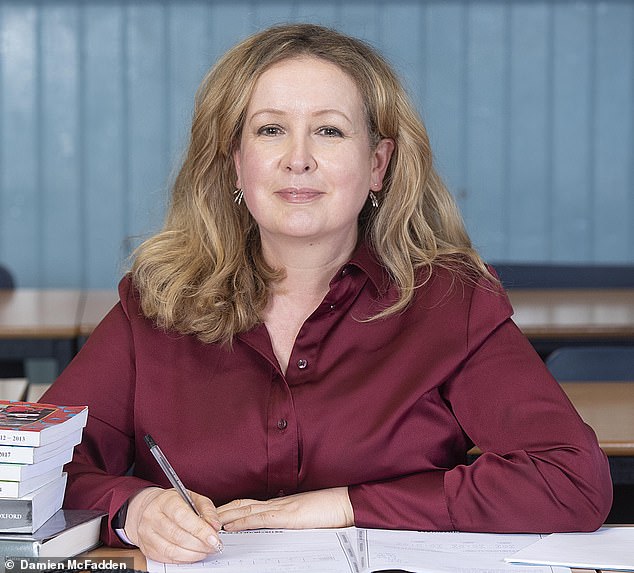 I pin my wheel to my fridge and decide I will check in with it three times a day, at breakfast, lunch and evening, and note how I’m feeling. On day one, a freezing morning in January, I wake after the most amazing night’s sleep feeling revived and ready to tackle the world.

I’d made a healthy batch of bircher muesli the night before and pluck the words ‘joy’ and ‘admiration’ from my wheel. The admiration is for me, starting my diet. Never mind emotional wheels, I have a spare tyre in urgent need of attention.

I consider writing ‘ecstasy’ in my mood diary but decide it’s too much and would be fitting only if Hugh Jackman was serving my muesli.

When lunchtime comes around, I’ve been for a walk, eaten a Greek salad with no dressing and feel positive and buzzing. As none of the other words on the wheel seem to capture my mood, I stick with ‘joy’ and ‘admiration’.

It’s been a good day. I think I do feel ecstasy (and a bit tipsy)

Come the evening, a job offer has come my way and I celebrate with a glass of wine, breaking my dry-January resolution. It’s a really good glass of Sancerre and, you know what, I think I do feel ‘ecstasy’ (and a bit tipsy).

I Google a picture of Dr Plutchik, who died in 2006, and decide he was a bit of a silver fox in his day. Joy, admiration and ecstasy. It’s been a good day.

It could have been the wine, but I have a terrible night’s sleep. At 7.30am, a utility company starts digging up the road right outside my bedroom window. My muesli has turned to prison food slop. Goodbye ‘joy’ and hello ‘annoyance’.

By lunchtime I realise I’ve got a hangover (it was quite a big glass of Sancerre) and the drilling is driving me to distraction. As ‘murderous’ isn’t on the wheel, I go with ‘rage’.

My lack of sleep and bad mood means I miss a work deadline and end the day feeling ‘anger’. 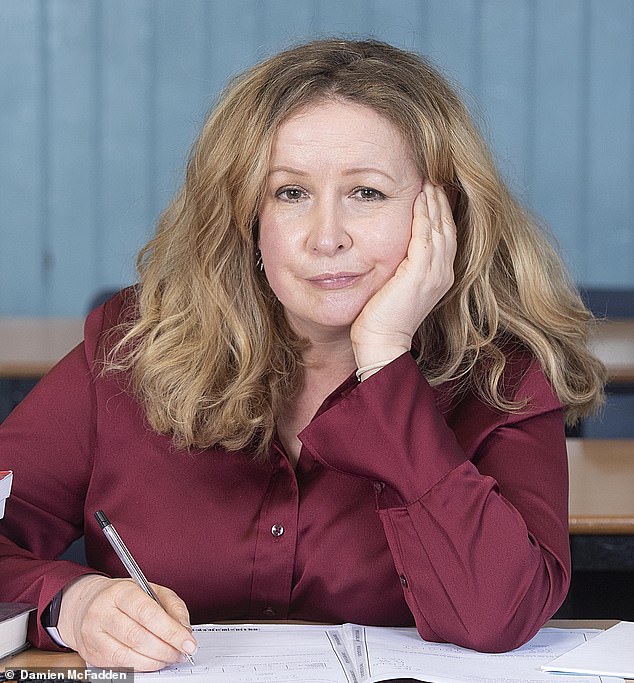 So, to sum up: annoyance, rage and anger. That’s not good. I make a note to try to feel more Pollyanna in the coming days.

But things only go downhill. My sleep gets worse, the drilling gets louder and a friend I had arranged to meet for coffee forgets and is a no-show at the cafe.

The words on my wheel now feel far too restrictive. To cheer myself up, I order in a curry and break my diet.

If I were to reinvent Dr Plutchik’s wheel, I would definitely add ‘takeaway regret’ as one of the categories. Instead, I’ve written down: anger, rage, annoyance, loathing, disgust.

On day four, I feel better. Not on top of the world but OK. I boost my mood further by buying bed linen and towels online and lose several hours gossiping in a WhatsApp chat group. In the evening I go to a friend’s house for dinner and she serves the most amazing feast.

I’d definitely add ‘takeaway regret’ as one of the categories

My diet allows me 500 calories for my evening meal. I consume about 5,000, but it was worth it. I write down ‘joy’ and ‘interest’ — and then add in ‘amazement’ since the WhatsApp gossip was pretty juicy.

Day five requires me getting an early train to London for a meeting. But there’s a shortage of drivers, two in a row are cancelled and I arrive late, stressed and breathless. I also sprint so fast for a Tube train that I pull a hamstring muscle.

I limp home in the evening feeling sorry for myself, and in pain. I really go for it with my wheel and write down just about every negative emotion that appears, including sadness, fear and — my favourite — ‘rage’.

I have an overwhelming urge to rip my wheel up, but it has helped me recognise that negative emotions have dominated my week and must be addressed.

So, instead of hobbling anywhere, I give myself the day off and spend it watching Netflix and eating cheese and crackers. It’s a day of ‘distraction’ and ‘pensiveness’, which may not be ideal but it’s better than rage and loathing. 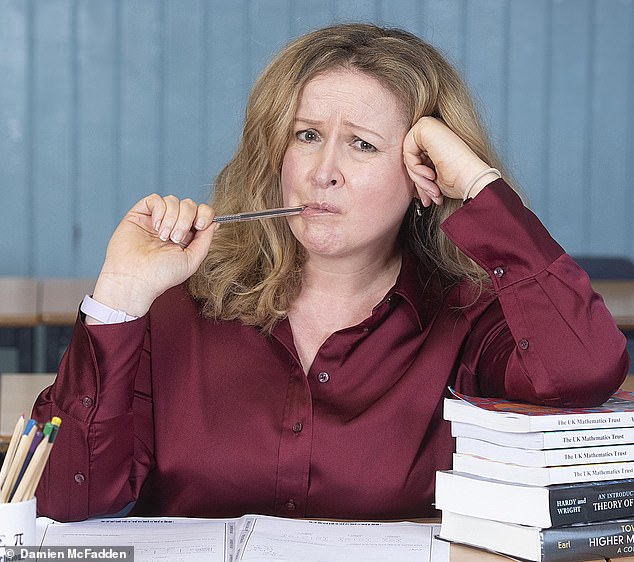 Claudia (pictured) said the wheel works to a certain degree, but she finds it impossible to pin a label to the way she is feeling

Ice packs and ibuprofen have eased my leg injury and on day seven the black cloud has lifted somewhat. I need to ring the council to chase my parking permit — but I can’t bear the thought of 40 minutes on hold and so I don’t bother.

Is this me becoming more emotionally intelligent and recognising my triggers and responding to them?

I don’t feel able to drive or go out but I call a friend and invite her for lunch. I note the astonishing mood-boosting effect that human contact can bring, but am still not back to lightness and joy.

What I’d like to write down is ‘meh’, but Dr Plutchik wasn’t down with Millennial speak.

Instead, I go with ‘apprehension’, because I receive a humungous gas bill and I don’t have enough to pay it, and ‘anticipation’ because I’ve decided to give the wheel another spin and go one more day to see if I can’t end on a high. I refer back to my first day where it began so well and recall the things that helped me feel more positive: eating healthily, going for a walk, getting my work done. I vow to do all of those things today.

Serenity? I don’t think that I’ve ever felt serene in my life

It works to a certain degree, but I find it impossible to pin a label to the way I’m feeling. I think I need to draw on one of the 34,000 other emotions rather than the handful the wheel limits me to.

Right at the top of the wheel is ‘serenity’. I don’t think I’ve ever felt serene in my life. Instead, my final entry is just one emotion: ‘acceptance’. Gammy leg aside, I feel mostly content with my lot in life — and that’s good enough for me.

I know that, deep down, I’m not an angry or rage-filled person: those are just fleeting snapshots during the most depressing season of the year.

But what do modern psychologists make of Dr Plutchik and his emotional wheel? Dr Tara Quinn-Cirillo says: ‘We’re still pretty rubbish when it comes to talking or thinking about our feelings.

‘I like the fact that this helps people to check in with themselves, and it’s useful for those who might have difficulty verbalising or identifying a feeling.

‘It was created to help people understand what drives their emotions and sets them off on their highest and lowest moods — and it can be helpful to look at a pattern of behaviour over a long period of time.

‘It’s limited, though, and some people might get overly reliant on it — and feeling compelled to note, name and act on how you’re feeling could in itself be overwhelming.

‘One focus of modern psychology is helping people understand that sometimes it’s OK to be able to sit with a feeling — that you might not need to act on how you feel, or pigeonhole it.’

As for me, I don’t think that I have a rage problem. I just think I had a bad week and that, really, I’m more of a Farrow & Ball paint chart than an emotional wheel kind of girl.