Three jabs a year of new NHS drug could save eyesight in 800,000 Brits, experts say

By ETHAN ENNALS FOR THE MAIL ON SUNDAY

Two eye conditions that cause blindness can be treated with a breakthrough drug that dramatically slows the loss of vision.

The medication, faricimab, could soon be offered to people with wet age-related macular degeneration (wet AMD), a leading cause of vision loss in over-60s, and to sufferers of diabetic macular oedema, an eye problem linked to diabetes.

Previous treatments for the conditions had to be given via an injection into the eye once a month, but the new medication is so effective just three jabs a year are needed.

Experts say this could herald a ‘significant change’ to the way both conditions are treated on the NHS. 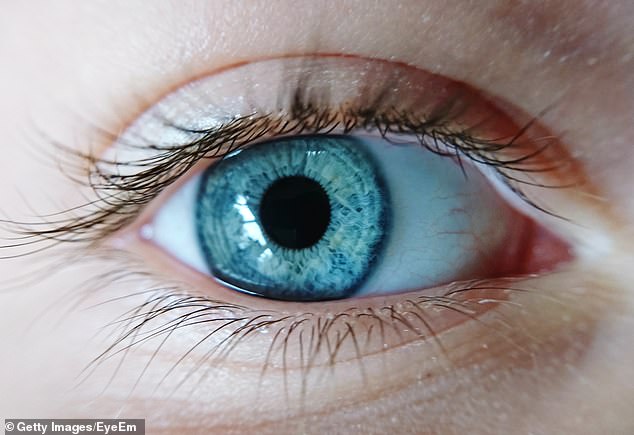 The medication, faricimab, could soon be offered to people with wet age-related macular degeneration (wet AMD), a leading cause of vision loss in over-60s, and to sufferers of diabetic macular oedema, an eye problem linked to diabetes (stock photo)

Faricimab stops fluid leaking into the eye, which is what causes the damage in both wet AMD and diabetic macular oedema.

This is similar to how current treatments work – however, studies suggest faricimab works far better, meaning it can be given less frequently.

Professor Ian Pearce, investigator on the trial and clinical ophthalmologist at Liverpool University Hospitals NHS Foundation Trust, said: ‘The option to extend the interval between injections would be really welcomed by patients and would be a significant change.

‘With no treatment, these patients could lose their vision in a matter of weeks, but equally no one particularly likes having a needle stuck in their eye.

‘This drug has the potential to make a big difference to patients’ lives and allow them to spend less time in hospital.’

While wet AMD and diabetic macular oedema are separate conditions they share the same cause.

In both, damage to the blood vessels near the eye leads to swelling in the macula, a patch of light-sensitive cells at the back of the eye responsible for central and fine-detail vision needed for tasks such as reading.

With wet AMD, which affects more than 600,000 Britons, abnormal and fragile blood vessels begin to grow under the macula for reasons not fully understood.

These begin to leak blood and fluid, putting pressure on the macula. Sufferers will usually first notice the middle part of their vision is blurred or distorted. Left untreated, this can lead to near-total loss of vision within weeks or months.

For those with diabetic macular oedema, the speed of degeneration is slower.

Over time, high blood sugar caused by diabetes can damage the tiny blood vessels near the eye, and fluid can begin to seep out and build up around the macula.

The acid in your stomach is so strong you could use it to make your own toilet cleaner.

Cells along the inner wall of the stomach produce gastric juices – up to two litres – that include highly corrosive hydrochloric acid to kill bacteria, prevent infection and aid digestion.

The same chemical is used to make potent products that remove rust and limescale from toilet bowls and some kitchen cleaning products that tackle stubborn stains.

To prevent the acid burning through the stomach lining, the cells also produce a new protective coating of mucus every two weeks.

While it can take several years before diabetic macular oedema leads to severe sight loss, because it develops earlier in life than AMD it can have a profound effect on the more than 200,000 UK sufferers.

‘It doesn’t take much vision loss to impact your ability to carry out day-to-day activities like driving,’ said Prof Pearce.

While some patients can receive light or laser therapy to destroy faulty blood vessels, the majority of people will receive injections directly into the eyeball.

These jabs target a protein in the blood called VEGF which can cause abnormal blood vessels to form.

Faricimab blocks production of VEGF in a similar way but is the first medicine to also reduce the level of a compound in the blood called Ang2, which at high concentrations can lead to leakage in blood vessels.

Philip Rumsby, 40, from Liverpool, was one of the first Britons to receive faricimab after he developed diabetic macular oedema four years ago.

The call-centre analyst had been living with type 2 diabetes for ten years before the condition developed.

‘I noticed something was off with my right eye. It was blurry and my vision had got worse in general, especially when reading. Being diabetic, I get regular eye check-ups, so within a few months the doctors picked it up.’

Philip was started on the faricimab trial and, at first, the injections were given every month. But after two years this was extended to every 12 weeks.

‘It really works,’ said Philip. ‘I don’t get the blurring any more and my vision’s improved too. The doctors showed me a scan. At the beginning there was loads of fluid in my eye. Now it’s all gone.’

Doctors have told Philip that the time between his injections could soon be extended again. He added: ‘If the drug keeps working as it is now, they might extend it by another month or even more.’