What is the double-slit experiment, and why is it so important?

Reality will surprise you. 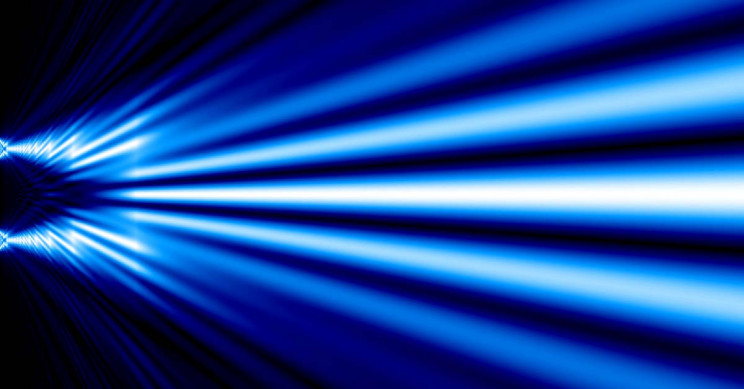 Few science experiments are as strange and compelling as the double-slit experiment.

Few experiments, if any, in modern physics are capable of conveying such a simple idea—that light and matter can act as both waves and discrete particles depending on whether they are being observed—but which is nonetheless one of the great mysteries of quantum mechanics.

It’s the kind of experiment that despite its simplicity is difficult to wrap your mind around because what it shows is incredibly counter-intuitive.

But not only has the double-slit experiment been repeated countless times in physics labs around the world, but it has also even spawned many derivative experiments that further reinforce its ultimate result, that particles can be waves or discrete objects and that it is as if they “know” when you are watching them.

What does the double-slit experiment demonstrate?

To understand what the double-slit experiment demonstrates, we need to lay out some key ideas from quantum mechanics.

In 1925, Werner Heisenberg presented his mentor, the eminent German physicist Max Born, with a paper to review that showed how the properties of subatomic particles, like position, momentum, and energy, could be measured.

Born saw that these properties could be represented through mathematical matrices, with definite figures and descriptions of individual particles, and this laid the foundation for the matrix description of quantum mechanics.

Meanwhile, in 1926, Edwin Schrödinger published his wave theory of quantum mechanics which showed that particles could be described by an equation that defined their waveform; that is, it determined that particles were actually waves.

This gave rise to the concept of wave-particle duality, which is one of the defining features of quantum mechanics. According to this concept, subatomic entities can be described as both waves and particles, and it is up to the observer to decide how to measure them.

If you try to define its momentum, you will find that behaves like a wave and you can’t know anything definitive about its position beyond the probability that it exists at any given point within that wave.

Essentially, you will measure it as a particle or a wave, and doing so decides what form it will take.

The double-slit experiment is one of the simplest demonstrations of this wave-particle duality as well as a central defining weirdness of quantum mechanics, one that makes the observer an active participant in the fundamental behavior of particles.

How does the double-slit experiment work?

The easiest way to describe the double-slit experiment is by using light. First, take a source of coherent light, such as a laser beam, that shines in a single wavelength, like purely blue visible light at 460nm, and aim it at a wall with two slits in it. The distance between the slits should be roughly the same as the light’s wavelength so that they will both sit inside that beam of light.

Behind that wall, place a screen that can detect and record the light that impacts it. If you fire the laser beam at the two slits, on the recording screen behind the wall you will see a stripey pattern like this:

This is probably not what you might have been expecting, and that’s perfectly rational if you treat light as if it were a wave. If the light was a wave, then when the single wave of light from the laser hit both slits, each slit would become a new “source” of light on the other side of the wall, and so you would have a new wave originating from each slit producing two waves.

When the waves cancel each other out, as when a peak hits a trough, the effect neutralizes the wavelength and diminishes or even eliminates the light, producing the blacked-out spaces in between the blue bars.

But in the case of quantum entities like photons of light or electrons, they are also individual particles. So what happens when you shoot a single photon through the double slits?

One photon alone reacting to the screen might leave a tiny dot behind, which might not mean much in isolation, but if you shoot many single photons at the double slits, those tiny dots that the photon leaves behind on our screen actually show up in that same stripey interference pattern produced by the laser beam hitting the double slits.

In other words, the individual photon behaves as if it passed through both slits like it was a wave.

We can set up a detector in front of one of the slits that can watch for photons and light up whenever it detects one passing through. When we do this, the detector will light up 50% of the time, and the pattern left behind on the screen changes, giving us something that looks like this:

And to make things even wilder, we can set up a detector behind the wall that only detects a photon after it has passed through the slit and we get the same result. That means that even if the photon passes through both slits as a wave, the moment it is detected, it is no longer a wave but a particle. And not just that, that second wave emerging from the other slit also collapses back into the particle that was detected passing through the other slit.

This seems to show that not only is the universe watching the observer as well, but that the quantum states of entities passing through the double slits are governed by the laws of probability, making it impossible to ever predict with certainty what the quantum state of an entity will be.

Who invented the double-slit experiment?

The double-slit experiment actually predates quantum mechanics by a little more than a century.

During the Scientific Revolution, the nature of light was a particularly contentious topic, with many—like Isaac Newton himself—arguing in favor of a corpuscular theory of light that held that light was transmitted through particles.

Others believed that light was a wave that was transmitted through “aether” or some other medium, the way sound travels through air and water, but Newton’s reputation and a lack of an effective means to demonstrate the wave theory of light solidified the corpuscular view for just shy of a century after Newton published his Opticks in 1704.

The definitive demonstration came from the British polymath Thomas Young, who presented a paper to the Royal Society of London in 1803 that described a pair of simple experiments that anyone could perform to see for themselves that light was in fact a wave.

First, Young established that a pair of waves were subject to interference when they overlapped, producing a distinctive interference pattern.

He initially demonstrated this interference pattern using a ripple tank of water, showing that such a pattern is characteristic of wave propagation.

Young then introduced the precursor to the modern double-slit experiment, though instead of using a laser beam to produce the required light source, Young used reflected sunlight striking two slits in a card as its target.

The resulting light diffraction showed the expected interference pattern, and the wave theory of light gained considerable support. It would take another decade and a half before further experimentation conclusively refuted corpuscles in favor of waves, but the double-slit experiment that Young developed proved to be a fatal blow to Newton’s theory.

How to do the double-slit experiment

Young wasn’t lying when he said, “The experiments I am about to relate…may be repeated with great ease, whenever the sun shines, and without any other apparatus than is at hand to everyone.”

While it might be a stretch to say that you can use the double-slit experiment to demonstrate some of the more counterintuitive features of quantum mechanics (unless you have a photon detector handy and a laser that shoots individual photons), you can still use it to demonstrate the wave nature of light.

If you want to replicate Young’s experiment, you only need as large a box as is practical with a hole cut in it a little smaller than an index card. Then, take an Exacto knife or similar blade for fine cutting work and cut two slits into a piece of cardboard larger than the hole in your box. The slits should be between 0.1mm and 0.4mm apart, as the closer together they are, the more distinct the interference pattern will be. It’s better to create cards for this rather than cut directly into the box since you might need to make adjustments to the spacing of the slits.

Once you’re satisfied with the spacing, affix the card with the double-slit in it over the hole and secure it in place with tape. Just make sure sunlight isn’t leaking around the card.

You’ll also need to create some eye-holes in the box so you can look inside without getting in the way of the light hitting the double-slit card, but once you figure that out, you’re all set.

To accurately diffract sunlight using this box, you will need to have the sunlight more or less hitting the double-slit card dead on, so it might take some maneuvering to get it properly positioned.

Once it is, look through the eye holes and you can see the interference pattern forming on the inside wall, as well as different colors emerging as the different wavelengths interfering with each other change the color of the light being created.

If you wanted to try it out with something fancier, get yourself a laser pointer from an office supply store. Just like you’d do with a viewing box, create cards with slits in them, and when properly spaced, set up a shielded area for the card to rest on.

You’ll want to make sure that only the light from the laser pointer is hitting the double-slit, so shield the card however you need to. Then, set the laser pointer on a surface level with the slits and shine the laser at them. On the wall behind the card, the interference pattern from the slits should be clearly visible.

If you don’t want to go through all that trouble, you can also use Photoshop or similar software to recreate the effect.

First, create a template of evenly spaced concentric circles. Using different layers for each source, as well as a background later, position the center of the concentric rings near to one another. On a 1200 pixel wide canvas, a distance of 100 pixels between the two centers should do nicely.

Then, fill in the color of each concentric ring, alternating light and dark, with an opacity set to about 33%. You may need to hide one of the concentric circle layers while you work on the other. When you’re done, reveal the two overlapping layers of circles and the interference pattern should jump out at you immediately, looking something like this:

Of course, if you want to dig into the quantum mechanics side of things, you’ll need to work in a pretty advanced physics lab at a university or science institute, since photon detectors aren’t the kind of thing you can pick up at the hobby store.

Still, if you’re compelled to try the heavier stuff out for yourself, you wouldn’t be the first person to get drawn into a career in physics because of the weirdness of quantum mechanics, and there are definitely worse ways to make a living.