The Best Plant-Based Cheeses For Every Occasion

From a smooth, earthy camembert style to a sharp, gooey cheddar. 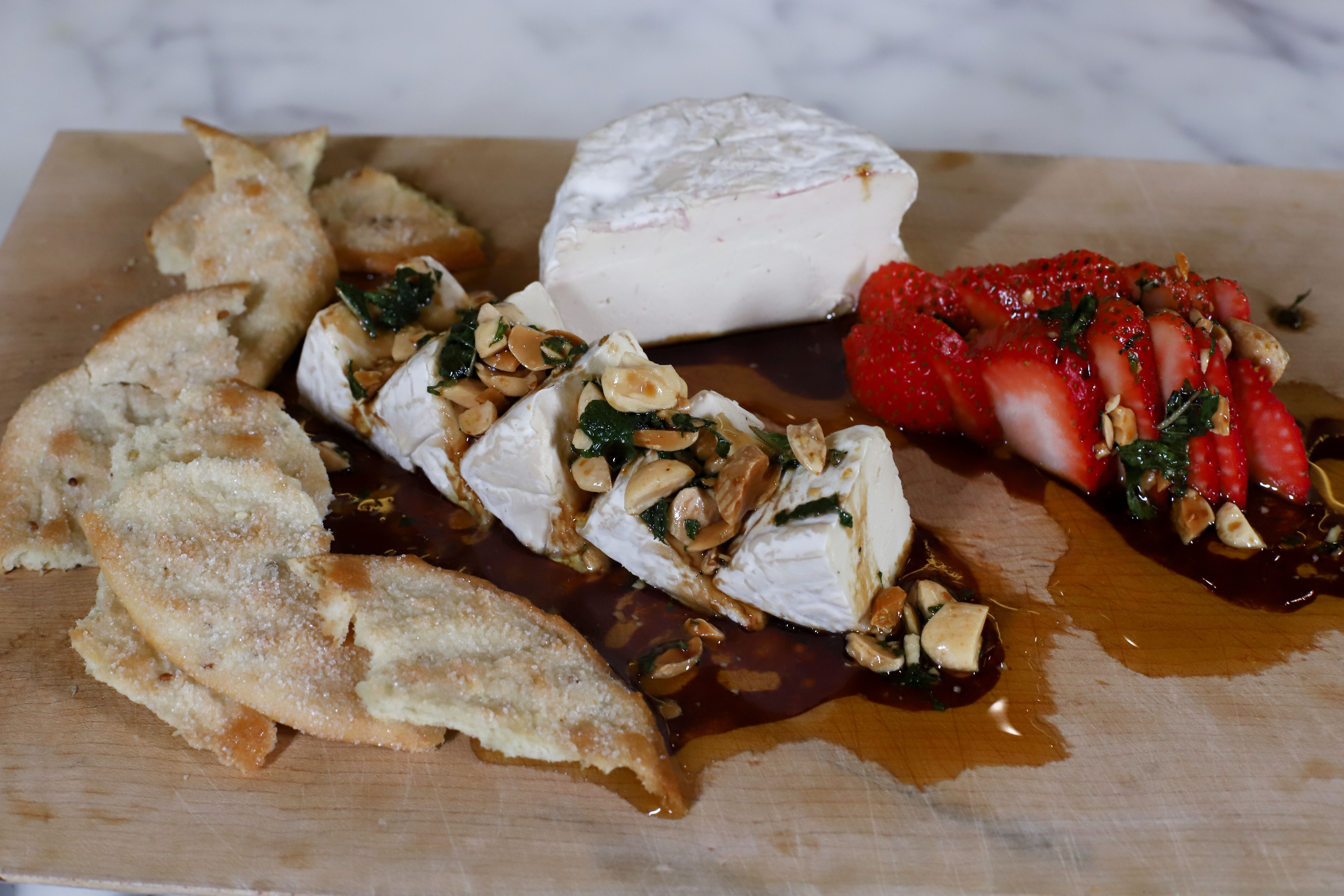 Whether you’re totally plant-powered, looking to add more vegan foods into your diet or simply intrigued by cooking with innovative ingredients, a new crop of cheese alternatives are delicious enough to convert even dedicated dairy lovers.

Tasteless, rubbery imposters have been replaced by thoughtfully produced, artisanal varieties, many of which leverage the same fermentation techniques that give traditional cheeses their swoon-worthy flavours and textures. From creamy brie to sharp cheddar, these are six plant-based cheeses made by Canadian producers that can hold their own against the MVPs of your fridge’s cheese drawer. 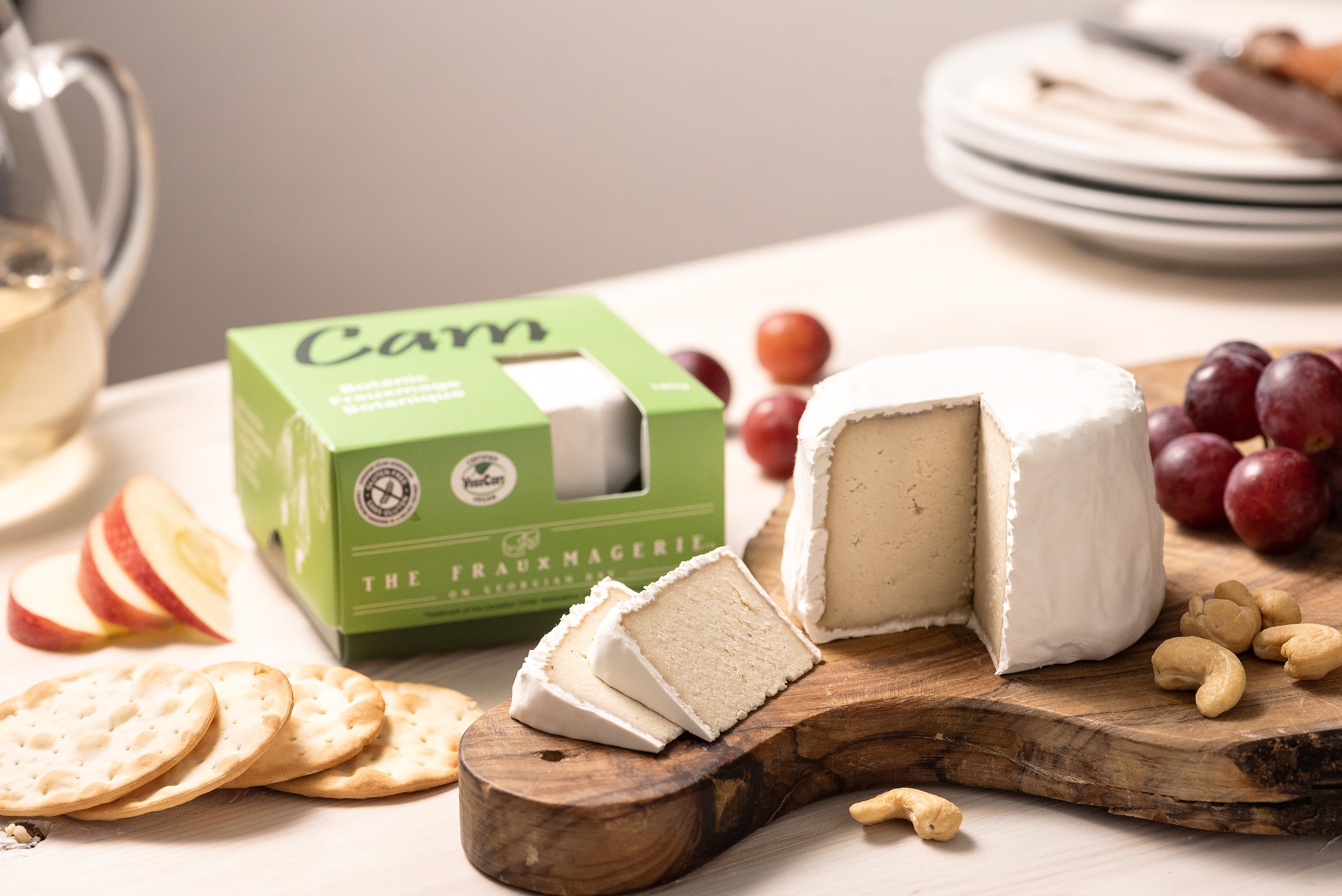 Founder Marie-Catherine Marsot draws on her diverse training in science and the culinary arts to create her aptly named “frauxmage.” The Frauxmagerie’s process, which is primarily done by hand at their Georgian Bay facility, stays true to the roots of traditional cheesemaking. Cashew nuts are aged and fermented using dairy-free bacterial cultures sourced from France and stored at precise temperatures and humidity levels. Their camembert-inspired Botanic Cam is as uber-smooth and earthy as the real stuff. Try it on crackers or bread slathered with hot pepper jelly or raspberry jam.

thefrauxmagerie.com, available at retailers across Canada 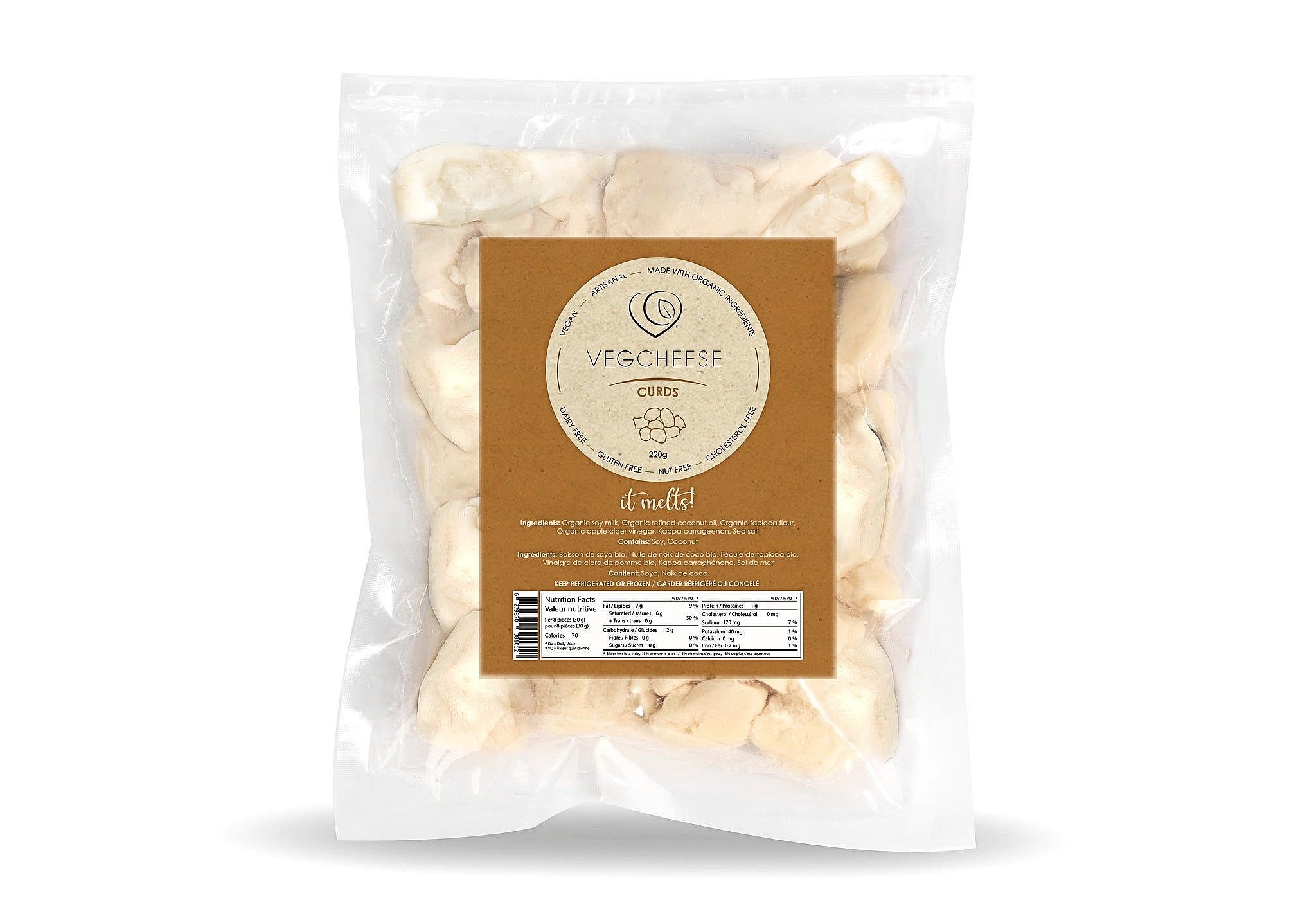 No round-up of local, plant-based cheeses would be complete without a dairy dupe fit for Canada’s most iconic cheesy dish: poutine. VegCheese’s dairy-free cheese curds are made from organic soy milk and organic coconut oil, making them an appealing alternative to cashew-based cheeses for those with diets that are both dairy- and nut-free. Short of the signature squeak, the plant-based curds’ semi-firm texture mimics their dairy counterpart. When used to create faux poutine, the curds achieve that essential meltiness while still holding their shape.
vegcheese.com, ships across Canada 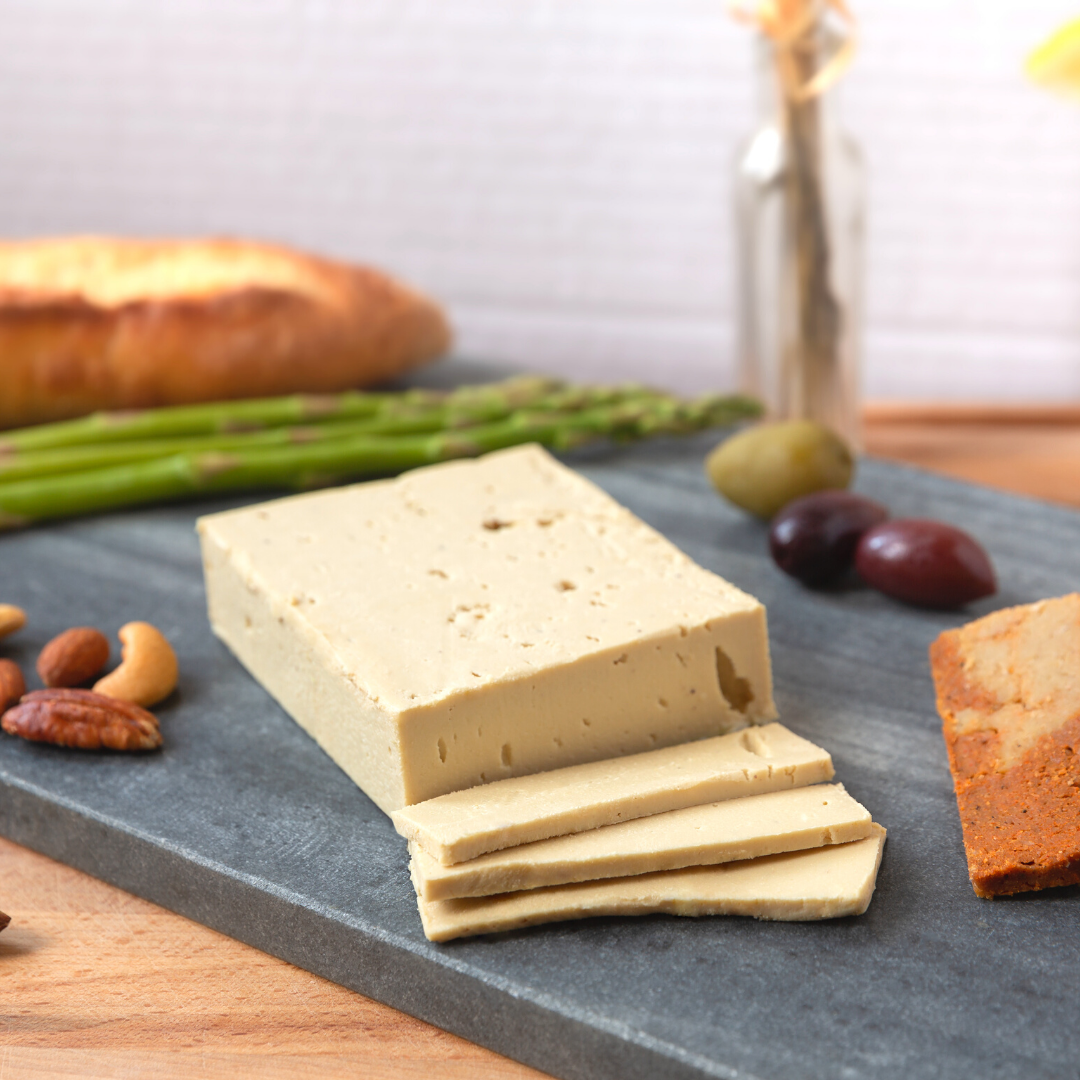 An offshoot of Vancouver-based alternative meat brand the Very Good Butchers, the Very Good Cheese Co.’s cultured cashew cheeses have a versatile texture that makes them easy to serve in a variety of ways. Their Bold Cheddah Cheese channels the full flavour of a white, English-style cheddar. Like conventional cheddar, it’s firm when served chilled but melts when heated. Slice it up to serve on a plant-based charcuterie board, sandwich ooey-gooey slices into a grilled cheese or incorporate it into a velvety, plant-based mac and cheese sauce. 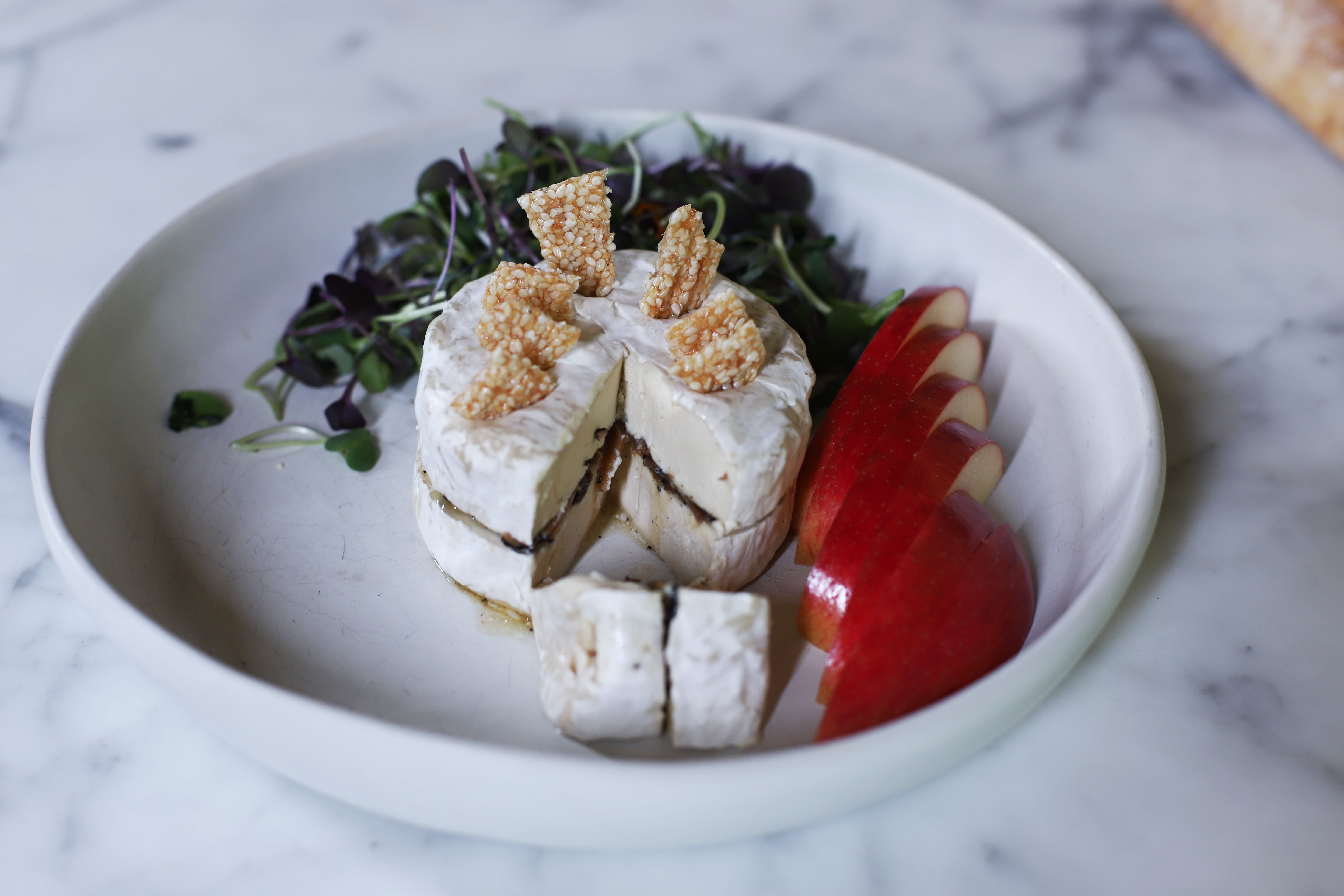 You’d be hard-pressed to imagine an expert better suited to developing a plant-based cheese that tastes like the real thing than Afrim Pristine, maître fromager (cheese master), owner of Toronto’s Cheese Boutique and one of Canada’s most well-known ambassadors of all things cheese. The plant-based ripened brie is the first faux cheese release from Future of Cheese, a company that Pristine co-founded with chef Craig Harding. Made from a cashew base, the cheese is naturally ripened through a traditional aging process to achieve the mild flavour and creamy texture of a classic brie. Serve it on a wedge of warm baguette, on crackers topped with a hint of honey or any other way you like your brie. 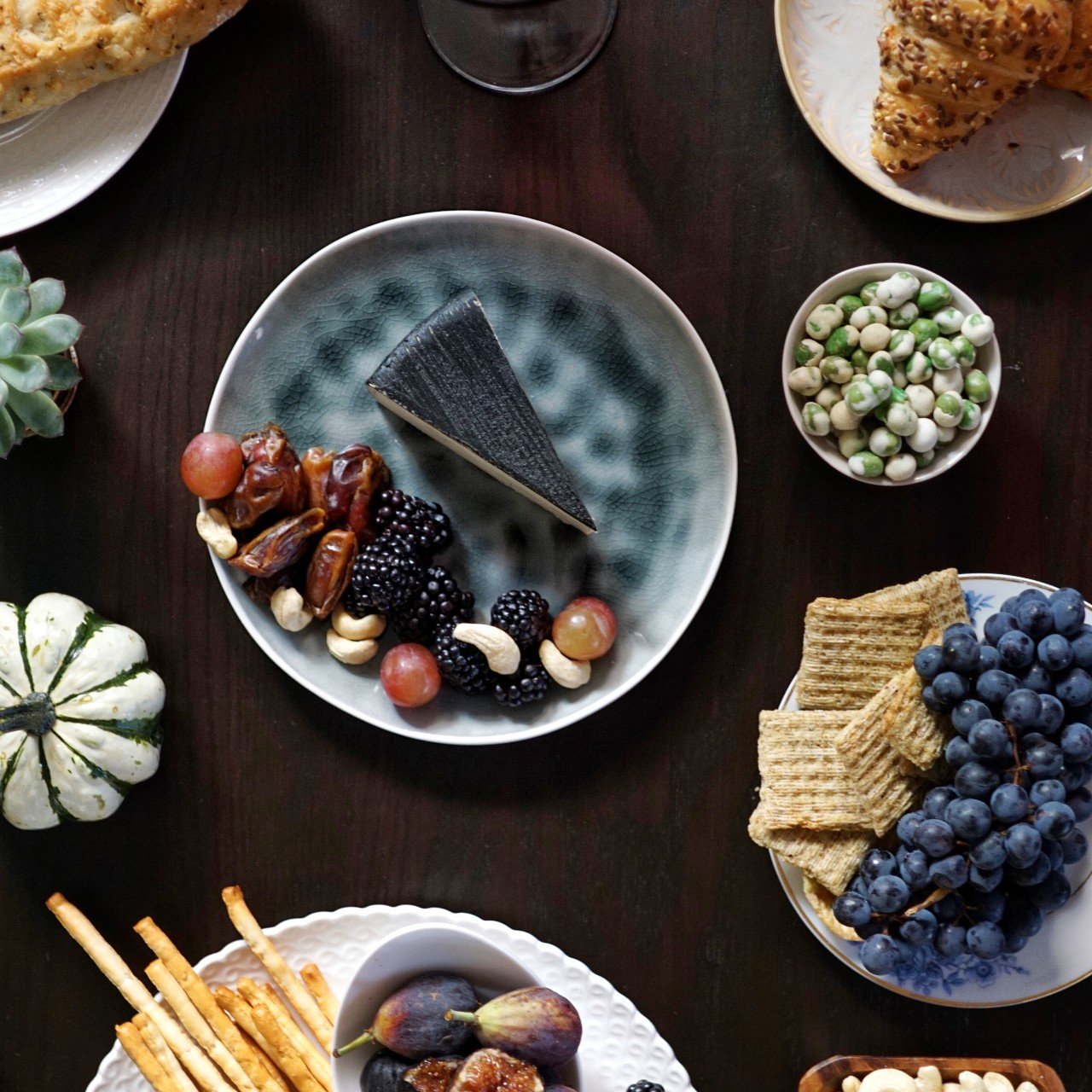 This London, Ontario-based brand’s cashew cheese is certified fair trade and organic, made from small-batch cashew crops that are fermented using housemade vegan cultures. Their Black Garlic’s rind gets a splash of rich colour from activated charcoal and porcini mushroom. It makes a striking visual impact on a cheese board and packs a serious hit of sweet, earthy flavour. Its creamy texture allows it to melt, spread and shred as easily as it slices, so you can use it to add umami to pasta sauces and risottos or even smear it over a toasted bagel.

nutsforcheese.com, available at retailers across Canada 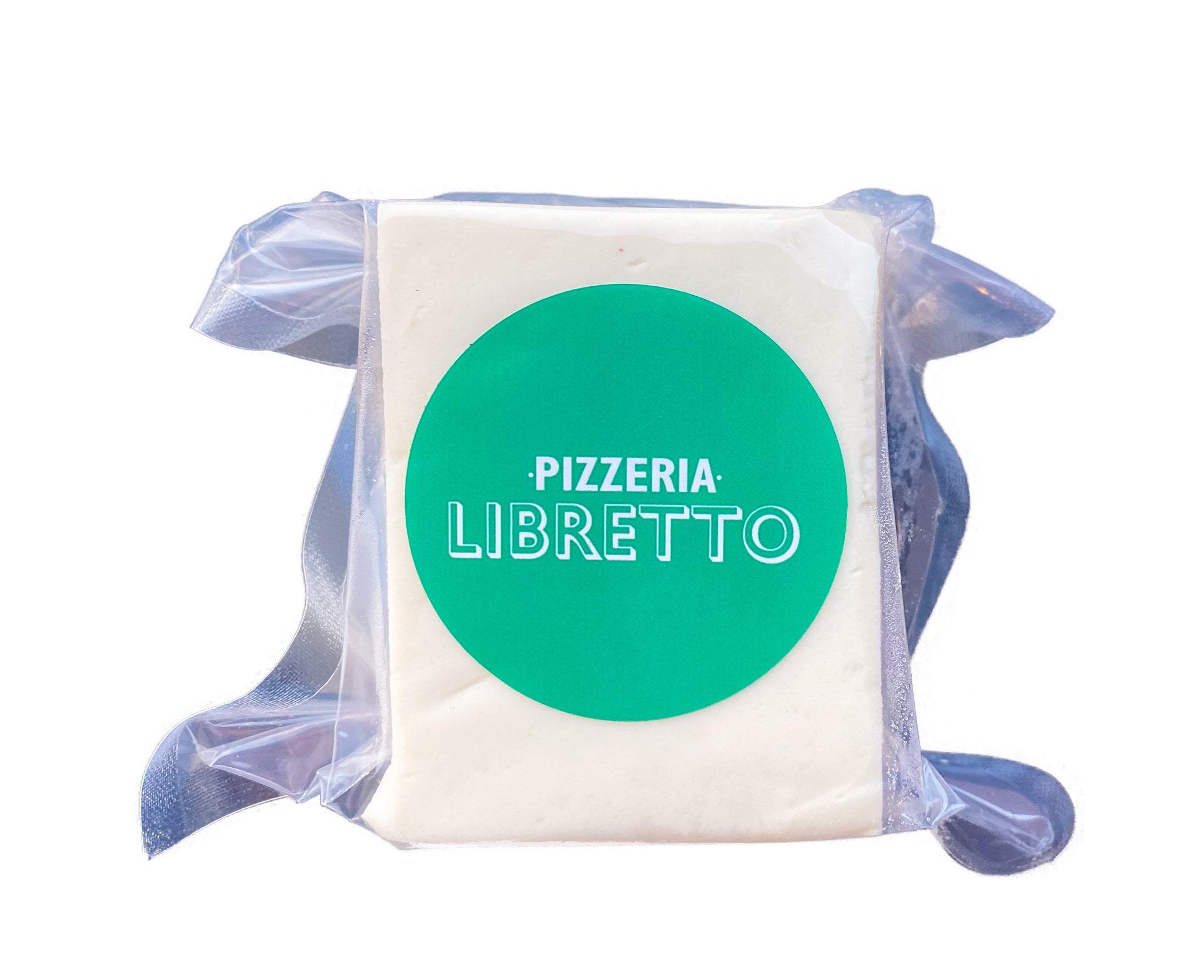 Pizzeria Libretto’s chef Rocco Agostino set out to create a plant-based cheese that would behave like fresh fior di latte mozzarella when baked in the Toronto restaurant’s high-heat pizza ovens. The resulting soy-based take on mozzarella browns and melts beautifully, plus features a light, milky and subtly salty flavour. Naturally, it’s wonderful for giving homemade pizza that authentic “cheese pull” but it’s also great baked into pasta. Like cow’s milk mozzarella, it can be sliced to serve in sandwiches or in a caprese salad with tomatoes, fresh basil, extra virgin olive oil and some sea salt.