Research in mice and flies suggests that bacteriophages, including those found in dairy foods, may have an influence on an animals’ ability to learn and remember information. 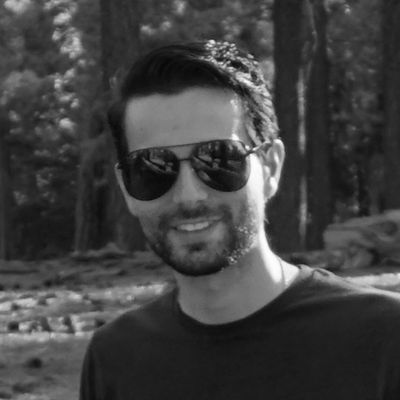 An abundance of research from recent years suggests that the bacterial composition of the gut microbiome has a notable effect on brain function and neurological health. However, a new study indicates that microbiome research has overlooked a key factor: the composition and prevalence of viruses. Specifically, research published in Cell Host & Microbe today (February 16) suggests that the presence of bacteriophages is correlated with performance on memory tests and executive functioning in mice and fruit flies.

The study, which looked at the bacteriophage order Caudovirales (particularly the family Siphoviridae) and the unrelated family Microviridae, scratches the surface of the role that the virome might play in neurological health and performance, the authors argue. They found a negative correlation between Microviridae levels and executive function, specifically the ability to learn and retain new information, but a positive correlation between Caudovirales—primarily Siphoviridae—and the same cognitive abilities. The associations are weak and questions remain, but the researchers say they hope for a clinical trial and other follow-up studies to determine if there’s a causal link between gut virome composition and brain function.

“What I liked about the study was the authors attempted to move from correlation to causality,” Yvonne Nyavor, a microbiome expert at Boston Analytical who was not involved in the study, tells The Scientist in an email. While she notes the study is small and should therefore be interpreted cautiously, “In [its] entirety, the study authors propose a radical new approach to the modulation of executive function” that could have drug development implications if regulatory hurdles to using phages can be surmounted.

“The concept of gut microbiota-brain axis has emerged in the last decade,” study coauthor and University of Girona nutrition and metabolism researcher José Manuel Fernández-Real tells The Scientist over email. “Almost all papers are focused on the main components of the gut microbiota: the bacteria. The possible role of virus[es] has not been investigated.”

“This would be the first paper relating bacteriophages in the gut microbiome to cognition in mammals and fruit flies,” Fernández-Real adds.

The study included a number of experiments meant to measure the relationship between the gut virome and executive function. Much of the actual experimentation was conducted on mice and fruit flies (Drosophila melanogaster), but the researchers also correlated human cohorts’ performance on cognitive tests with their microbiome composition.

People were asked to draw a line threading a series of number- and letter-labeled circles in the correct order. Those with higher levels of Microviridae in their gut took longer to complete the test, while those with higher levels of Caudovirales completed it more quickly. Similar correlations emerged after volunteers completed a memory test that involved reciting a list of numbers in reverse order.

In an attempt to uncover a causal link between cognition and gut bacteriophage composition, the researchers gave mice fecal transplants from human donors and then measured their performance in a series of memory tasks as well as sequenced RNA from each mouse’s prefrontal cortex to measure changes in gene expression. In addition to improved test performance following the procedure, the researchers noticed that genes relevant to memory formation, synaptic plasticity, and neuronal development were upregulated in the animals’ prefrontal cortices.

However, the fecal transplants included more than just bacteriophages: the mice that received fecal transplants shared 1,385 taxa of gut microbiota with the human donors, 216 of which were not found in a control group. That suggests that microbes other than viruses were also transferred to the mice, making it unclear whether the measured memory improvements were linked specifically to the Caudovirales.

This would be the first paper relating bacteriophages in the gut microbiome to cognition in mammals and fruit flies.

To determine whether the bacteriophages have a direct influence on physiology, the researchers moved on to Drosophila, which they say made the experiment logistically simpler than using mice. They fed Drosophila a diet rich in whey powder, which contains Siphoviridae bacteriophages, and then subjected the flies to a memory test in which they learned to avoid bitter foods. Those that were fed the whey avoided the bitter food for longer, indicating that they retained the memories of their aversion better than those that weren’t fed a phage-rich diet. As with the mice, transcription analysis showed the upregulation of genes involved in memory formation, plasticity, and neurodevelopment. Improved cognitive performance and upregulation of genes weren’t seen in flies fed whey that had been heated to destroy the phages.

To further probe the role of phages in those findings, the flies were divided into multiple groups: some were fed a standard diet and others were fed whey, both of which served as control groups. Others were fed either a standard or whey diet that had been heat-treated to remove contaminants and supplemented with Lactococcus lactis phage 936, which is a group of Siphoviridae. Both phage-supplemented groups demonstrated significantly better memory retention than their respective controls. Study author and Girona Biomedical Research Institute nutrition and metabolism researcher Anna Castells-Nobau tells The Scientist the result “is one of the greatest findings in our publication.”

However, Lucy Furfaro, a bacteriophage therapy researcher at the University of Western Australia, tells The Scientist that claiming causality based on the paper’s experiments “is a very big stretch.”

“Given the numerous cohorts and approaches, association is all that can be claimed here,” she says.

“It is a truly interesting study, but also a study that underlines how difficult it is to delineate confounded effects such as intake of bacteriophages versus intake of fermented dairy products [such as whey],” University of Copenhagen microbiology and fermentation researcher Dennis Nielsen, who didn’t work on the study, tells The Scientist. “However, despite these limitations, this and other studies highlights the potential importance of gut-residing bacteriophages for human health and disease.”

Fernández-Real says that to establish causality in humans, “[w]e strongly need a randomized, double blind, trial supplementing these viruses in the diet vs. placebo, or vs. heated (inactivated) viruses.”

Hu Shaohua, a neuroscientist and the director of the psychiatry department at the Zhejiang University School of Medicine in China who didn’t work on the new study, tells The Scientist over email that he was overall very impressed by the “fantastic research work.” However, he adds that even though the research “gave us new insight of [the] microbiome-gut-brain axis,” the key molecular pathway is “still unknown” and that the researchers need to further explore the mechanisms by which microbiota may regulate brain function.

See “Are Phages Overlooked Mediators of Health and Disease?”

“At this moment we can only speculate about the potential mechanisms,” Fernández-Real tells The Scientist. The researchers found that high levels of Caudovirales bacteriophages correlated with various lactic acid bacteria in humans, mice, and flies, for example—a finding that the researchers then validated using data from other, larger human cohorts. That may suggest that the viral microbiome helps shape and modulate the bacterial microbiome through mechanisms such as horizontal gene transfer, and that the altered bacterial microbiome may then influence cognition.

But other mechanisms could be at play, too. “Bacteriophages are known to cross the blood brain barrier. We cannot exclude that increased intestinal permeability associated to metabolic diseases (for instance, obesity) coupled to blood-brain barrier permeability could mediate some of the effects of the fecal transplantation, leading to increased expression of some genes involved in memory,” Fernández-Real says. Still, he adds that the team thinks “our findings are linked to the diet,” noting that Siphoviridae are known to be present in dairy products and that the intake of those products “has been related to better cognition in some studies.”

Ultimately, Fernández-Real says that the paper reveals that “viruses are unsuspected components of our diet that we had dismissed. The possible interactions [within the gut microbiome] are probably far more complex than previously thought.”