A new study reveals that owning pets for more than five years can slow cognitive decline in older people.

A team at the University of Michigan studied over 1,300 people with an average age of 65 and found that owning a pet long-term staved off aging in the brain.

However, the benefits were more significant for Black people, college-educated people, and men.

The results of the preliminary study are due to be presented at the American Academy of Neurology’s 74th Annual Meeting held in Seattle in April.

“Prior studies have suggested that the human-animal bond may have health benefits like decreasing blood pressure and stress,” study author Dr. Tiffany Braley of the University of Michigan Medical Center in Ann Arbor told SWNS.

RELATED: Study Uses Science to Confirm That Cuddling a Dog Is Good for Your Health

“Our results suggest pet ownership may also be protective against cognitive decline,” she added.

All the study participants had average cognitive skills at the beginning of the six-year study.

Researchers used data from the University of Michigan’s Health and Retirement Study to look at 1369 people, 53% of whom owned pets, 32% were long-term pet owners — defined as those who owned pets for five years or more.

Of study participants, 88% were white, 7% were Black, 2% were Hispanic, and 3% were of another ethnicity or race.

RELATED VIDEO: Woman Cares for 80 Dogs after Turning her Home into a Canine Hospice 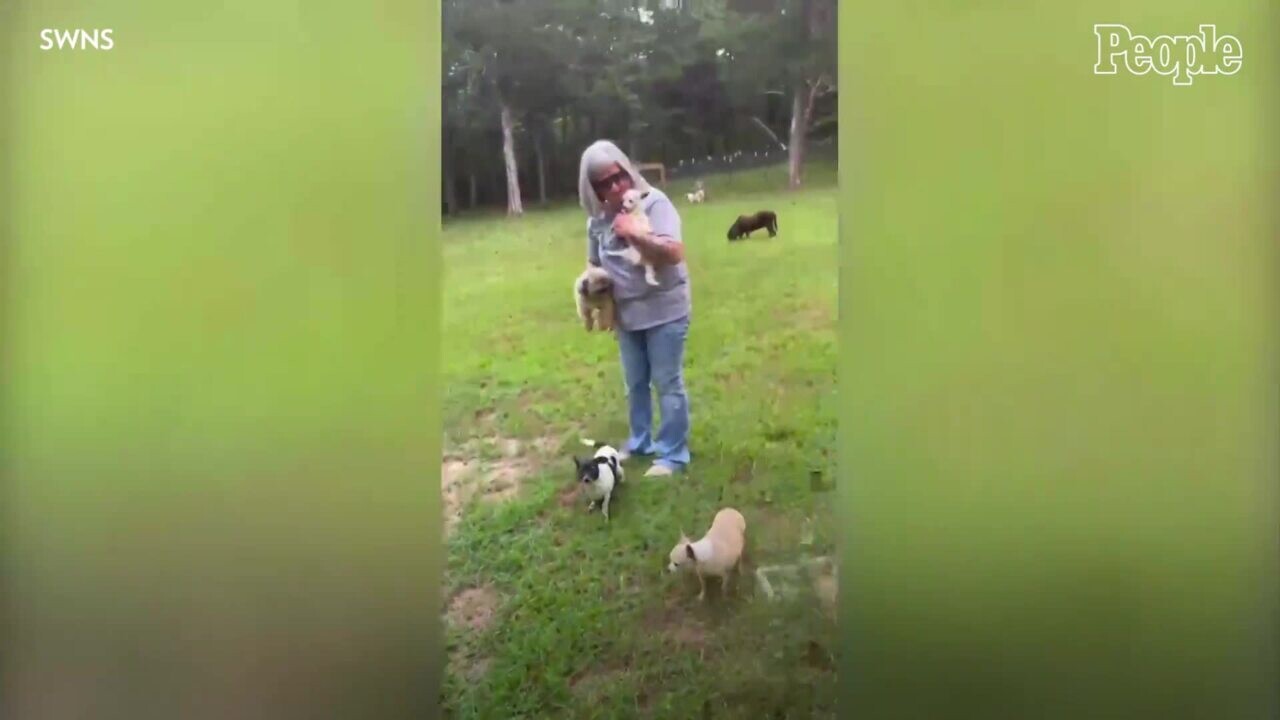 A Look Back at the Teen Cult Classic, Crossroads

We Tried It: Flying 9 Times the Force of Gravity in the Air Force’s Super Bowl Rehearsal

U.K. Pig Befriends Rescue Chicken that Loves to Give Him Back Scratches

Miesha Tate Is the One to Watch on Celebrity Big Brother, According to Chris Kattan

Aaron Rodgers Says He’s ‘Grateful’ for Shailene Woodley After Breakup: ‘I Love You’

Allison Holker and Stephen ‘tWitch’ Boss Are Always a Team: “I Told Him He Was My One”

A Journal for Jordan Blooper Reel

We Love Megan Thee Stallion for So Many Reasons!

Jessie James Decker Says She’s Been Thinking About Having Another Baby: ‘It’s a Battle’

Van Jefferson and Wife Samaria Detail Their Super Bowl Baby Delivery: “It Was a Whirlwind”

Susan Kelechi Watson on Co-writing Beth-centric Episode on This Is Us: My ‘Goodbye to Her’

Van Jefferson Says “I Don’t Think Anyone Can Top” Having a Baby and Winning the Super Bowl: “The Ultimate Best Day of My Life”

Avril Lavigne Reveals She Was on “a Break from Men” Before She Met Boyfriend Mod Sun: “I Followed My Heart”

Billie Eilish Stops Concert to Help a Fan Get an Inhaler

Stranger Saved Boy, 11, From Nazis in 1942. Years Later, He Found Her and Married Her Daughter

Dr. Jen Armstrong Shares Her True Feelings About Noella Bergener: ‘I Blocked Her’

Linda Evangelista Describes Her ‘Deformity’ from a Cosmetic Procedure

Over the six years, cognitive scores decreased at a slower rate in pet owners, with the difference strongest among long-term pet owners.

Considering other factors known to affect cognitive function, the study showed that long-term pet owners, on average, had cognitive scores that were 1.2 points higher at six years than the non-pet owners’ scores.

The researchers also found that the cognitive benefits associated with long-term pet ownership were more substantial for black adults, college-educated adults, and men.

RELATED: A Dog’s Heart Rate Increases by 46% When Owner Says ‘I Love You,’ New Study Shows

Dr. Braley said more research is needed to explore the possible reasons for these associations further.

“As stress can negatively affect cognitive function, the potential stress-buffering effects of pet ownership could provide a plausible reason for our findings,” Dr. Braley said. “A companion animal can also increase physical activity, which could benefit cognitive health.

“That said, more research is needed to confirm our results and identify underlying mechanisms for this association,” she added.

The study did not show what pets people owned or the best ones for preventing the brain’s decline.