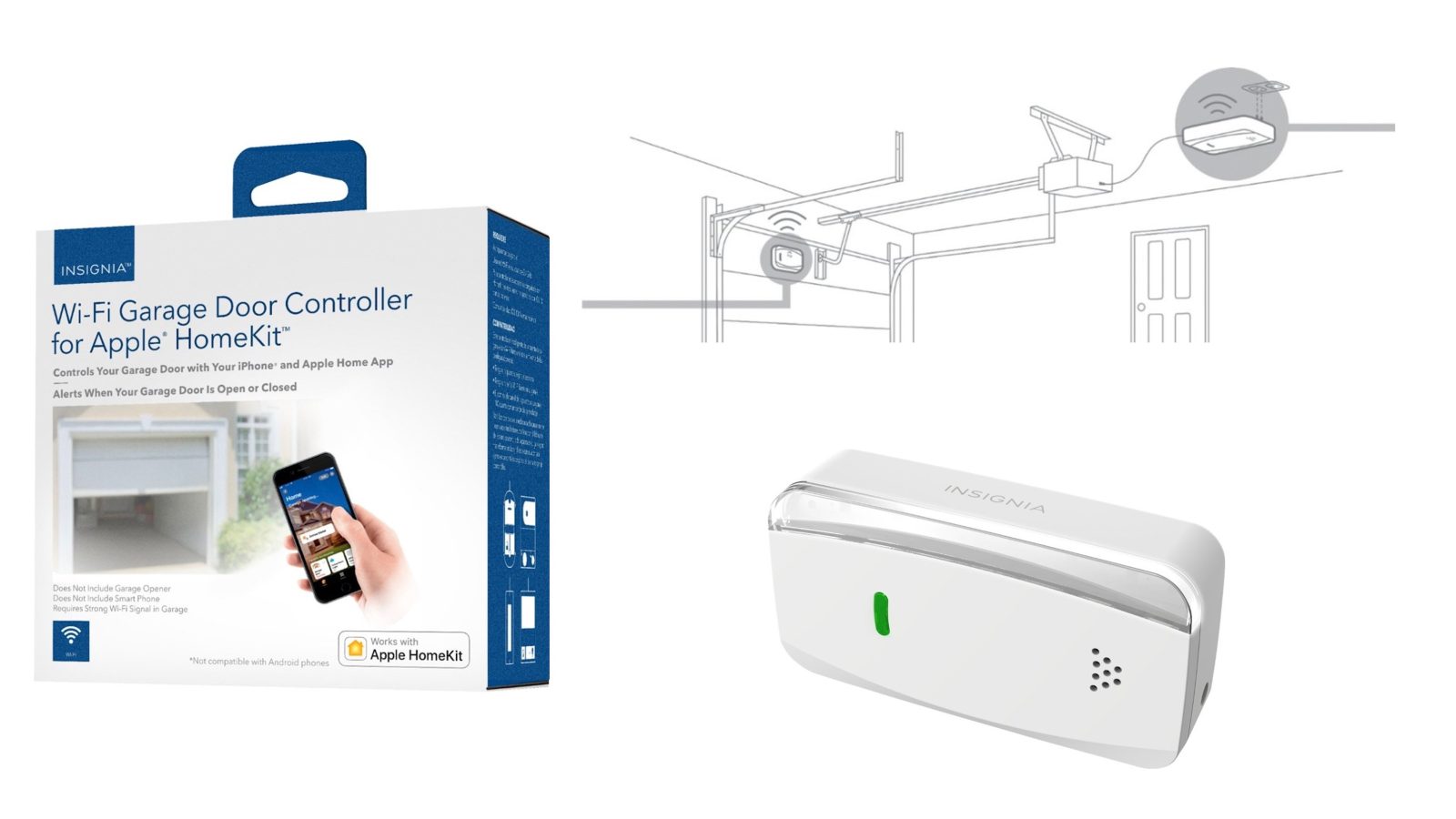 HomeKit garage door systems have been hard to come by thus far, with the exception of one offering from Chamberlain. This month, however, Best Buy has introduced a new Insignia WiFi-enabled Smart Garage Door Controller with HomeKit support.

Early reviews of the Insignia Smart Garage Door Controller seem to be positive, with Best Buy shoppers leaving positive reviewers. The consensus on Reddit also seems to be positive. Here’s how one Redditor described their early experience:

It works well. Setup was straightforward. I had a hiccup, but it was because I inadvertently pulled the disable lever/chord and thought I’d ruined the opener. Flipped the lever and it works perfectly from the app and existing wall button/remote. 2-3 second delay in showing open/close when you use the wall/remote. Beeping and flashing lights for 5 seconds before closing (for safety).

The Insignia HomeKit garage door setup is cheaper in most instances than a similar setup from Chamberlain, which can range anywhere from $70 to $170 depending on what you need. Insignia’s offering launched quietly sometime this month and retails for $69.99, though it’s currently on sale for $44.99. If you want to get a general idea of the setup process, you can view the full manual right here.