Toronto-based Storyflow, which launched as a platform to build interactive voice entertainment on smart speakers, has changed its name to Voiceflowas it pivots its platform.

Storyflow’s platform allows users to build Alexa skills without coding using the company’s drag and drop tool. The company said that, after launching Voiceflow in early November, over 1,000 people, including several startups and businesses, have signed up for Voiceflow – which now powers just under a percent (one percent) of the world’s Alexa skills.

The company raised $500,000 from Ripple Ventures as Storyflow in October, which was focused on building interactive voice entertainment on smart speakers.

“Our Alexa skill (called Storyflow) for interactive stories was doing well, reaching number one in Canada for entertainment by rating. But, people were more interested in the technology behind our platform which was a drag & drop tool for building Alexa skills without coding,” Braden Ream, CEO of Voiceflow, said in a statement to BetaKit about the pivot. “After releasing a blog post about our tool, we received enough inbound to realize there was a larger opportunity to empower millions of people and businesses build their own voice apps.” 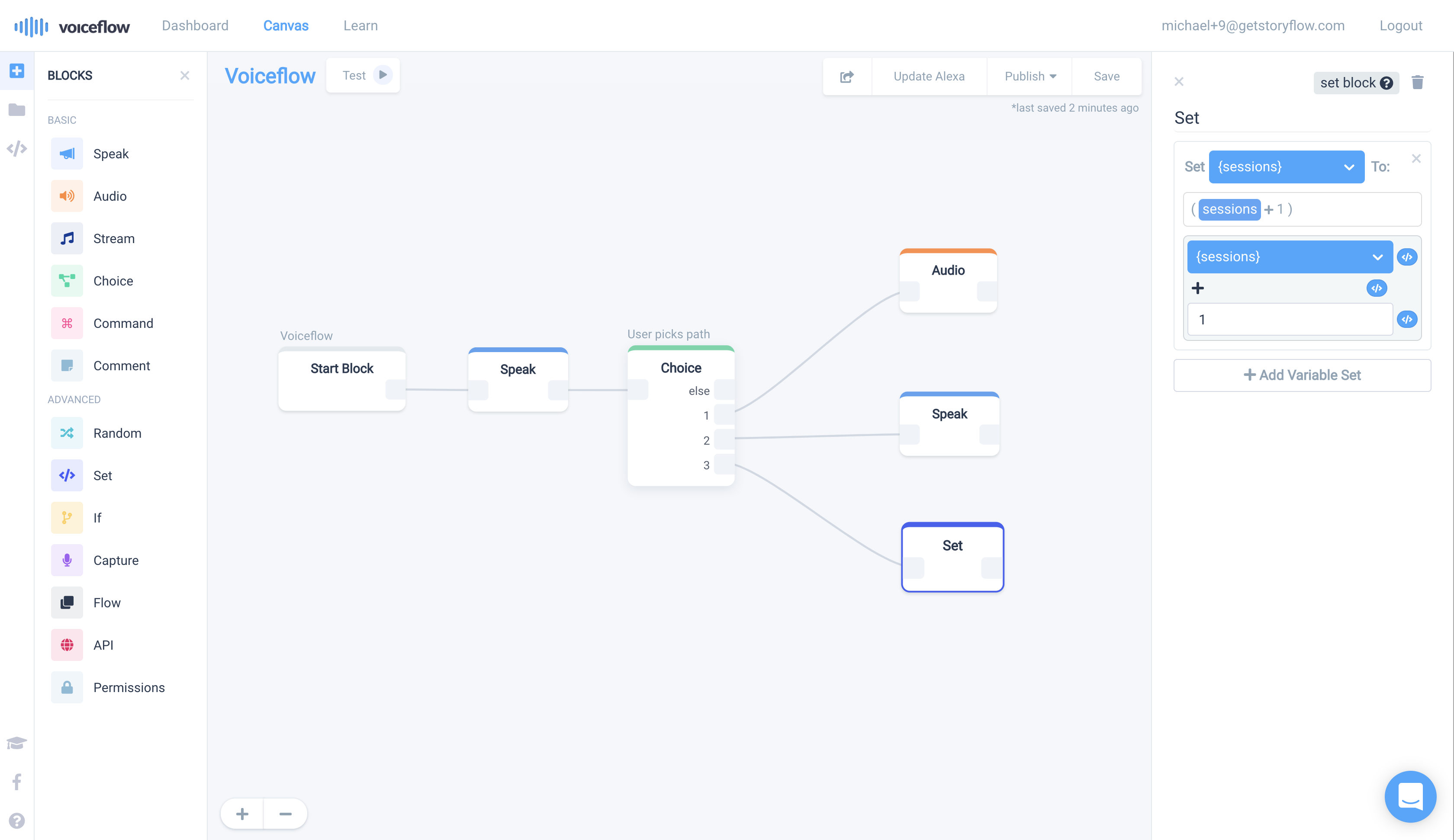 Ream said that every business in the future will need a voice app in the same way they need a website. “Voice assistants like Alexa are the next generation of search engines. Not only can they find information for consumers like today’s search engines, but they go a step further to actually fulfill the consumer’s intention through purchasing, or interacting with 3rd party services in the voice app ecosystem,” he said. “Businesses caught without a voice strategy will be inaccessible to consumers in this new ‘voice first’ world, and we can already see Alexa & Google rolling out this functionality.”