Boring Company Has A Breakthrough — Literally!

Last month, Elon Musk promised free rides on the first Hyperloop inspired underground tunnel to Angelenos in on December 11. In typical Musk fashion, the tunnel wasn’t completed when he made the announcement, but such details do not disturb him. His engineers tell him the system will be ready by then, he believes them, and that’s that.

On November 16, Musk tweeted a video of the boring machine breaking through to the first station in a planned network of tunnels under Los Angeles. It is in the middle of a residential parking garage and is named O’Leary Station in honor of a deceased SpaceX and Boring Company employee. The Boring Company plans to build a series of tunnels under Los Angeles. 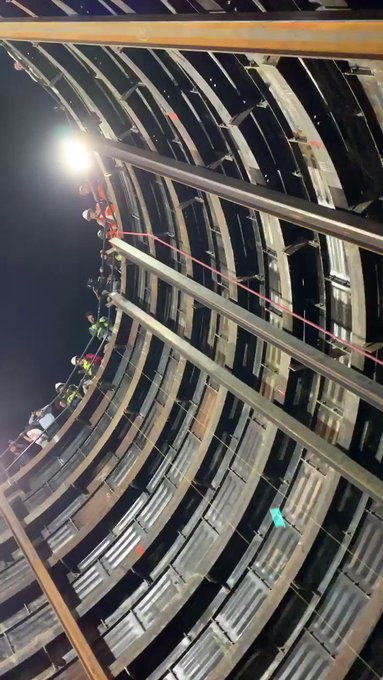 The company has recently received approval from the Hawthorne city council to construct a garage that will connect cars to the entrance of the tunnel near SpaceX headquarters. The Mercury News reports the garage will be built at a private residence near SpaceX’s headquarters and will be rented by the company upon completion. The test elevator will be closed to the public. In  order to limit congestion in the area, no cars will be allowed to move from the garage to the street. Instead, they must start at SpaceX headquarters and stay within the one mile long tunnel that connects the garage with the company.

In September, Elon tweeted that the earth removed by the tunnel boring machine will be compressed into bricks suitable for constructing buildings. Priced at 10 cents each, they are strong enough to meet California’s standards for seismic loading. The bricks will be given away free if used to construct low income housing.

Now the Boring Company has filed for a permit to build a store called quite simply The Brick Store near where the tunnel boring machine will be extracted. Located near SpaceX headquarters, The Brick Store will be constructed to resemble a medieval tower, leading one to wonder if Elon is channeling one on the most famous Monty Python sketches of all time.

Compressed earthen bricks are far lower in carbon emissions than traditional bricks and would be another step forward in Musk’s campaign to decarbonize the world of commerce. Plus, selling what for most companies would be waste products is another example of the brilliance of Elon Musk. Will we see buildings made from The Brick Company bricks and featuring Solar Roof tiles in the future? If Elon has anything to say about it, the answer is probably yes.