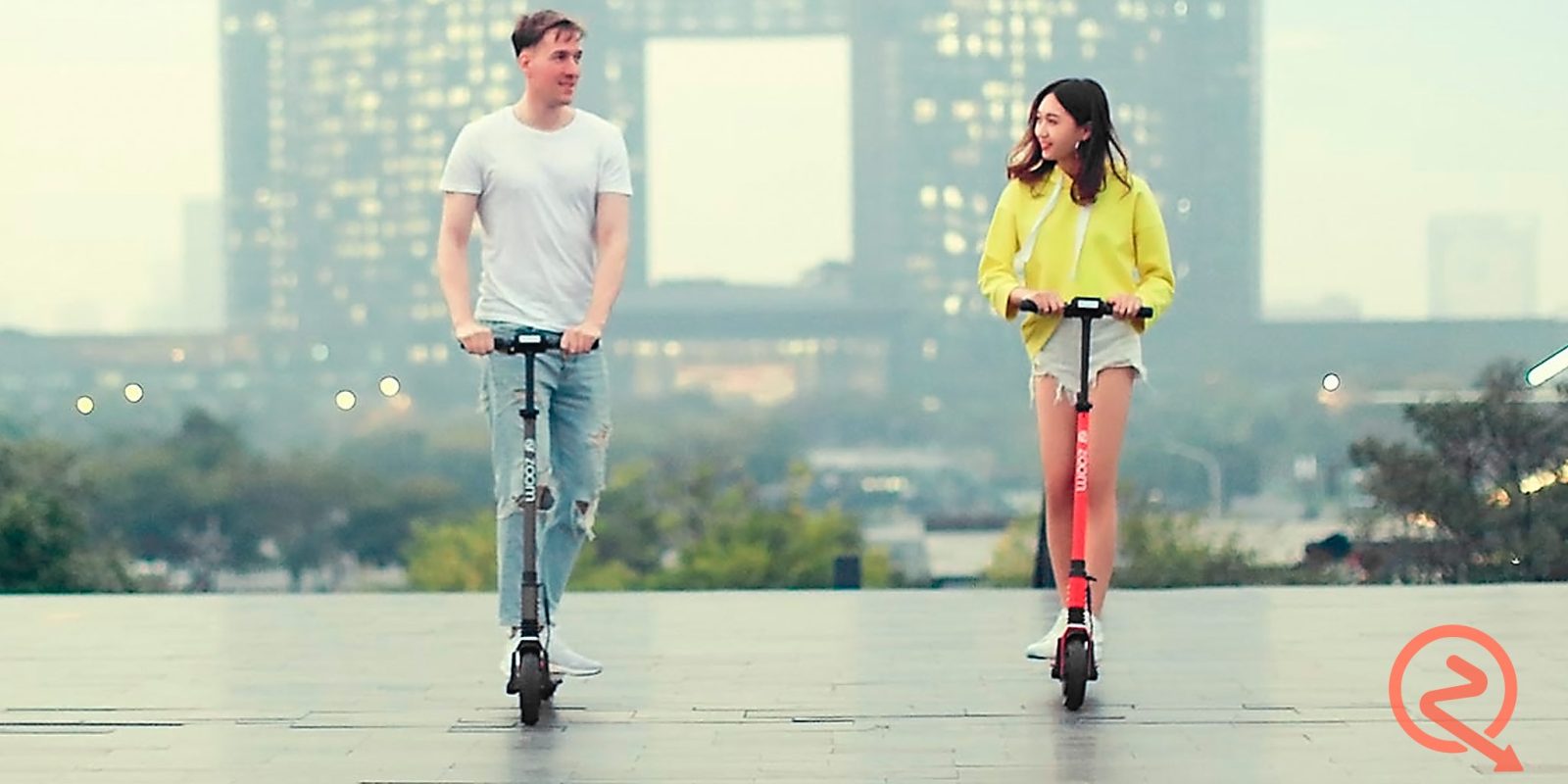 The Zoom Stryder couldn’t have come at a better time. With electric scooter share companies like Bird and Lime expanding around the world, studies show that commuters have been falling in love with tiny, two-wheeled EVs.

The prevalence of scooter sharing companies has introduced the masses to electric scooters and their advantages. Now sales of consumer electric scooters have taken off, and the Zoom Stryder is one of the best electric kick scooters I’ve tried so far.

I have to admit that I went into this review already very pro-scooter. I love riding these things.

But I think that’s fair, since anyone considering buying an electric scooter has already accepted their convenience, utility and fun as an undeniable fact.

I’ve also ridden a pile of different electric scooters. I’ve seen the good, the bad and the ugly. And while the Zoom Stryder isn’t the best scooter I’ve ever ridden, it’s definitely near the top of the pack. I absolutely prefer it to every electric scooter-share fleet scooter I’ve ridden.

I have to give the Singapore-based scooter company props for developing an electric scooter that is lightweight, comfortable and still powerful enough for a fun ride. 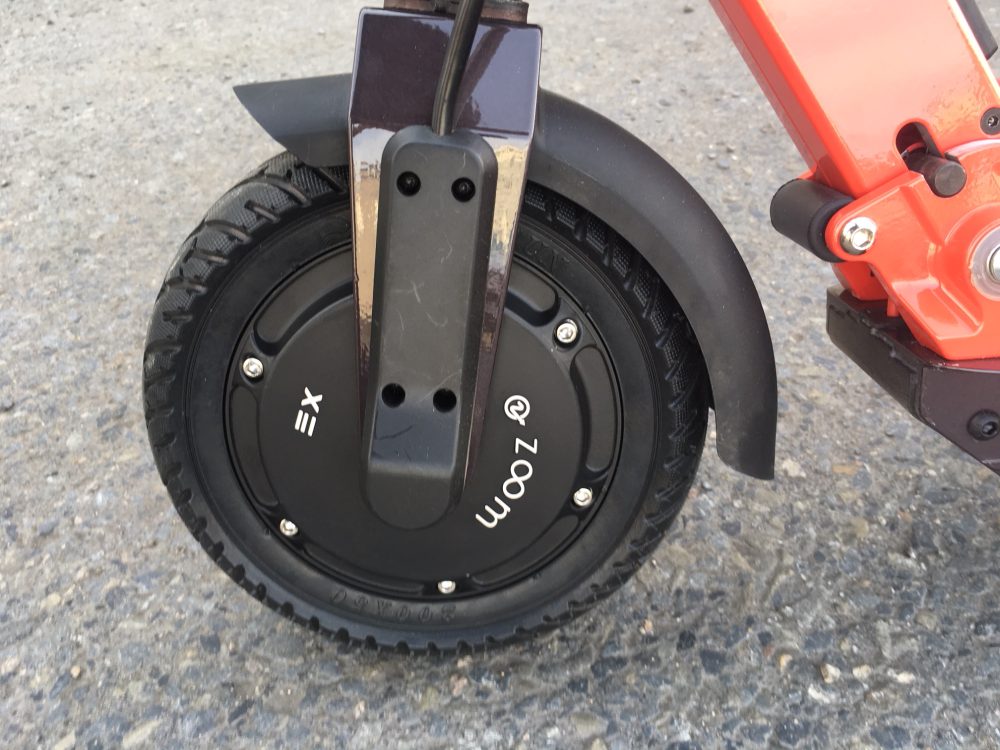 If you’re familiar with the electric scooters offered by sharing companies like Bird and Lime, then the specs of the Zoom Stryder will be fairly familiar.

The scooter reaches a top speed of 30 km/h (18 mph). For certain markets, they also make a limited speed model that tops out at 25 km/h (15.5 mph). That will keep it legal in much of Europe and the company’s home in Singapore. Both models feature a 500 W front hub motor.

Braking is accomplished with regenerative braking in the front wheel and a foot activated scrub brake in the rear. Brake lights on the rear flash when the brakes are applied. A front headlight can also be turned on with a handlebar button.

Its 280 Wh battery pack consists of LG 18650 cells, which are a fairly common choice for e-scooters and e-bikes. The scooter has a charge time of 3 hours.

Folded, it’s just under 1 meter long (37.4 inches) so it should fit under most desks and tables.

And the feature I like most on the Zoom Stryder: full suspension, baby!

Let’s start with the full suspension, because this is the ticket. My biggest complaint about the electric scooter sharing companies’ fleet scooters is the lack of suspension.

The Electrek team was recently in Paris covering the Mondial Motor Show. To navigate the city we usually got around on Lime or Bird scooters. It was often faster than an Uber and we enjoyed actually seeing the beautiful city.

But man, oh man… those brick streets and bike lanes were brutal on scooters without suspension. Ever try riding a non-suspension electric scooter over pavers? It’s less than desirable, to put it lightly. We were shaking so much our vision was blurring, literally.

But with the Zoom Stryder, bumps, bricks and cobblestones are a breeze. The scooter features suspension both above the front wheel and in front of the rear wheel, creating a true dual suspension electric scooter. 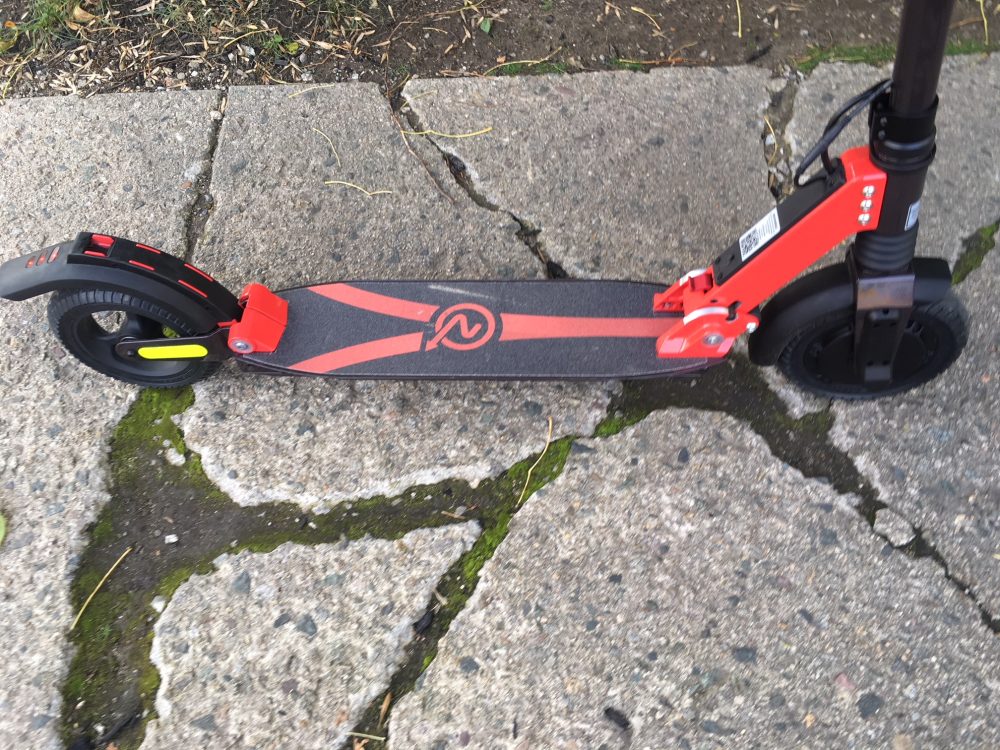 The dual suspension makes a world of difference on this scooter. When I roll over cracks in the sidewalk, I don’t feel them at all. Even boardwalks and decking, with their repeating wooden cracks, add no noticeable vibration to the ride. Pot holes in the bike lane also get absorbed surprisingly well. I still feel them, but the Zoom Stryder turns them into more of a slight bump than a bone-jarring impact.

The power is sufficient to get me up to full speed in just a few seconds, and starts from a dead stop. Other electric scooters often require you to give an initial kick before the scooter will provide motor power. The immediate start is especially welcome on slight uphills, where pushing the scooter would be more problematic.

To be fair, I should point out that I only weigh 150 lbs (70 kg). A heavier rider might have a bit more sluggish performance. But I can still compare it to other scooters I’ve ridden and confirm that the speed and power are above average.

If I could make one performance improvement on the Zoom Stryder, it would be the braking. There isn’t a hand brake lever like on some scooters. Instead, a separate finger lever on the left handlebar, identical to the throttle, activates regenerative braking. This slows the scooter quite quickly, but likely isn’t enough for emergency stops. For actual mechanical braking, you step on the rear brake like the old school kids’ scooters.

I’ve never liked scrub brakes like these that simply rely on rubbing on the tire to stop. I prefer a disc or rim brake with a bicycle brake lever. I can get used to the foot brake, but I don’t feel it is as effective in an emergency scenario. In those cases, I want to be able to grab a handful of brake, not have to start searching for a foot brake behind me.

The tires on the Zoom Stryder are solid rubber. That means you never have to worry about a flat tire. Generally, solid tires make the ride rougher. However, the dual suspension smooths out the ride better than air-filled tires ever could.

The most convenient thing about the Zoom Stryder, besides the awesome concept of a small electric vehicle itself, is how lightweight the scooter is. At just 10.8 kg (23.8 lbs), it’s light enough to carry around without discomfort. It’s not a featherweight, but how many other vehicles that can hit 18 mph weigh so little?

Folded, I can carry it for a few minutes before it starts to get tiring. In reality, most people won’t need to carry their scooter more than from the sidewalk to their office or from the street up to their apartment. For such short trips, carrying the scooter is definitely manageable. 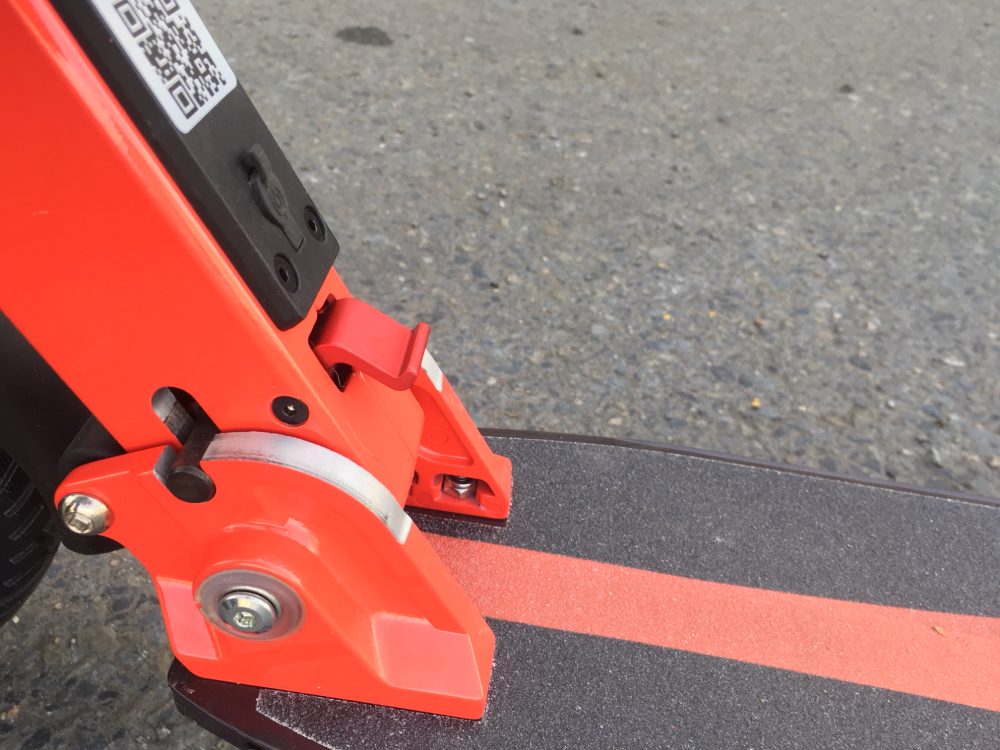 The single most inconvenient thing about the scooter is probably the folding mechanism. You have to step on the red latch while simultaneously pushing the handlebars forward. At first I was trying to push the scooter forward quickly by the handlebars while stepping on the latch, but then found that I could keep one foot on the deck and use my toes to push the latch down while pressing forward on the handlebars. That seemed to work better.

The reason the folding mechanism can be hard to activate is because it has a big beefy pin that locks the scooter in the unfolded position. This makes me feel confident that it will never fold on me while riding. But in my opinion, it’s almost overbuilt to the point that the pin is so massive it can be tricky to release. But hey, I’d rather err on that side than the cheap, flimsy side. The scooter definitely feels like it’s not going to fall apart.

Considering you get full suspension and more speed in a lighter, more comfortable package, I think the extra $200 is a pretty good deal. Your wrist bones will thank you.

What do you think of the Zoom Stryder? Let us know in the comments below.