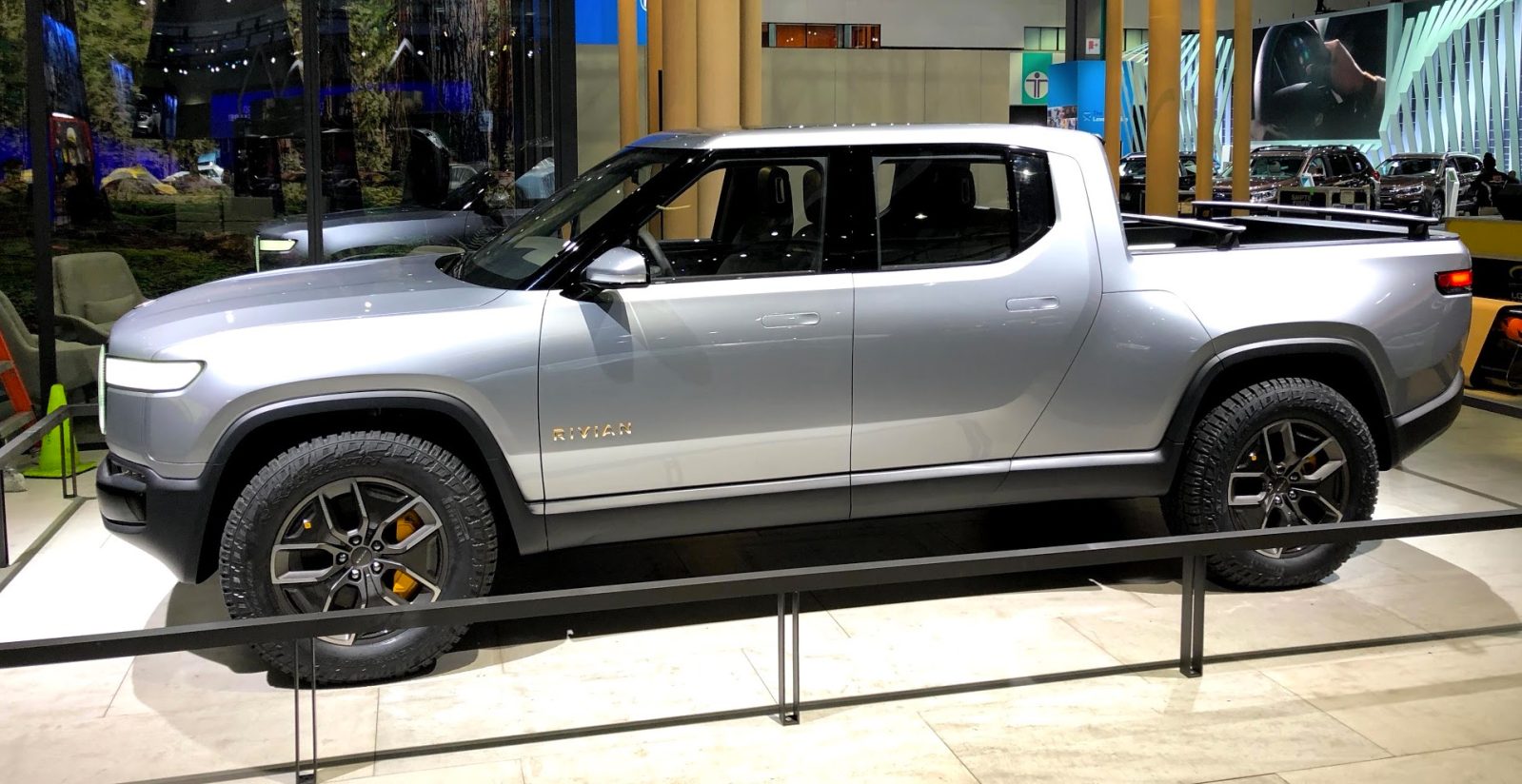 In an interview with Detroit Free Press, Rivian CEO RJ Scaringe said that they have no connection with Ford and just use the F-150 because the wheelbase is the right size for their truck.

He said that they are driving around all over metro Detroit:

“We need something to keep the weather out while we put a lot of miles on our skateboard, so they’re driving around in Detroit right now, too. They’re all over the place, but nobody knows. We’re very quiet about that,”

They are using the F-150 to test their modular skateboard-like electric platform, which we took a close look at last year at the LA Auto Show.

It’s equipped with 4 electric motors, each a 147 kW power capacity at the wheel, while the total power output can be configured to different levels from 300 kW to 562 kW (input to gearbox).

The different power levels match different choices of battery packs, which are another impressive feature since they have the highest capacity of any other passenger electric vehicle out there: 105 kWh, 135 kWh, and 180 kWh.

They’re talking about a charge rate of up to 160 kW at fast-charging stations and an 11-kW onboard charger for level 2 charging.

The entire powertrain is fitted on a slick modular skateboard platform for the different battery capacity:

Earlier this month, Rivian confirmed that they have raised $700 million in a new round of funding led by Amazon.

They will use the money to bring their trucks to the market as soon as next year.

For the test mules, this is all hidden under a Ford F-150 body – resulting in the first all-electric pickup trucks.

But interestingly, an electric Ford F-150 prototype was recently spotted and it was assumed that it was Ford’s after the automaker confirmed that an all-electric F-Series pickup truck coming

Now I’m not so sure anymore. It might just have been a Rivian test mule.