Your next UPS package could be delivered on an electric bike 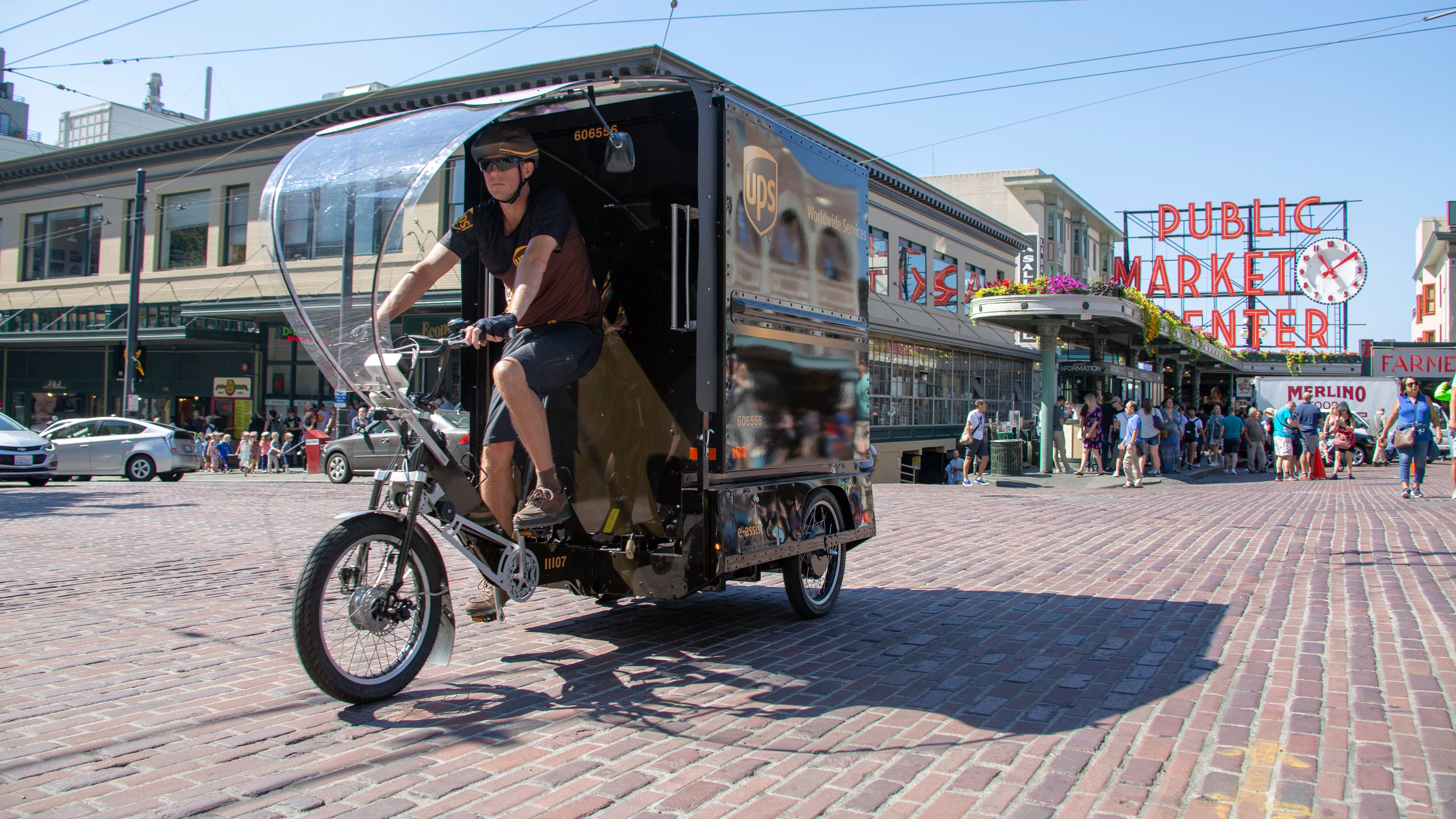 Electric bikes are enjoying a moment. Companies such as Lime and Jump have introduced e-bikes to cities across the US, and e-bike sales in the US jumped 25% between 2016 and 2017. Now, even UPS is getting in on the trend: On Thursday (Oct. 25), the global logistics company announced that it’ll be piloting an e-bike delivery system in downtown Seattle, Washington.

UPS is partnering with Seattle’s Department of Transportation and the University of Washington’s Urban Freight Lab to study how e-bikes affect traffic and emissions. Idling delivery trucks not only burn fossil fuels, but also block traffic; e-bikes, which run on battery power, might present a solution to both those issues. And given the volume of orders from online retail—in 2017, Amazon Prime alone shipped 5 billion items—the demand for deliveries is unlikely to decrease.

If you’ve ever ridden an e-bike, though, you’re familiar with their lurch-y nature: As soon as you pedal down, the bike propels forward, and within a couple pedals, you’re going faster than you’d expect. And while the UPS’s e-bike test zone is relatively flat, it’s not the most bike-friendly; it includes Pike Place Market, which features a bumpy brick road and a constant stream of zoned out drivers and tourists, as well as busy, potholed streets in the Belltown neighborhood, most of which don’t have bike lanes. I happened to bike most of the route last week and nearly wrecked dodging a rideshare car making an illegal U-turn and a gaggle of Halloween pub-crawlers darting into the road.

I asked UPS about how riders will be selected, and a representative told Quartz that the details are still being worked out, but that, like all other UPS employees, they’ll get training on the bikes. “[These jobs] have been referred to as ‘industrial athlete’ positions and those working them love biking outdoors while getting a workout during their work day,” said the rep.

UPS says its e-bike riders would be allowed to operate on streets and designated bike lanes. For safety’s sake, UPS drivers will hopefully use available bike lanes, but it will be interesting to see how cyclists navigate giant trailers in the lane. The main dedicated bike path through that area (on 2nd Ave, for those familiar with downtown Seattle) is two-way and quite narrow, and a large cargo trailer would make it all but impossible to safely pass a UPS e-bike, and potentially cut into the lane for oncoming bike traffic.

If the pilot goes well, UPS plans to expand e-bike deliveries to other areas of Seattle, as well as other US cities.