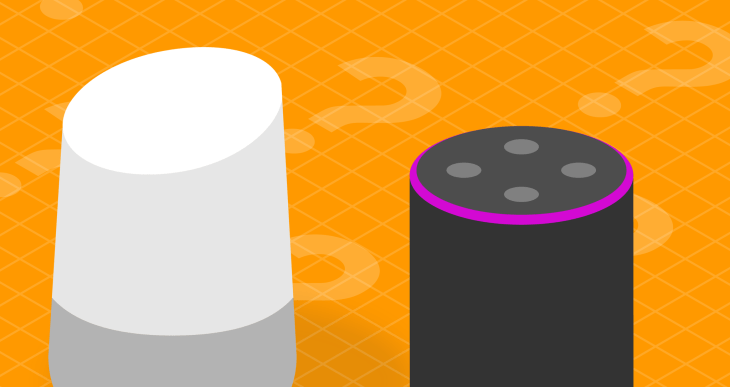 U.S. smart speaker owners grew 40 percent over 2018 to now reach 66.4 million – or 26.2 percent of the U.S. adult population – according to a new report from Voicebot.ai and Voicify released this week, which detailed adoption patterns and device market share. The report also reconfirmed Amazon Echo’s lead, noting the Alexa-powered smart speaker grew to a 61 percent market share by the end of last year – well above Google Home’s 24 percent share.

These findings fall roughly in line with other analysts’ reports on smart speaker market share in the U.S. However, because of varying methodology, they don’t all come back with the exact same numbers.

For example, in December 2018, eMarketer reported the Echo had accounted for nearly 67 percent of all U.S. smart speaker sales in 2018. Meanwhile, CIRP last month put Echo further ahead with a 70 percent share of the installed base in the U.S.

Though the percentages differ – the overall trend is that Amazon Echo remains the smart speaker to beat.

While on the face of things this appears to be great news for Amazon, Voicebot’s report did note that Google Home has been closing the gap with Echo in recent months.

Amazon Echo’s share dropped nearly 11 percent over 2018 while Google Home made up for just over half that decline with a 5.5 percent gain, and “other” devices making up the rest. This latter category, which includes devices like Apple’s HomePod and Sonos One, grew last year to now account for 15 percent of the market.

That said, the Sonos One has Alexa built in, so it may not be as bad for Amazon as the numbers alone seem to indicate. After all, Amazon is selling its Echo devices at cost or even a loss to snag more market share. The real value over time will be in controlling the ecosystem. 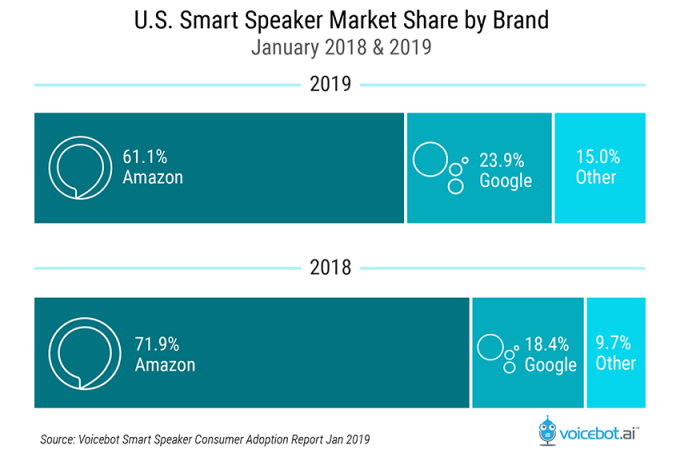 The growth in smart speakers is part of a larger trend towards voice computing and smart voice assistants – like Siri, Bixby and Google Assistant – which are often accessed on smartphones.

A related report from Juniper Research last month estimated there will be 8 billion digital voice assistants in use by 2023, up from the 2.5 billion in use at the end of 2018. This is due to the increased use of smartphone assistants as well as the smart speaker trend, the firm said.

Voicebot’s report also saw how being able to access voice assistance on multiple platforms was helping to boost usage numbers.

It found that smart speaker owners used their smartphone’s voice assistant more than those who didn’t have a smart speaker in their home. It seems consumers get used to being able to access their voice assistants across platforms – now that Siri has made the jump to speakers and Alexa to phones, for instance. 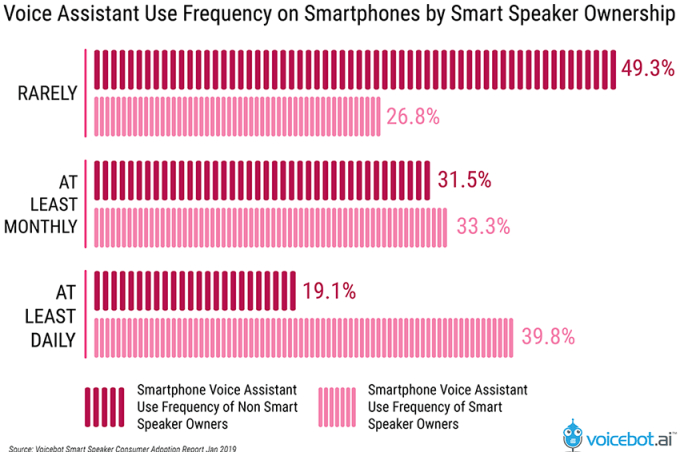