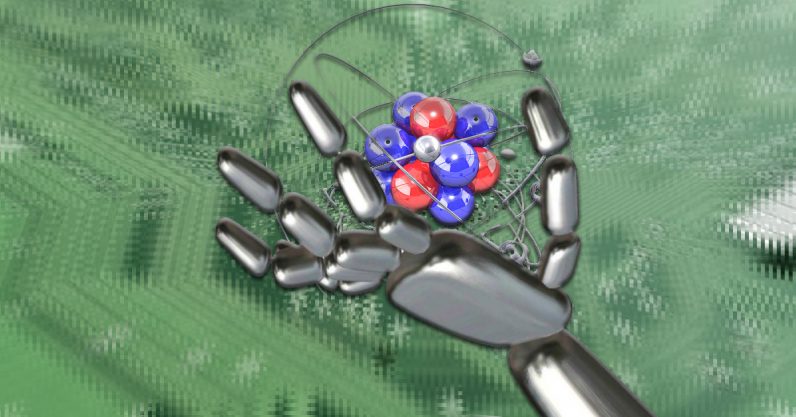 The team, lead by Francesco Tacchino of the University of Pavia in Italy, pre-published their research on ArXiv earlier this month in a research paper titled “An Artificial Neuron Implemented on an Actual Quantum Processor.”

Basically, they developed a single-layer artificial neural network (ANN) that runs on a quantum computer. This kind of rudimentary ANN is called a perceptron, and it’s the basic building block of more robust neural networks.

Previous attempts at building a perceptron on a quantum system have involved treating individual qubits as neurons in a network. This is a cumbersome and insanely complex method that’s failed to produce much in the way of actionable results.

Tacchino and company decided to try a different approach:

Here we introduce an alternative design that closely mimics a Rosenblatt perceptron on a quantum computer …We experimentally show the effectiveness of such an approach by practically implementing a 2 qubits version of the algorithm on the IBM quantum processor available for cloud quantum computing.

IBM’s Q Experience computer, a five-qubit cloud-access quantum system, has long been billed as a way to interact with quantum computing for those of us who don’t have millions to spend on laboratories and access to world-class physicists and engineers. But, typically, it’s thought of as an educational tool.

One of the big problems with quantum computers is that there isn’t any software, programs, or codes for them. It’s hard to write code for a machine that defies the laws of physics. But it’s not impossible.

The Italian team proved that by successfully running their perceptron algorithm on the IBM Q system and using the resultant neural network to conduct image classification tasks. To the best of our knowledge this is the first time this has been done.

Right now all it can do is tell which of three basic patterns a given image has. And, while that doesn’t sound very impressive, it’s worth putting it in context with the idea of quantum advantage.

According to the researchers:

This simply means that neural networks running on quantum systems could, potentially, be exponentially more robust than those running on classical systems. The implications for this amalgam of AI and quantum computing are, well, beyond imagination.

What happens when we develop machines capable of acting as translators between the raw underlying language of the universe and humankind?

That’s a question best left for philosophers. But in the world of physics, as researchers learn more about ANNs, and engineers develop more advanced quantum computing systems, it’s possible a new class of machine learning will arrive to replace the old classical deep learning networks.

Tomorrow’s intelligent machines won’t be either AI-powered or quantum — they’ll be both.