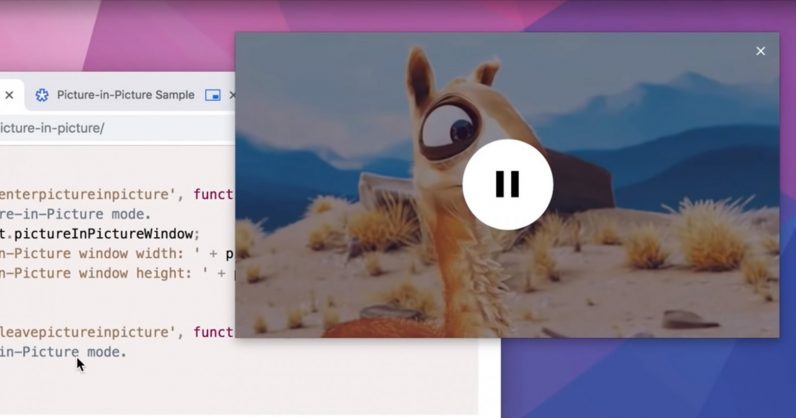 Picture-in-picture has been available in Android for a while now, allowing you to watch a YouTube or Netflix video while doing other stuff. Now that same feature is coming to Chrome on the desktop.
The feature has technically been available for a couple of months in the Chrome 69 beta, but Chrome 70 makes PiP public.

It works like this: Open a video, right click on it, and select picture-in-pitcure. Your video will be transferred to a floating window.. You can resize or move it to your liking, and it will remain on top of all your other apps and windows as you go on about your business.

The only caveat: Developers have to enable the feature first. Still, with YouTube Support already available, I imagine it won’t be long until other video providers follow suit.

The feature is available with Chrome 70 on Windows, Mac, and Linux now. Ironically, it’s not quite rolled out to Chrome OS yet, but I’m guessing it won’t be long.