When most people think of augmented reality, they picture digital words or objects overlaid on whatever real-world scenes they’re seeing through glasses. But Bose announced today that it will offer an “audio AR” alternative called Frames. Offered in larger Alto and smaller Rondo versions, the $199 sunglasses will use integrated speakers to give users location-specific sonic cues as they navigate environments.

Each version of Frames looks largely like a typical pair of sunglasses, apart from oversized arms. Black plastic-framed with steel hinges and uniform gray lenses that promise 99 percent UVA/UVB blocking, the sunglasses weigh a standard 45 grams. Unlike Google’s Glass, users won’t look like weird cyborgs wearing Frames out in public.

The tech inside isn’t as sophisticated as a visual AR headset, but it’s intriguing. Bose includes Bluetooth for 3.5 hours of battery-powered audio playback from your favorite phone. It also places speakers in the frame’s arms, notably doing away with earbuds by producing sound that’s directed towards the wearer’s ears. For phone calling and Siri or Google Assistant voice commands, Frames also include a microphone and multi-function control button on the right temple. 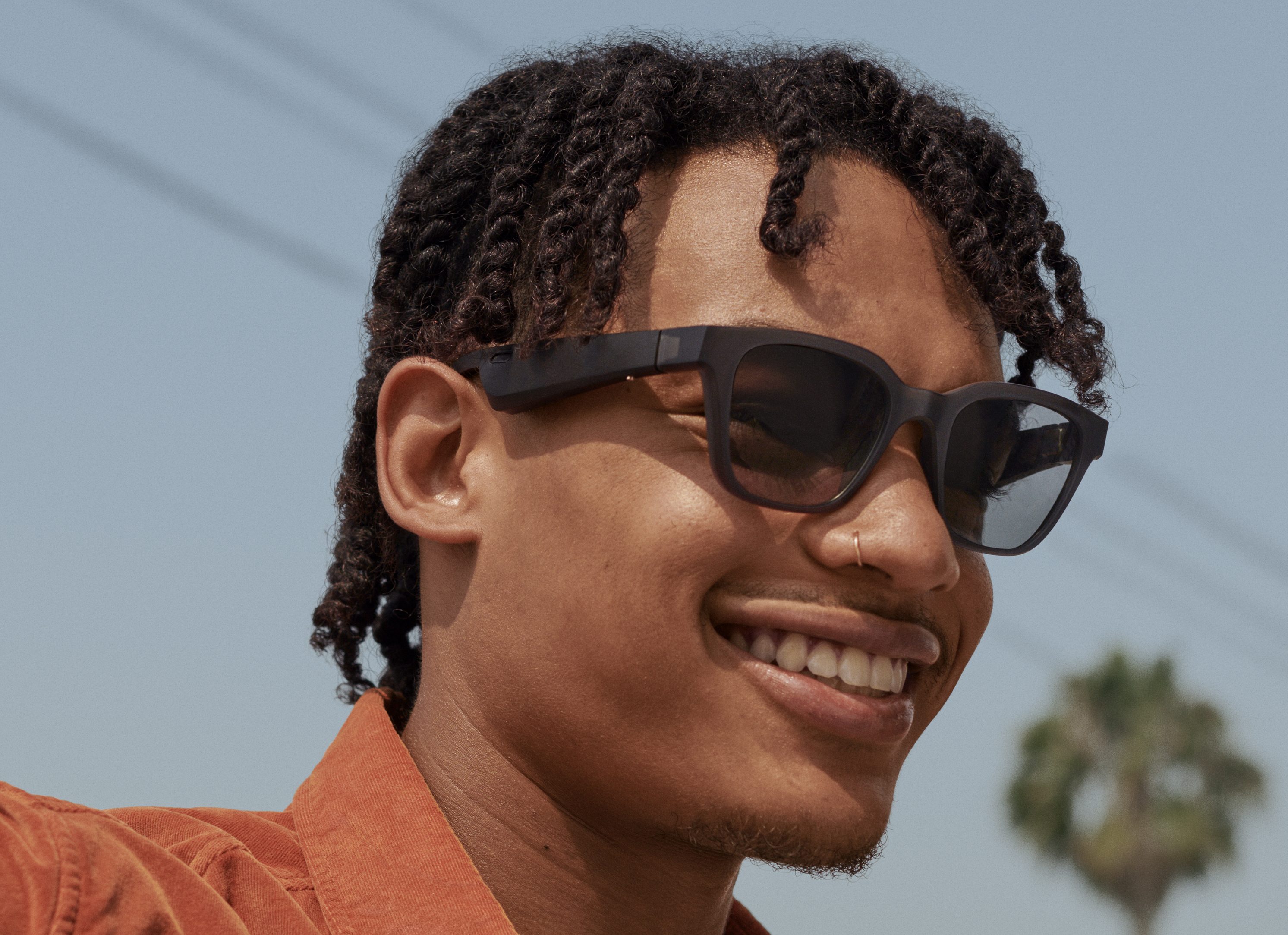 All that hardware basically gets you a somewhat discreet stereo Bluetooth headset, but Bose has gone further by including a nine-axis head motion sensor to determine the direction you’re facing in. The sensor pairs with your phone’s GPS to provide location services information, conceivably enabling “audio AR” apps that will know, for example, that you’re walking around an art gallery and facing specific paintings before playing information about what you’re seeing.

Bose began a campaign in March to get developers interested in creating apps for an early prototype version of Frames, but it’s unclear how many apps are actually going to support the concept. The company plans to launch Frames in January 2019 without AR support, then provide an update on its AR progress in March 2019 at SXSW.

Preorders for Frames start today through Bose’s website. Each pair will include a pogo pin cable promising full recharging in two hours, as well as a cloth cleaning bag and carrying case. Bose expects the first AR apps to become available next year.

This post by Dean Takahashi originally appeared on VentureBeat.