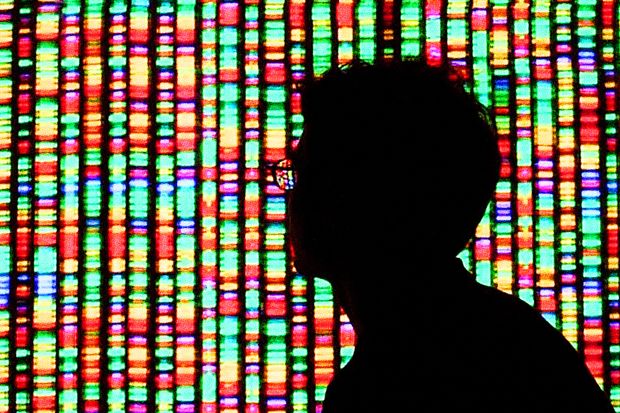 Go back to the typical household in 1950, and you would see much that you would recognize: washing machines, vacuum cleaners, cars, TVs. But go back 50 years earlier, to 1900, and most of us would find a world that was utterly foreign, and exhausting. Daily chores like cooking and washing took hours of backbreaking labor. That’s because in the early 20th century, electricity and internal combustion completely changed how we live, transforming our cities, our homes, how we shop, eat, work and just about every other facet of daily existence.

We’re on the cusp of a similar point today, except it is not just two technologies that are poised to change the world, but three of them: gene editing, new computing architectures, and materials science are just beginning to make the leap from lab to market. Taken together, these could be as transformative as electricity and internal combustion, kicked off a 50-year productivity boom.

In 2006, Jennifer Doudna got a call from a colleague at the University of California at Berkeley, Jillian Banfield, whom she knew only by reputation. Banfield’s area of research interest, obscure bacteria living in extreme conditions, was only tangentially related to Doudna’s work, studying the biochemistry of RNA and other cell structures.

The purpose of the call was to interest Doudna in studying an emerging phenomenon that was recently discovered in microbiology, a strange sequence of DNA found in bacteria. Intrigued, Doudna began to research the sequences, called CRISPR, in her own lab and, in 2012, discovered that they could be used as a powerful new tool for editing genes. Today, CRISPR is creating a revolution in genomics, completely redefining what was considered to be possible in just a few short years.

In healthcare, CRISPR has the potential to cure diseases like cancer, multiple sclerosis, and sickle cell anemia, just to name a few, and a number of therapies have already been approved for trial. Beyond that, the technology is also being used in agriculture to synthesize chemicals like plastics and fuels and even to store data.

Over the past few decades, we’ve been in the midst of a digital revolution, which has largely been driven by Moore’s Law, our ability to continually double the number of transistors we can cram onto a silicon wafer. Yet now Moore’s Law is slowing and soon will end. So figuring out a new way to compute things has long been a major area of study.

Today, we’re on the cusp of two architectures that can fill the gap. The first is quantum computing, which uses subatomic effects to create almost unimaginably large computing spaces. The second, called neuromorphic computing, mimics the design of the human brain.

Quantum computing is especially good at simulating physical systems, like materials and biological systems as well as for massive optimization processes, like in a large financial portfolio. Neuromorphic chips can be millions of times more efficient than conventional processors, which makes them ideal for tasks like edge computing.

Like early digital computers, both technologies have their challenges and it will take a decade or more for their full impact to be clear, however they are advancing extremely quickly. IBM recently unveiled the first integrated quantum computing system for commercial use and we can expect to see neuromorphic chips deployed in industrial environments in the next few years.

Think of just about any major challenge we face and materials are at the center of it. To build a new clean energy future, we need more-efficient solar panels, wind turbines, and batteries. Manufacturers need new materials to create more advanced products. We also need to replace materials subject to supply disruptions, such as rare earth elements.

Traditionally, developing new materials has been a slow, painstaking process. To find the properties they’re looking for, researchers would often have to test hundreds—or even thousands—of materials one by one. That made materials research prohibitively expensive for most industries.

Yet today, we’re in the midst of a materials revolution. Powerful simulation techniques, combined with increased computing power and machine learning, are enabling researchers to automate much of the discovery process, vastly accelerating the development of new materials, in some cases by a factor of more than a hundred.

To get a sense of the potential impact, consider the Boeing 787 Dreamliner. In many ways its much like its predecessor, except that because of the advanced materials the company has developed it is 20% lighter and 20% more efficient. That’s a significant impact when you take into account the global market for aviation. The materials revolution promises to benefit a much wider range of industries the same way.

The new era of innovation we are entering is likely to be even more transformative than the digital revolution of the last 30 years. That’s hard for some to imagine, but the fact is, we still live in a physical world—and that’s where most value is created.

Greg Satell is an author, speaker, and innovation adviser whose latest book, Cascades: How to Create a Movement that Drives Transformational Change, will be published in April, 2019. His previous book, Mapping Innovation, was selected as one of the best business books of 2017.