Matthias Steinig, a German developer whose focus seems to be on the development of Lightning Network-enabled technologies to serve consumers, has created two projects to date which are notable and Lightning-related. The first is an e-commerce solution which supports Lightning transactions in the traditional web store format. A demonstration of it is live here. The second is perhaps more interesting and certainly more novel: a rentable electric bicycle that allows the user to pay for “boosts” (wherein the electric motor kicks in and the cyclist can do less work) for tiny amounts of bitcoin.

Steinig announced his invention on Twitter recently and published the code on GitHub. 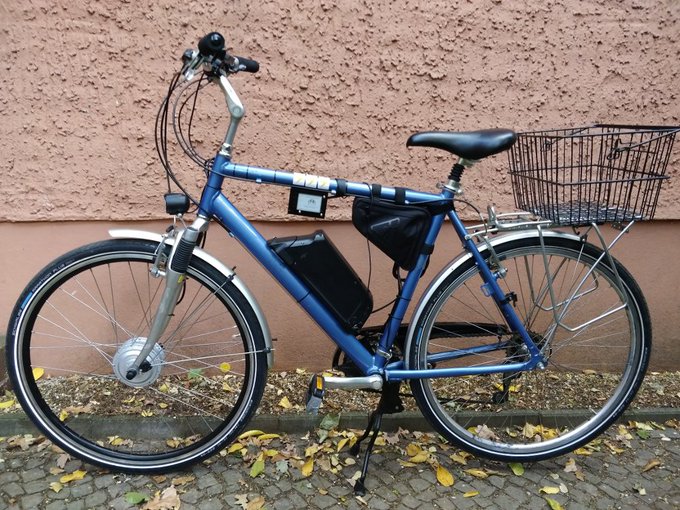 lightning-bike, the e-bike whose electrical support can be paid for with

https://github.com/leblitzdick/lightning-bike …. Tomorrow i take a video how it works, so stay tuned!

The bike rental system has two components, both of which operate on cheap Raspberry Pi hardware, with stable code that is relatively easy (written in Python) for commercial developers to tweak and potentially improve upon. The first is the server component, which authorizes the bike’s battery to deliver a “boost” to the bike for a given, prepaid length of time, and the second is the component attached to the bicycle, which includes a wireless receiver and an LCD screen.

Dubbed “Lightning Bike,” the system is simple enough: the user makes a payment of as little as 250 satoshis (not quite two cents at current market rates) for one minute, and the battery kicks on for a “boost.” That’s really the long and short of it from the user perspective.

In the words of Steinig himself:

“Once the payment has been made, the system will power on for the selected time and you can start driving !!! After the end of the paid time, the system switches off and the power supply is interrupted – of course you can continue driving, but only with muscle power. The program returns to the home screen and you can book new time again. If it did not work, the start screen will be displayed and you can try it again.”

Lightning Bike’s software component is written in standard, modern Python, and all of the code used is open source. As to the hardware, the bike portion is best done on a Raspberry Pi Zero, as this is the smallest device that Raspberry Pi offers. It seems logical that any ARM processor with the appropriate dependencies for Raspberry Pi could also act as a substitute, with likely a few necessary code modifications.

For the server component, in the demonstration model a slightly larger Raspberry Pi 3 is used. However, this could be replaced with a large-scale server for operations which actually wanted to implement this system with dozens, hundreds, or thousands of bikes involved. The novel design itself, it’s important to note, only pertains to the rental of the payment for the “boosts” and electricity themselves; thus a separate or integrated system would necessarily need to be developed and implemented for the rental of the bike itself. That said, a perfectly reasonable business model would be to allow the bikes to be freely checked out in a given geographical space and earn money from the electric boosts alone. One thing is for sure: upkeep is low in a business like this.

The Power of Lightning and Micropayments

A long-standing debate in bitcoin circles used to be whether or not bitcoins should be used to pay for something as trivial as a coffee. One camp believed that the size of BTC blocks should be increased to accommodate this with low transaction fees, while the other camp figured that second-layer protocols, like the Lightning Network, made a lot more sense in terms of efficiency.

Steinig’s creation demonstrates that not only cups of coffee can be paid for, but much smaller transactions even, with the base unit in his e-bike system being less than $0.02 USD. The speed and efficiency of the Lightning Network and its ability to settle transactions in the blink of an eye — in a consumer-facing application such as Lightning Bike, even — is overwhelmingly evident in this seemingly simple invention.

The increasing popularity of rental bikes in metropolitan areas makes Lightning Bike a relevant, viable business model which has the opportunity to bring bitcoin into the consciousness of folks all over the place.

After all, it’s actually impossible to pay only 2 cents on a Visa or Mastercard transaction without the seller losing money, most such transactions having a fixed minimum fee higher than that. Even micropayments via PayPal would not be feasible for transactions this small. Thus, in the case of Lightning Bike and services like it that will flourish over time, bitcoin or other cryptocurrencies fill a void that traditional financial infrastructures simply could not while still making money.