For some perspective, our solar system’s real Sun is only about 15 million degrees Celsius in comparison.

While that comparison in itself is mind-blowing, the temperature also has another important significance for nuclear energy researchers: 100 million degrees Celsius is thought to be the minimum temperature needed for self-sustaining nuclear fusion on Earth. The artificial Sun (not to be confused with the ‘artificial moons‘ China intends to send up to space soon), is a popular name given to one of the most promising nuclear fusion experiments to date. Designed to replicate the process our Sun uses to generate energy, researchers set up the Experimental Advanced Superconducting Tokamak (EAST) fusion reactor in 2006.

A ‘Tokamak’ is a reactor design that resembles a donut — a donut that generates powerful magnetic forces to contain unimaginably hot plasma inside the reactor during nuclear fusion. The walls of a tokamak are built to absorb the massive amounts of heat from the continuous splitting of atoms in the reactor’s core. 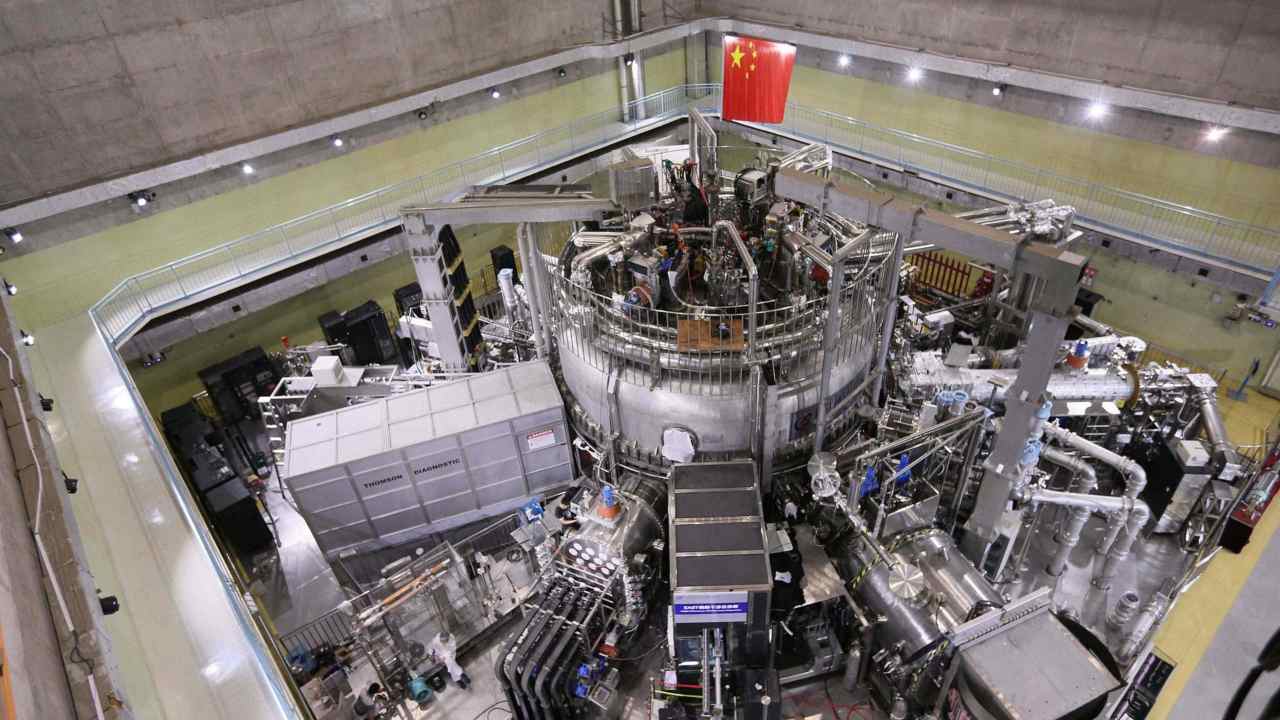 The process of nuclear fusion, where two hydrogen atoms combine in a reaction that produces an enormous amount of energy, is often called the ‘great white whale’ of global energy. Nuclear reactors like EAST are a means to exactly that: an almost infinite supply of energy that is clean.

One of the few hurdles to unleashing nuclear fusion as an energy source is sustaining the fusion reaction for longer than a handful of minutes. The longest recorded reaction is was at the Tore Supra tokamak in France (also known as WEST), for 6 minutes and 30 seconds in 2003.

Between the records set by EAST and WEST, could the world have an artificial Sun lighting up our homes at night in a few years?