Artificial Intelligence Is Not A Technology 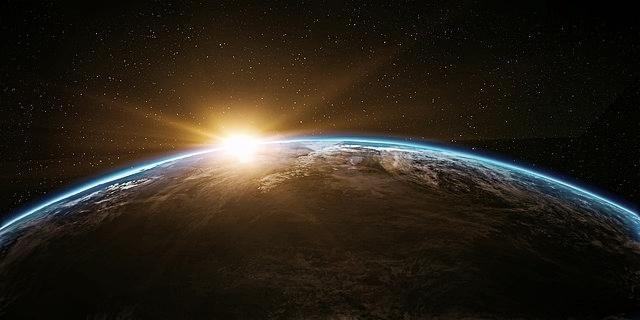 People have long dreamed of the idea of machines having the intelligence and capabilities of humans. From the early Greek myths of Hephaestus and his automatons to the Golem of Eastern European Jewish tradition to well over a hundred years of science fiction stories, novels and movies, our human imaginations have envisioned what it would be like to have sentient, intelligent, human-like machines co-exist with us. In 1920 Karel Čapek’s play R.U.R. (Rossum’s Universal Robots) first coined the word “robot” and gave us a name to give to the creations of our imaginations. In many ways, the quest for the intelligent machine lead to the development of the modern computer. Ideas by Alan Turing not only formulated the basis of programmable machines, but also the core of the concepts of artificial intelligence, with the namesake Turing Test providing a means for evaluating intelligent machines.

Yet, with centuries of technology advancement and the almost exponential increase of computing resources, data, knowledge, and capabilities, we still have not yet achieved the vision of Artificial General Intelligence (AGI) — machines that can be an equal counterpart of human ability. We’re not even close. We have devices we can talk to that don’t understand what we’re saying. We have cars that will happily drive straight into a wall if that’s what your GPS instructs it to do. Machines are detecting images but not understanding what they are. And we have amazing machines that can beat world champions at chess and Go and multiplayer games, but can’t answer a question as basic as “how long should I cook a 14 pound turkey?” We’ve mastered computing. We’ve wrangled big data. We’re figuring out learning. We have no idea how to achieve general intelligence.

In order to understand where we currently are or aren’t with AI (depending on how you want to look at things) it’s important to know the roots of modern AI. The term artificial intelligence was coined in 1956 at a Dartmouth University summer conference. John McCarthy, celebrated AI researcher who pulled together the conference himself, said that AI doesn’t have a technology-specific meaning. In his words, “AI is the science and engineering of making intelligent machines.” The creator himself saw AI as not the ends, but the means. AI is not a technology any more so than physics or civil engineering. The challenge is, like all sciences, there must be application to bring concept to reality.

Since the 1950s huge advancements in technology have evolved to help us on our quest towards the goals of artificial intelligence. In the early decades of AI from the 1950s through the 1970s, we created machines that could play games, understand basic logic, could engage in simple conversations, had basic machine translation capabilities, and we even rudimentary neural networks.

After a decline in interest precipitated by the under-delivering of AI over-promises, interest resumed in the late 1980s with widespread adoption of computer desktops on knowledge worker’s desks and the development of expert systems. In the late 1990s IBM’s Deep Blue beat chess grandmaster Garry Kasparov. It seemed we were back on a roll with AI development. But it all came to a grinding halt when corporate and venture interest waned with AI’s inability to again deliver on some of the promises.

Yet, the dream was still alive and interest in AI re-emerged with a passion in the mid 2000s. With the almost limitless power of cloud computing and GPUs, the prevalence of big data and our know-how to use it well, and the development of advanced neural network algorithms, we were able to achieve some of the promises unkept by AI in the past. AI is hip again. It’s in vogue. The money is flowing. Companies are becoming “AI first” as if the previous stigma never existed. Interest in AI continues to heat up and shows no signs of slowing. And yet, with all the billions invested and thousands of the world’s best thinkers on the case, we still have not cracked the nut of artificial general intelligence. Is our technology deficient? Is it a problem with our data? Do we still not have enough computing power? Or is it more likely that the AI train is rolling along, and we’ve just left the latest station. In this wave, we’ve solved some problems, but the goal of AI is still ahead of us. We need to proceed to the next station.

AI is Not A Technology

Is AI the technologies people use to make machines intelligent, or, is it the movement towards the goal of achieving machine intelligence? According to John McCarthy, AI is actually a science. It’s a field of study. But it might be more helpful to think of AI as a goal. If AI is considered to be a collection of technologies, then you can argue all day about what is and what isn’t AI. Are software robots AI? Are self-driving cars AI? Is computer vision AI? Is character recognition AI? If you think about it as technology then it’s always subject to disagreement and interpretation. However, if you think about it as a goal, or a quest, then it’s something we’re always striving to achieve, even if we aren’t quite there yet.  Even if you think of AI as a field of study, like physics, those fields of study have goals. The goal of physics is to gain the true understanding of the nature of the universe. Everything we’ve developed in that quest for understanding in physics are technologies that are useful in our everyday lives. But those technologies aren’t physics — they are the byproducts of our quest to understand physics. In the same way, machine learning and computer vision and robotics aren’t AI, they are the technology byproducts of our quest to achieve or understand AI.

The quest for the artificially intelligent machine has lead to great advancements in the field. As outlined above, we now have technologies that can recognize and classify images, understand and generate natural language, self-driving vehicle capabilities, chatbots that are able to converse simultaneously in multiple languages, systems that can help diagnose diseases such as cancer or diabetes, and an almost innumerable set of applications across a wide range of industries. Many categorize these applications as “narrow AI” (or heaven forbid the pejorative term “weak AI”). It goes without saying that since no one has yet achieved AGI (considered to be “strong AI”), then every current application of AI is narrow. This makes the term narrow AI simultaneously unhelpful and useless. When people use the term narrow AI, they really mean the cognitive technologies that have been developed on the quest for the intelligent machine. So, instead of saying narrow AI, just use the term “cognitive technology.” That’s more indicative of what is meant. When someone says general AI or strong AI, you should ask – are you referring to the technologies that implement the intelligent machine or the ultimate goal itself? One is a science, the other is the technologies of application.

In much the same way that the space race wasn’t a technology, AI can be looked at from the same perspective. Many great developments came out of our quest to get to space such as thermal blankets, microprocessors, baby formula, and velcro. The quest to put people in space, on the moon, and even interstellar transportation was the goal. The developments created in the quest for the goal have been able to help society. What comes out of the race are all these technologies that make up bits and pieces of trying to achieve that goal.

Making intelligent machines is both the goal of AI as well as the underlying science behind understanding what it takes to make a machine intelligent. AI represents our desired outcome and many of the developments along the way of that understanding such as self-driving vehicles, image recognition technology, or natural language processing and generation are steps along the journey to AGI. Forward thinking organizations and individuals understand that AI is not a technology. They don’t ask whether something they implemented is or isn’t AI. Instead they ask what transformative effect that technology has. They ask what benefit they can realize from machines that can think and act as humans do. They ask how AI will represent opportunities to dramatically increase efficiency, reduce expenses, increase customer satisfaction, improve existing products and services, and create new business opportunities. Because at the end of the day, an organization itself is not about its technology, but its overall mission and objective. And just like those organizations, AI is not defined by technology, but by the overall objective.

Kathleen is a serial entrepreneur, savvy marketer, AI and Machine Learning expert, and tech industry connector. She is a principal analyst, managing partner, and founder of Cognilytica, an AI research and advisory firm, and co-host of the popular AI Today podcast.