How Fast Is Artificial Intelligence Growing? Look At The Key Bellwethers

One can intuitively surmise artificial intelligence (AI) is today’s hot commodity, gaining traction in businesses, academia and government in recent years. Now, there is data — all in one place — that documents growth across many indicators, including startups, venture capital, job openings and academic programs. These bellwethers were captured in the AI Index, produced under the auspices of was conceived within Stanford University’s Human-Centered AI Institute and the One Hundred Year Study on AI (AI100). 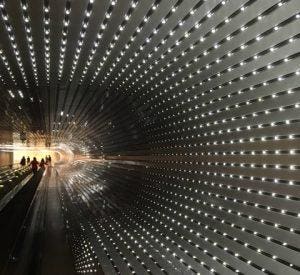 AI in the mainstreamPHOTO: JOE MCKENDRICK

The AI Index also cited McKinsey data that demonstrated the types of AI solutions being deployed in organizations. In North American organizations, the main forms of AI include the following:

Another interesting bellwether, downloads from AI-oriented open source solutions, is way up. The number of robot operating system (ROS) binary packages downloaded from ROS.org, an open source software stack for robotics.  Since 2014, total downloads and unique downloads have increased by 352% and 567%, respectively. “This represents an increased interest in both robotics and the use of robot systems,” the report’s authors conclude. “Because the number of unique downloads is growing at a faster rate than the total number of downloads, we can infer that there are more ROS users, not just that ROS is more frequently used.”