Reports indicate that the Firefox browser displays advertisement on the browser’s New Tab Page to some users of the browser.

Update: Mozilla provided the following statement. According to the statement, the placement was not paid but a thank you”.

This snippet was an experiment to provide more value to Firefox users through offers provided by a partner. It was not a paid placement or advertisement. We are continually looking for more ways to say thanks for using Firefox. In a similar vein, earlier this month we offered Firefox users a free opportunity to enjoy a live concert from Phosphorescent.

In addition to adding value to Firefox users these efforts are intended to support an open ecosystem. When users see such offers no data is being shared with a partner until users have made the choice to enter a relationship. We hope that this strategy sets a positive example.

A thread on Reddit offers some details: a user reported that Firefox was displaying an advertisement at the bottom of the New Tab Page.

Ready to schedule that next family reunion? Here’s a thank you from Firefox. Book your next hotel stay on Booking.com today and get a free $20 Amazon gifr card. Happy Holidays from Firefox! (Restrictions apply).

The attached “find a hotel” button loads the Booking.com website.

The advertisement is powered by Firefox’s Snippet functionality. The Snippet Service of Firefox is “intended to assemble and deliver content snippets” in Firefox.

Snippets may highlight new features of Firefox, offer seasonal greetings, or suggest other Mozilla projects to users of the browser.

The ads appear to be limited to certain geographical regions, e.g. the United States, at the time of writing. Reports indicate that the advertisement is displayed in release versions of the web browser.

Advertisement in web browsers is a controversial topic; most browsers don’t display native ads. Mozilla tried ads several times in Firefox in the past, e.g. in the form of sponsored tiles, and it backfired each time.

One issue that Firefox users may have with this new form of advertisement is that it comes totally unexpected. The Snippet feature has the following description in the options: updates from Mozilla and Firefox.

Ads are not mentioned; while it is possible that Mozilla forgot to update the description, it could be seen as deceptive by users of the browser.

As an organization that values privacy and choice, Mozilla is held to a higher standard than Google or Microsoft. One of the things that Mozilla needs to get right, and has not in the past, is that it needs to be very open and upfront about these kind of things.

Not highlighting that a particular feature could be used to display advertisement in the browser is the opposite of that.

Firefox users may disable snippets in the web browser in the following way:

Mozilla needs to rethink its strategy in regards to advertisement in Firefox; the browser needs a toggle to disable advertisement entirely in the browser and better descriptions for preferences and options that may display ads.

The way advertisement is integrated in the browser right now is detrimental as it erodes trust in Mozilla.

Now You: What is your take on this? (via Deskmodder and Reddit) 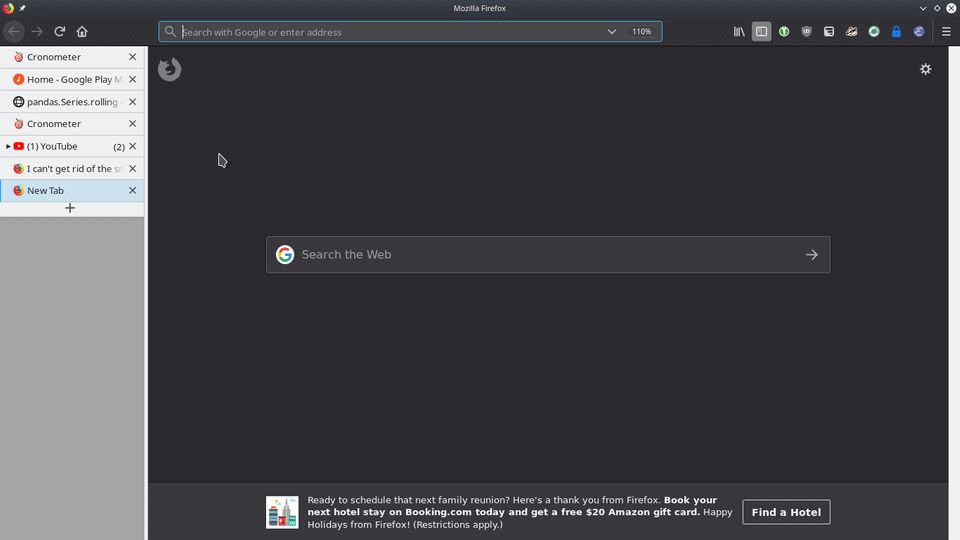 Article Name
Firefox with ads on New Tab Page
Description
Reports indicate that the Firefox browser displays advertisement on the browser’s New Tab Page to some users of the browser.
Author
Martin Brinkmann

WE NEED YOUR HELP

Advertising revenue is falling fast across the Internet, and independently-run sites like Ghacks are hit hardest by it. The advertising model in its current form is coming to an end, and we have to find other ways to continue operating this site.

We are committed to keeping our content free and independent, which means no paywalls, no sponsored posts, no annoying ad formats or subscription fees.