Mozilla is working on a new mobile web browser for Android called Firefox Fenix currently; that is the main reason why development for Firefox for Android slowed down in recent months.

Fenix is based on Android Components and GeckoView, and in active development at the time of writing. While it is likely that Firefox Fenix will replace Firefox for Android eventually, nothing appears to have been set in stone yet.

Note: The following information is based on mockups and development versions of Firefox Fenix. Functionality may change during development.

A core difference between Firefox Fenix and other mobile browsers such as Google Chrome or Firefox for Android, is that Fenix changes tabbed-browsing significantly.

All major mobile browsers supported tabbed-browsing. The functionality is more or less identical to how desktop browsers handle tabs. Users may open multiple tabs and open tabs are retained across browsing sessions.

Fenix supports browser tabs just like any other browser but changes tab management across sessions significantly.

Firefox Fenix stores open tabs in individual sessions; this happens automatically when the user exits the browser and does not reopen it shortly after exiting the application.

Means: the browser starts without open tabs from the last browsing session when the user opens the mobile browser at a later point in time.  Firefox Fenix users may save sessions manually at any time next to that. 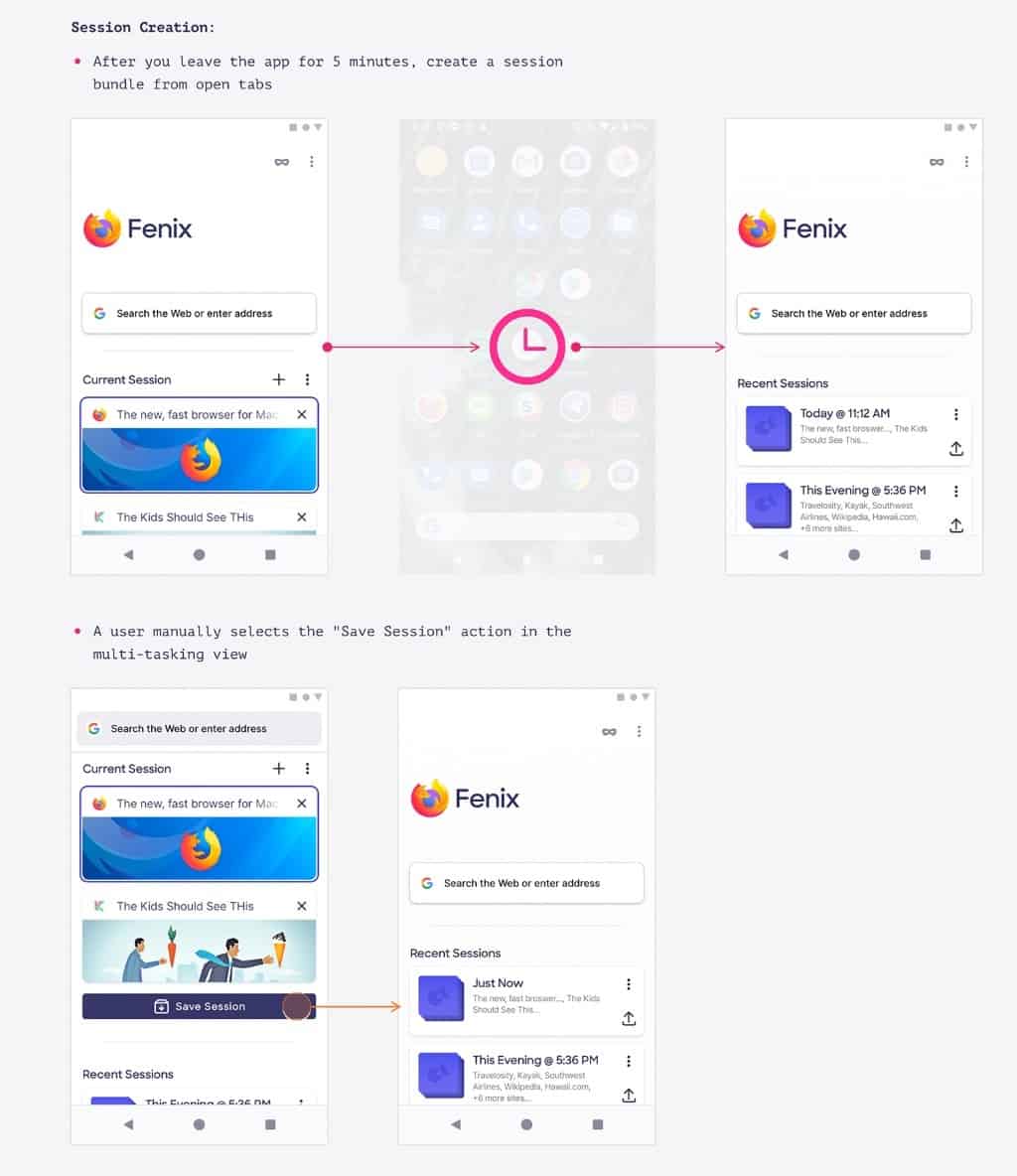 Sessions work differently from browsing sessions of desktop browsers. Fenix handles these sessions individually and gives users access to these tab sessions so that they may reopen sites they visited in the past.

The browser’s homepage lists the current session and recent sessions opened in the browser. Fenix users may access these at any time from there to reopen sites that were open previously.

Fenix users may delete sessions, e.g. when they don’t require access to them anymore. Sessions may also be archived for safekeeping. 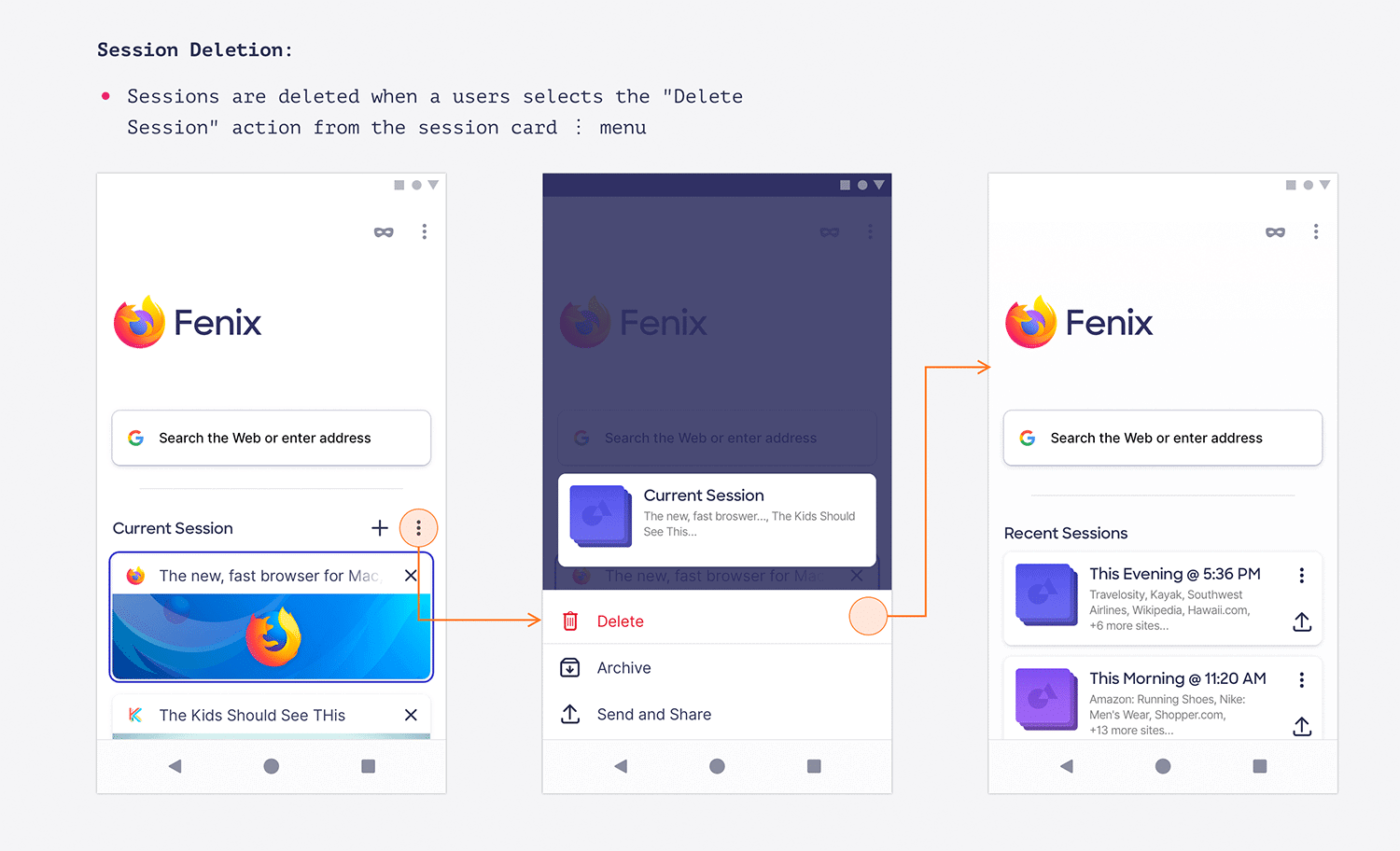 Mozilla plans to integrate session share functionality in Fenix next to that; this open may be used to send information about the current session using Android’s Share functionality or linked devices or Firefox Sync. 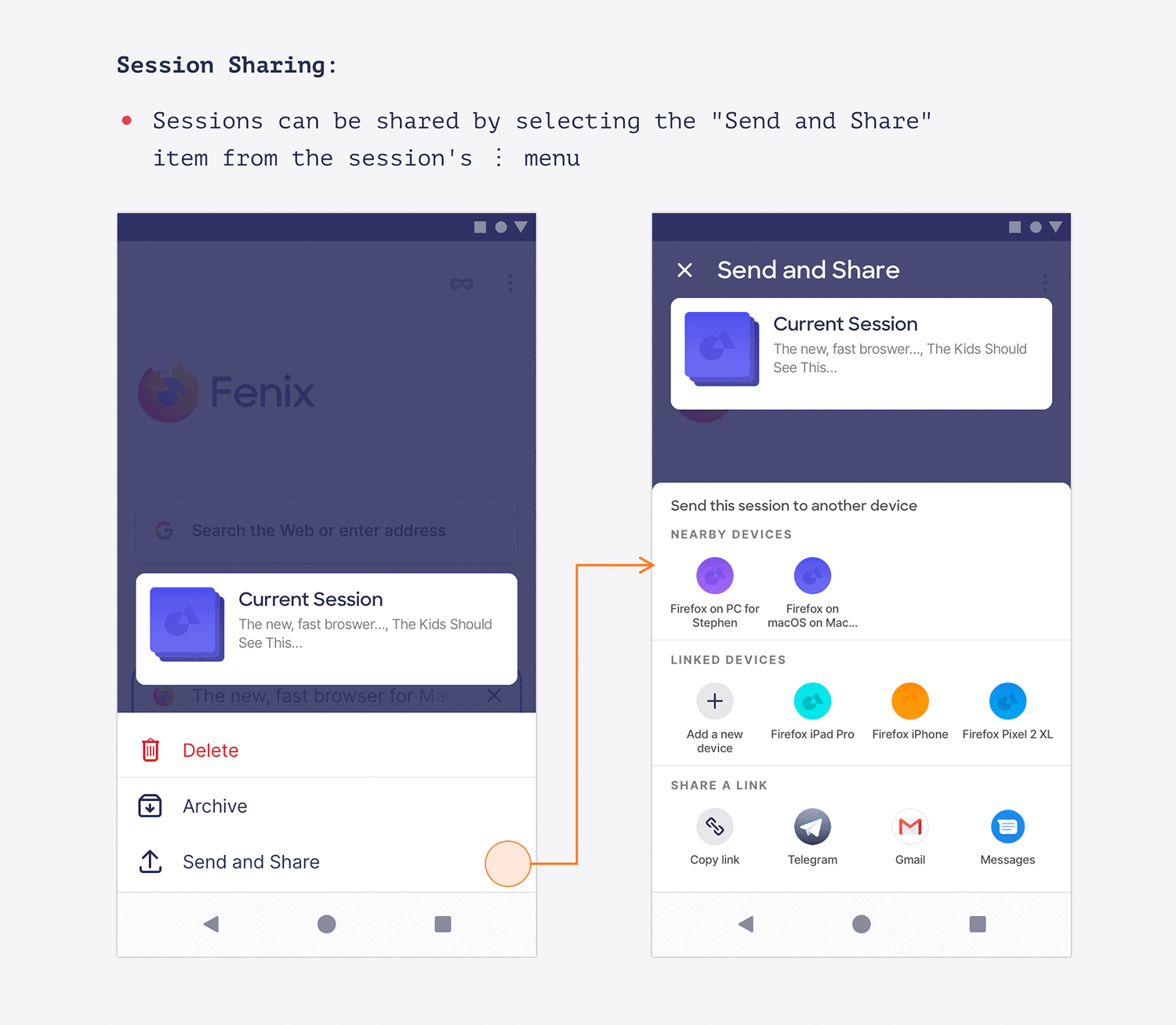 Mozilla’s idea to change tab management in Firefox Fenix is certainly an interesting one. One benefit that comes out of it is that the browser won’t use as much RAM as other browsers on mobile devices since tabs are only kept open during sessions but not across sessions.

Will there be an option to restore the classic behavior? We don’t know the answer to that. It is certainly possible that some users will dislike the new method. Those who prefer to keep tabs open in the browser may find the new approach less useful as they’d have to reopen tabs frequently.  One way around this would be to allow users to lock tabs so that they remain open across sessions.