PayPal says today marks the launch of Xoom in Canada, its international money transfer service. According to the company, Xoom will let Canadians send money, pay bills or reload mobile balances in over 130 countries worldwide “at competitive rates.” 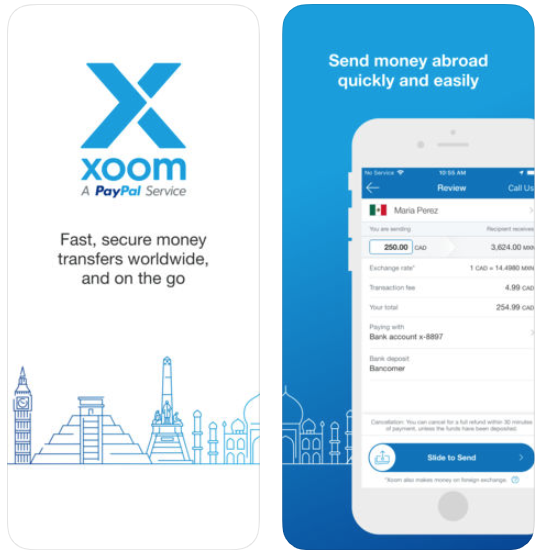 “The traditional methods of sending money abroad are slow, expensive and stressful for both the sender and the receiver. Senders are often faced with worry about when, or if, their money will reach their loved ones,” said Julian King, Xoom’s Vice President and General Manager, in a press release.

PayPal gives the example, “Sending money overseas through a digital service like Xoom costs nearly half (3.93%) of the amount sent compared to the average cost of traditional remittances services (7.45%),” based on the company’s 2017 white paper.

“As a disruptive digital remittance provider, Xoom is helping to eliminate these inconveniences so it’s fast and easy for Canadians to send money abroad for cash pickups, bank deposits, reloading prepaid phones and paying bills for loved ones back home—all from the comfort of their homes or from their mobile devices,” added King.

Canadians can send up to $12,500 in a single transaction with Xoom to over 130 countries, including China, India and the Philippines specifically, mentions the company, suggesting the service is targeting foreign workers in Canada, for sending money back home.

PayPal acquired Xoom back in the summer of 2015 for $890 million USD. Xoom is popular in countries such as Mexico, China, Brazil, India and the Philippines.

PayPal users can login to Xoom using their existing credentials and also download apps on iOS and Android.