Tesla has just unveiled their new V3 Superchargers tonight, which offer faster charging for owners, capable of rates of up to 1,600 km per hour (1000 miles/hour) at their peak. Design-wise, V3 Superchargers look the same as V2, but come with a thicker charging cable. 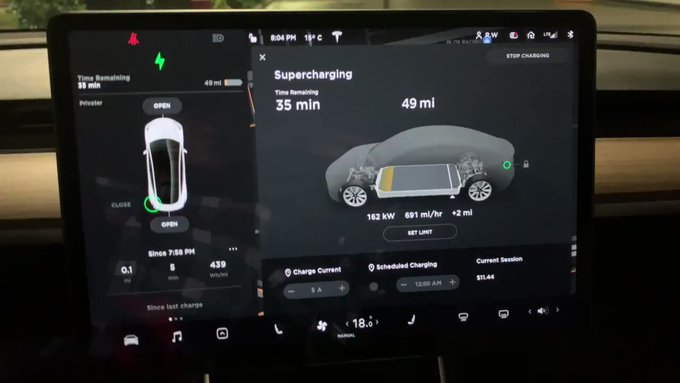 this is nuts! V3 supercharging 1000mph

As Tesla writes, this faster charging means no more power sharing at Superchargers, with the vehicle next to you:

V3 is a completely new architecture for Supercharging. A new 1MW power cabinet with a similar design to our utility-scale products supports peak rates of up to 250kW per car. At this rate, a Model 3 Long Range operating at peak efficiency can recover up to 75 miles of charge in 5 minutes and charge at rates of up to 1,000 miles per hour. Combined with other improvements we’re announcing today, V3 Supercharging will ultimately cut the amount of time customers spend charging by an average of 50%, as modeled on our fleet data.

The company says with just 5 minutes of charging, you can get up to 75 miles, or 120 kilometres.

Tesla explains “we anticipate the typical charging time at a V3 Supercharger will drop to around 15 minutes.” 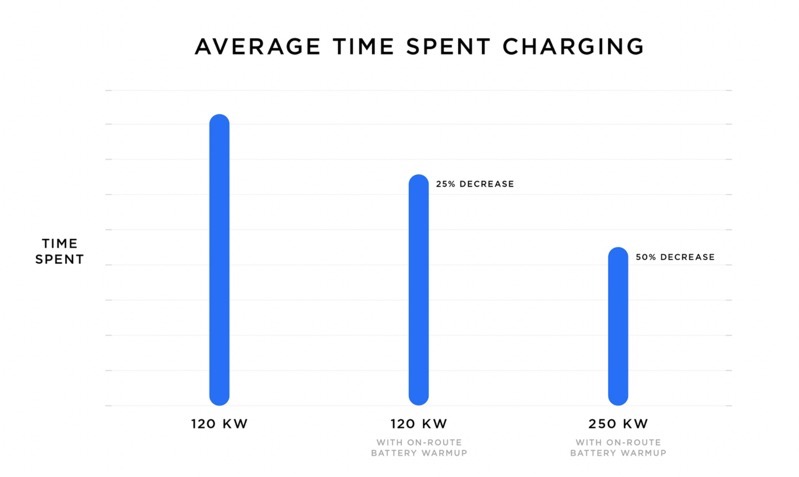 A new feature called On-Route Battery Warmup, means as you set your destination for a Supercharger, your battery will warm itself up, to prepare itself for optimum charging, so you spend less time waiting for a charge, by 25%.

“This combination of higher peak power with V3, dedicated vehicle power allocation across Supercharger sites, and On-Route Battery Warmup enables customers to charge in half the time and Tesla to serve more than twice the number of customers per hour,” explains Tesla.

V3 Supercharging will launch its first public beta site in the Bay Area, offered to owners part of the company’s Early Access Program. At launch, only Model 3 owners will be able to use V3 Supercharging. For existing Model S and X owners, Tesla says they will see “charging speeds [increase] via software updates in the coming months.”

In Q2, an over-the-air firmware update will allow for V3 Supercharging for all owners, as more V3 Superchargers go online in Q2 and Q3, while Europe and Asia-Pacific will see V3 chargers in Q4.

Tesla says “With thousands of new Superchargers coming online in 2019, the launch of V3, and other changes we’re making to improve throughput, the Supercharger network will be able to serve more than 2x more vehicles per day at the end of 2019 compared with today – easily keeping pace with our 2019 fleet growth.”