Is sleeping too much bad for your brain?

How does sleep duration impact our ability to think?

As years of research mount up, we are steadily improving our understanding of sleep.

However, despite making up around one third of our entire lives, sleep still holds many mysteries.

Increased screen time, caffeine, and stress are among the many reasons why people do not get the sleep that they require.

So, as our sleep quality deteriorates, understanding the impact on health and performance is more important than ever.

To add to our growing knowledge of sleep, researchers from Western University’s Brain and Mind Institute in Canada set up the largest sleep study to date.

The largest sleep study ever

Launched in June 2017, the online sleep study collected data from more than 40,000 participants in just the first few days.

As Adrian Owen, a cognitive neuroscience researcher at Western, explains, “We really wanted to capture the sleeping habits of people around the entire globe. Obviously, there have been many smaller sleep studies of people in laboratories, but we wanted to find out what sleep is like in the real world.” 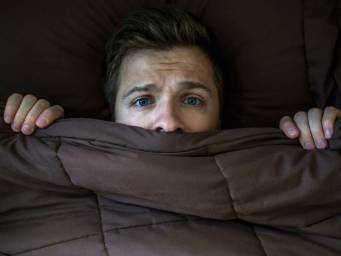 The number and diversity of participants allowed them to compare the impact of sleep deprivationon people of different ages, professions, and lifestyles. Their preliminary findings, based on an analysis of 10,000 people, were published recently in the journal SLEEP.

To get an in-depth understanding of the people involved in this study, the team collected detailed data from participants.

As Owen goes on to explain, “We had a fairly extensive questionnaire, and they told us things like which medications they were on, how old they were, where they were in the world, and what kind of education they’d received because these are all factors that might have contributed to some of the results.”

This gave the scientists the opportunity to test a range of theories and gain an understanding of how sleep quantity might affect people. Volunteers underwent a battery of 12 well-established cognitive tests so that the amount of sleep could be correlated with mental ability.

About half of the participants slept for 6.3 hours or under per night, which is around an hour less than the study’s recommended level.

Where are the deficits?

It took the scientists by surprise that getting 7–8 hours of sleep each night was associated with the highest cognitive functioning. Both shorter and longer duration of sleep caused a dip in performance.

Interestingly, this effect was constant, regardless of age. That said, older adults were more likely to have a shorter sleep duration, meaning that as a whole, they were impacted more by sleep deprivation than other age groups.

Both more and less sleep negatively impacted a variety of cognitive functions, such as identifying complex patterns and manipulating information to solve problems. It was verbal ability that was most significantly impacted.

One of the most surprising findings from the cognitive tests was that people who slept for 4 hours or under each night performed as though they were almost 8 years older.

“We found that the optimum amount of sleep to keep your brain performing [at] its best is 7 to 8 hours every night, and that corresponds to what the doctors will tell you [you] need to keep your body in tip-top shape.”

When the scientists drilled down into the different types of cognitive test, they saw that short-term memory was relatively untouched by sleep duration; this is surprising, as sleep is known to be important for memory consolidation.

Previous sleep deprivation studies — where an entire night of sleep is missed — have noted drops in memory performance. The study authors wonder whether this might show that long-term sleep habits have a different cognitive effect than sleep deprivation over a shorter period of time.

However, just 1 night’s sleep seems to be able to reverse some of the deficits caused by sleeping for under 7–8 hours. The researchers found that those who had slept more than usual the night before taking the tests performed better than individuals who had slept their normal amount.

The results show just how much difference sleep can make to the way our brains perform, which is important as more and more of us get less and less sleep. The authors give a rather stark warning:

“These findings have significant real-world implications, because many people, including those in positions of responsibility, operate on very little sleep and may suffer from impaired reasoning, problem-solving, and communications skills on a daily basis.”

The authors mention some limitations to the study; for instance, there are inherent problems with relying on self-rated sleep duration. However, because the study was carried out on such a huge group of people, these effects should have been minimized.

Also, this study is cross-sectional, meaning that it took a snapshot of each participant; this design means that it is not possible to definitively prove cause and effect.