New brain region ‘could be what makes humans unique’

Due to technological advancements in recent years, medical science has made huge leaps — many with vast implications for medical and neuroscientific research.

For instance, scientists devised an innovative method that allowed them to record a million neurons at once, as well as to decode neural activity in real time.

The techniques gave researchers access to meaningful data within milliseconds.

Cutting-edge data processing techniques such as these mean that we are able to dive deeper into the depths of our brains — an organ with 100 billion neurons and an astonishing processing power that we are only beginning to understand.

A new discovery has revealed a part of the human brain that was unknown until now. Prof. George Paxinos, an anatomist with Neuroscience Research Australia (NeuRA) — an independent medical research institute in Sydney — has suspected the existence of a new brain area for 3 decades.

The researcher, who specializes in brain mapping, has only now been able to confirm his suspicions, with the help of innovative staining and brain imaging techniques.

Prof. Paxinos has called the brain area Endorestiform Nucleus, and he detailed his discovery in his book Human Brainstem: Cytoarchitecture, Chemoarchitecture, Myeloarchitecture.

The Endorestiform Nucleus is located in the inferior part of the inferior cerebellar peduncle, which connects the cerebellum to the underlying brainstem.

The inferior cerebellar peduncle is “responsible” for integrating spatial and motor infromation to regulate our fine motor skills. 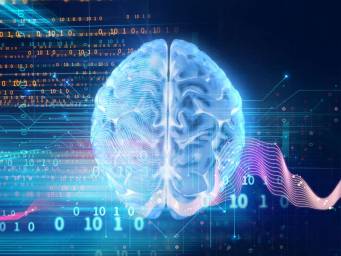 This is how your brain predicts future events
New research details the mechanism that allows the brain to anticipate future events.

Fine motor skills include movements of the hands and fingers, such as pinching or grasping, as well as fine movements that enable us to control our posture and balance. When we tie our sholeaces, button up our shirt, or type on a keyboard, for instance, we are using fine motor skills.

Prof. Paxinos deduced the function of the newly found Endorestiform Nucleus based on its location. He says, “I can only guess as to its function, but given the part of the brain where it has been found, it might be involved in fine motor control.”

“The region is intriguing because it seems to be absent in the rhesus monkey and other animals that we have studied […] this region could be what makes humans unique besides our larger brain size.”

He specializes in brain mapping, and neurosurgeons now use his “brain atlases” regularly. Having a detailed understanding of the architecture and neuronal connectivity of the human brain is vital for coming up with better treatments for neurological conditions.

In this particular instance, discovering a brain area that regulates fine motor control may have significant implications for neurodegenerative conditions that affect a person’s motor skills, such as Parkinson’s disease and motor neuron disease.

In the video below, Prof. Paxinos details his findings. The video also includes a 3-D rendering of the new brain region:

Peter Schofield, a professor from the University of New South Wales in Sydney and the CEO of the NeuRA research center, places the findings in the larger context of Prof. Paxinos’s expertise.

He explains, “[Prof. Paxinos’s] atlases showing detailed morphology and connections of the human brain and spinal cord provide a critical framework for researchers to test hypotheses from synaptic function to treatments for diseases of the brain.”