Are we facing a Parkinson’s pandemic?

Parkinson’s is on the rise, but can we slow its march?

Parkinson’s disease is a neurodegenerative condition.

Over time, even simple movements become difficult; and, as the disease progresses, dementia is common.

Historically, Parkinson’s was rare. In 1855, for instance, just 22 people living in the United Kingdom died with Parkinson’s disease.

Today, in the United States, the National Institutes of Health (NIH) estimate that about half a millionpeople are living with the disease.

Recently, a group of experts from the field of movement disorders published an article in the Journal of Parkinson’s Disease. Titled “The emerging evidence of the Parkinson’s pandemic,” the authors outline their growing concerns and what might be done.

Globally, neurological disorders are the leading cause of disability. Of these, Parkinson’s disease is the fastest-growing. In 1990–2015, the number of people living with Parkinson’s doubled to more than 6.2 million. By 2040, experts predict that that number will reach 12 million.

The term “pandemic” is normally associated with diseases that can spread from person to person. Of course, this does not apply to Parkinson’s. However, according to the study authors, the condition’s spread does share some of the characteristics of a pandemic. 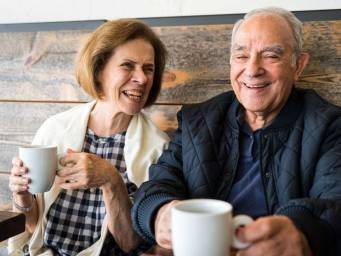 How coffee might protect against Parkinson’s
A recent study investigates which compounds in coffee produce its neuroprotective effects.

For instance, it is a global concern that is present in every region of the planet. It is also becoming more prevalent in all regions that scientists have assessed. Additionally, pandemics tend to move geographically. In the case of Parkinson’s disease, it seems to be moving from West to East as demographics slowly change.

Some researchers also believe that although people cannot “catch” noncommunicable conditions such as diabetes through contact with pathogens, they may still be pandemics. They explain that these conditions are still communicable via new types of vectors — namely, social, political, and economic trends.

In the case of diabetes, for instance, one author argues that we are transmitting risk factors across the world. Such factors include “ultraprocessed food and drink, alcohol, tobacco products, and wider social and environmental changes that limit physical activity.”

Because Parkinson’s primarily affects people as they grow older, the steady increase in humanity’s average age means an inevitable increase in the prevalence of Parkinson’s. This slow lift in our average age is not the only factor playing into the hands of a potential epidemic.

Some studies show that, even when analysis accounts for increasing age, Parkinson’s disease still seems to be becoming more prevalent.

This means that the average older adult today has an increased risk of developing Parkinson’s disease.

The study authors outline some of the factors that appear to be increasing the risk of Parkinson’s disease today.

Globally, the number of people who smoke tobacco has dropped significantly over recent decades. People roundly and rightly consider this to be a huge benefit to public health.

However, smoking tobacco appears to reduce the risk of Parkinson’s disease. Some studies have shown that smoking can reduce risk by more than 40 percent.

Reducing tobacco consumption may therefore be raising the overall prevalence of Parkinson’s disease.

The growth of industry

Also, industrialization might be playing a part in the steady rise in Parkinson’s risk. As the authors write:

“Numerous byproducts of the Industrial Revolution, including specific pesticides, solvents, and heavy metals, have been linked to Parkinson disease.”

For instance, China — a country that has witnessed rapid industrial growth — has had the swiftest increase in Parkinson’s disease.

Scientists are still debating the role that pesticides play in Parkinson’s. However, one in particular, paraquat, is strongly linked to the condition and is now banned in 32 countries.

Despite this, the study authors say that in the U.S., people are using it “in ever greater quantities.” The U.K. is 1 of 32 countries to have banned paraquat usage. Regardless, they continue to manufacture it and sell it to countries including the U.S., Taiwan, and South Africa.

Increasing rates of Parkinson’s disease are concerning for obvious reasons, but what can we do?

Can we turn the tide?

The study authors believe that the key to transforming this seemingly inevitable rise in Parkinson’s disease is activism.

Conditions such as HIV and breast cancer have benefited widely from this approach. For example, many focus on raising awareness, amassing funds, improving treatments, and changing policy.

Stopping the production and use of certain chemicals that may increase the risk of Parkinson’s is essential. As the authors write:

“We have the means to prevent potentially millions from ever experiencing the debilitating effects of Parkinson disease.”

Also crucial, as ever, is financial backing. More research is needed to understand why the condition appears and how it progresses, and this type of scientific investigation is never cheap.

In particular, scientists need to develop better medications. Currently, the most effective therapy is levodopa, which is 50 years old and not without its issues, including both psychological and physical side effects.

While this recent analysis is worrying, the authors leave the reader with some positivity, concluding that “[t]he Parkinson pandemic is preventable, not inevitable.”