Parkinson’s: How stem cells can help repair the brain

Parkinson’s disease affects around half a millionpeople in the United States, and the number is only expected to rise given the progressive aging of the population.

The National Institutes of Health (NIH) estimate that doctors diagnose the condition in around 50,000 people each year.

The NIH warn that the prevalence of this neurodegenerative condition is only going to increase unless researchers come up with new and better treatments.

Currently, the most common therapy uses the drug levodopa to stimulate dopamine production in certain neurons associated with motor skills.

These dopaminergic neurons are situated in the nigrostriatal pathway, which is a brain circuit that connects neurons in the substantia nigra pars compacta with the dorsal striatum.

However, levodopa has a wide array of side effects, from physiological to psychological ones. Also, in the long-term, the benefits of such dopamine-regulating drugs are limited.

So, it is crucial that scientists come up with more effective strategies for repairing the brain damage that Parkinson’s disease causes.

New research, which now appears in a special supplement to the Journal of Parkinson’s Disease, evaluates the potential of stem cell therapy for treating this neurodegenerative condition.

Dr. Claire Henchcliffe, of the Department of Neurology at the Weill Cornell Medical College in New York City, NY, co-authored the study with Malin Parmar, Ph.D., a professor in a research group called “Multidisciplinary research focused on Parkinson’s disease at Lund University.”

“We are in desperate need of a better way of helping people with [Parkinson’s],” say the scientists. “It is on the increase worldwide. There is still no cure, and medications only go part way to fully treat[ing] incoordination and movement problems.”

In their review, Dr. Henchcliffe and Prof. Parmar examined the evolution of stem cell therapy and its uses for replacing damaged neurons in Parkinson’s.

“If successful, using stem cells as a source of transplantable dopamine-producing nerve cells could revolutionize care of the [Parkinson’s] patient in the future,” they say. 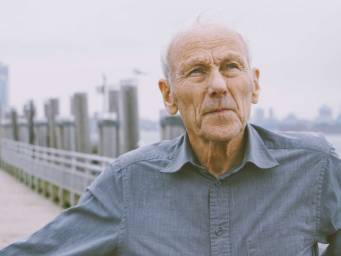 Are we facing a Parkinson’s pandemic?
A new review discusses the possibility of this neurodegenerative condition becoming a global pandemic.

“A single surgery,” the authors go on to state, “could potentially provide a transplant that would last throughout a patient’s lifespan, reducing or altogether avoiding the need for dopamine-based medications.”

More than 3 decades ago, pioneering studies that transplanted stem cells to treat Parkinson’s used “fetal cells obtained from the midbrain of aborted embryos.”

However, there were numerous ethical issues with the procedure, as well as a host of side effects. These included transplant rejection and involuntary movements called dyskinesias.

Recent advances in stem cell technology mean that the materials from which stem cells are derived are different and varied. For instance, researchers can use a person’s own skin to collect pluripotent cells and reprogram them directly into neuronal cells.

Cells can also be reprogrammed directly in the brain by injecting the conversion genes instead of the human skin cells. Researchers can also derive stem cells from the person’s own blood.

“We are moving into a very exciting era for stem cell therapy,” Prof. Parmar points out. “The first-generation cells are now being trialed and new advances in stem cell biology and genetic engineering promise even better cells and therapies in the future.”

As Dr. Henchcliffe says, “Right now, we are just talking about the first logical step in using cell therapies in [Parkinson’s].

“Importantly, it could open the way to being able to engineer the cells to provide superior treatment, possibly using different types of cells to treat different symptoms of [Parkinson’s] like movement problems and memory loss.”

Prof. Parmar goes on to point out that “[t]here is a long road ahead in demonstrating how well stem cell-based reparative therapies will work, and much to understand about what, where, and how to deliver the cells, and to whom.”

She concludes, “But the massive strides in technology over recent years make it tempting to speculate that cell replacement may play an increasing role in alleviating at least the motor symptoms, if not others, in the decades to come.”