Human genome editing: ask whether, not how 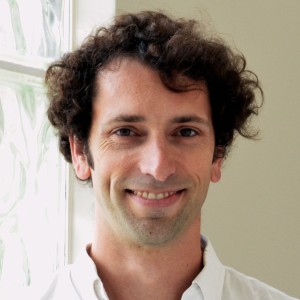 The scientific community’s response to the CRISPR twins should not pre-empt broader discussion across society, warns J. Benjamin Hurlbut.

Leaders in the scientific community are urgently seeking to set international standards for producing genetically modified humans. They are reacting to November’s announcement by Chinese scientist He Jiankui, who claims that twin girls have been born carrying gene-editing changes He made when they were embryos.

In calling for standards for producing such ‘CRISPR-edited’ babies, these leaders have shunted aside a crucial and as-yet-unanswered question: whether it is (or can ever be) acceptable to genetically engineer children by introducing changes that they will pass on to their own offspring. That question belongs not to science, but to all of humanity. We do not yet understand what making heritable genetic alterations will mean for our fundamental relationships — parent to child, physician to patient, state to citizen and society to its members.

In 2015, the dozen bioethicists and scientists who organized the first International Summit on Human Gene Editing agreed. They said it was irresponsible to proceed with heritable human genetic alteration until two conditions were met: one, that safety and efficacy had been demonstrated; and two, that there was “broad societal consensus” about the appropriateness of proceeding.

Yet just over three years later, the summit leaders seem to have abandoned the commitment to societal consensus, and thus to ensuring that science’s agenda is informed by the wider human community. By guiding genome editing into the fertility clinic, summit leaders are making the wrong judgement call: they are saying, in effect, that He’s experiment was problematic not because of what he did, but because of how he did it. The real problem, however, is that by doing what he did, He appropriated responsibility for a decision that belongs to all of us. Scientific leaders now risk repeating the same error. To move forward in a positive direction, science must not presume to set the destination for a technology, but should follow the direction that we, the people, provide. Science is — and must be — in the service of the societies of which it is part. Deviating from that principle harms both science and the human future.

That future must draw on diverse traditions of thought — in law, political theory, humanities, arts and religion — and on the wealth of human experience. Yet scientific leaders are seeking to disengage and to self-regulate, once again invoking the 1975 Asilomar Conference on Recombinant DNA as a precedent. This is not good history or good governance. At Asilomar, scientists resolved a matter of public concern without public involvement. As US Senator Edward Kennedy remarked: “They were making public policy. And they were making it in private.” This allowed research to proceed, but at the price of public trust.

Four decades later, we must choose a different path. At stake is more than the future of genome editing, or cures for genomic disorders. At stake are the ways in which we as a human community guide and govern our technological futures.

Some suggest that governance should be left to national regulation and markets. This would allow countries to manage effects within their borders, but denies humanity a role in judging what futures should be brought into being. The 29 countries in Europe that have ratified the 1997 Oviedo Convention have long held that making heritable genetic modifications to people violates human rights and dignity. Existing problems of reproductive tourism — from egg selling to bringing home children born through surrogacy in countries with weaker rules — will look minor by comparison.

The controversy around He’s experiments has created an opportunity and an urgent need for innovation in the global governance of science and technology. Progress towards a consensus will require wide agreement about what needs to be discussed, and in what terms. Scientific assessment of safety and efficacy? The autonomy of patients? Human dignity? This, in turn, requires working out intermediate forms of consensus about what is at stake and who is a stakeholder; what needs to be asked; and through what forms of deliberation.

My colleagues Sheila Jasanoff, Krishanu Saha and I are spearheading one modest experiment, a global observatory to convene such conversations across different disciplines, cultures and nations (see S. Jasanoff et al. Nature 555, 435-437; 2018). These conversations can improve governance of genome editing, but can also do more. They can strengthen ties of trust that bind together science and other institutions of governance; and they can help us to gather as a human community and imagine the technological futures that we collectively wish to welcome, or to shun.

Imagining those futures requires us to recognize the patterns of the past. In 1958, the philosopher Hannah Arendt worried that our technologies might leave us “unable to understand, that is, to think and speak about the things which nevertheless we are able to do”. Understanding, she noted, is a matter of politics: of becoming a public that can ‘think and speak’ together about our common future. It was daring to imagine such a politics in that broken moment after Auschwitz when the atomic bomb — that extraordinary product of scientific genius — threatened to extinguish civilization.

This, too, is a moment that demands radical hope. We must not let the hard and virtuous work of learning to think and speak as a human community be displaced by an impulse to deploy technologies regardless. If we do, harm could come from these powerful new techniques that we do not yet understand, but are nevertheless able to do.