Researchers hope that the genes of a glowing squid can illuminate how animals evolved organs for beneficial bacteria.
1 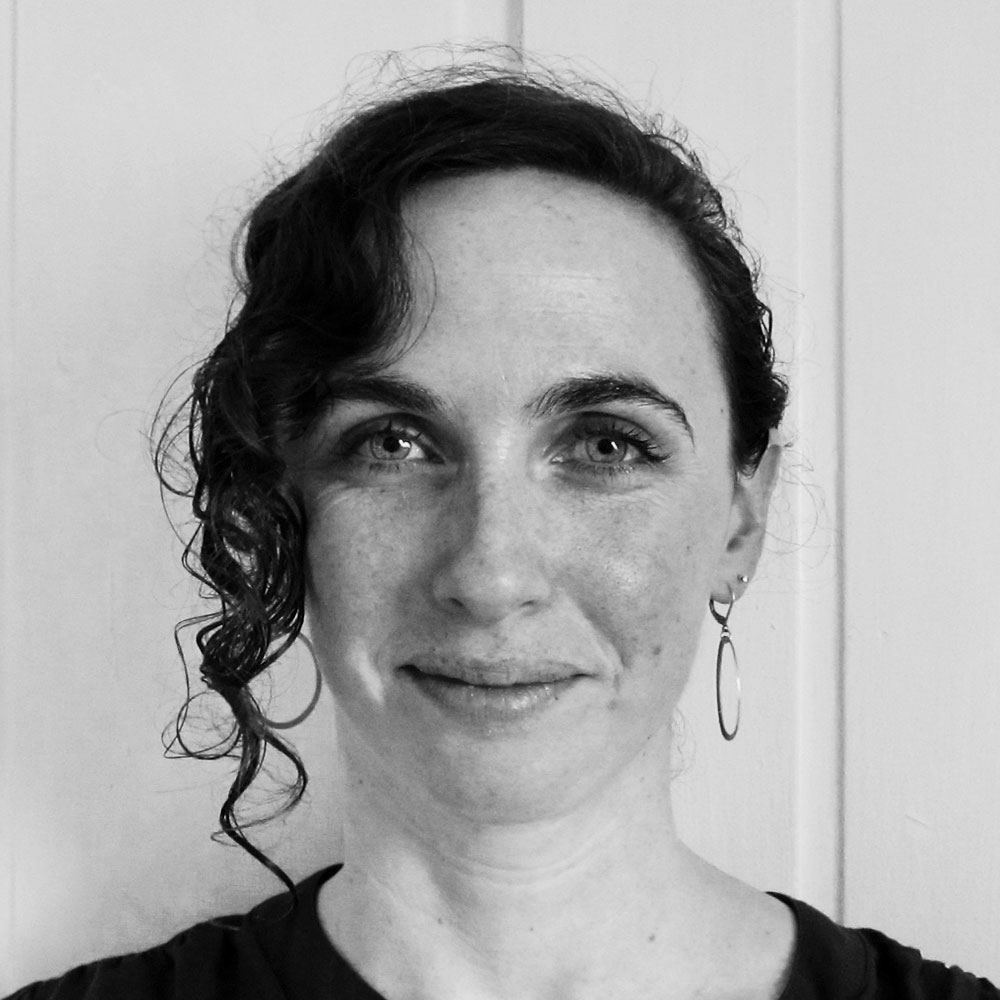 Every evening, nocturnal Hawaiian bobtail squids (Euprymna scolopes) emerge from their burrows in shallow waters of the Pacific to hunt for shrimp. These soft-bodied, golf ball-size cephalopods don’t have much to protect them from predators like seals, eels and fish. So they rely on another organism to help out: the bacterium Vibrio fischeri. This microbe lives in an organ embedded in the squid’s ink sac and emits light throughout the night to match the illumination of the moon.

“It is basically acting like a little invisibility cloak for the squid,” said Jamie Foster, a microbiologist at the Space Life Sciences Lab at the University of Florida. In return for help with camouflage that protects against predators, the squid offers up sugars to feed the bacteria and lure them into the organ.

This mutually beneficial relationship has evolved over millions of years and is one of numerous examples of how multicellular animals and microbes work together to increase their chances of survival. But scientists still know little about how these relationships evolve or what spurs animals to grow specialized organs that encourage these symbioses.

Now, Foster and an international team of researchers have mapped the genome of a Hawaiian bobtail squid, creating a new tool to explore these questions. By parsing the squid’s genome, the team has already discovered that the evolution of its light organ followed a completely different pathway than that of a second symbiotic organ, which supports reproduction. Published in the Proceedings of the National Academy of Sciences, the findings lay the groundwork for future studies of animal-microbe interactions, including those in humans.

This work also marks the completion of the first genome for a squid — and only the second for a cephalopod of any kind, following the publication of a genome map for the octopus in 2015. “Having the genome available will be a tremendous resource for the field of studying symbiotic relations,” said Cliff Ragsdale, a researcher at the University of Chicago who helped map the octopus genome but wasn’t involved in this new study.

Given their tentacles, color-changing skin and other biological novelties, bobtail squids may not seem like the most obvious candidates for helping with the study of symbiosis in humans or other animals. But scientists have studied this species as a model of symbiosis for more than three decades. “We share a lot of genes and we share a lot of [genetic] pathways, so we can learn a lot from these model systems about our own health,” Foster said. For example, she noted, humans and squids share some of the same immune system components. In fact, our immune systems are so comparable that Foster sends squids into space to learn more about the human immune response to spaceflight.

In addition to these helpful commonalities, the bobtail squid has a unique quality that lends itself to symbiosis studies. Rather than going into partnership with a consortium of bacteria, as the human gut and most other symbiotic organs do throughout nature, the bobtail squid’s light organ cultivates a strictly monogamous relationship with V. fischeri. The squid’s immune system recognizes and nurtures only this one type of bacteria within the light organ, warding off all other suitors. “Because we just have one host and one symbiont, it is easier for us to tease apart what is going on,” said Spencer Nyholm, a symbiosis specialist at the University of Connecticut and a co-author on the study.

With the genome now mapped, researchers can take the next step and explore the origins of the anatomical sites where these relationships unfold. In the case of the light organ, the squid had to be able to monitor and regulate the light it emits to match the light in the sky. “They needed a way to basically do a similar thing as the eye,” Nyholm said. And, indeed, the team found active genes in the light organ that are also used extensively in the squid’s eye, including ones that produce a high concentration of reflective proteins called reflectins. The squid seems to have duplicated and modified genes it already had available to create this helpful new organ — which also happens to include an eyelike lens.

The second symbiotic organ the team studied, the accessory nidamental gland (ANG), arose in a different way. The ANG is found only in females, and it produces a gelatinous, bacteria-laden coating that protects the squid’s eggs from being befouled by other colonizing microbes. The organ houses many types of bacteria, and it intensely expresses novel genes that are active nowhere else in the bobtail squid’s body — nor in any other squid. “It had to make up these genes in order for this organ to evolve,” Nyholm said.

While the two organs evolved separately, they both appear to have sprung into being relatively recently in squid evolution — roughly 30 million years ago, in the case of the light organ. That’s roughly 240 million years after squids and octopuses diverged.

“I think it’s a tremendous contribution,” said Angela Douglas, an entomologist who studies symbiosis at Cornell University and author of the book The Symbiotic Habit. She noted that, with the genome, researchers should be able to rule out certain scenarios about how these organs evolved and dig deeper into how animals form healthy relationships with their microbes.

“We have this paradigm that ‘microbes are bad,’ ‘cleanliness is next to godliness,’ and that animals are supremely good at detecting microorganisms and killing them,” Douglas said. And yet many creatures commonly provide a habitat for microorganisms. “Not only do we tolerate them,” she added, “but we actually need them.”

The new genome will also help researchers study how microbes influence host evolution and vice versa, said David Bourne, a marine biologist at James Cook University in North Queensland, Australia, and author of a recent mBio paper documenting evidence for this type of coevolution across a variety of marine species. “The mind-boggling diversity and abundance of microbes makes it daunting to begin to understand these concepts of coevolution,” he said. But the simplicity of the bobtail squid model, and now the availability of the genome, will help unravel some of this complexity.

The different ways organisms rely on microbes go far beyond camouflage and egg protection. For example, honeybees rely on eight different types of gut bacteria to stay healthy, and aphids rely on bacteria to produce amino acids they can’t readily find in their diets, according to Nancy Moran, an evolutionary biologist at the University of Texas, Austin, who edited the new paper. In Moran’s genomic studies of aphids, she has found that the insects build their amino acid-producing organ with a combination of recycled genes and new ones — “or at least they have evolved so much that you can’t see what they are related to anymore,” she said.

In addition to feeding and housing their microbes, animal hosts have evolved to support the beneficial work they do. Researchers think the bobtail squid might use its ink sac like a camera shutter to regulate the amount of light coming out, Nyholm said. And some of the squid’s blood cells seem to make their way into the light organ and sacrifice themselves, releasing sugar granules in the process. The bacteria then use the sugar for fermentation, which creates an acidic environment that helps the bacteria’s light-producing enzyme, luciferase, generate light.

Humans have evolved specific microenvironments that support microbial activity too, Nyholm pointed out. The stomach is quite acidic, whereas the colon is more alkaline — and the different microbial communities in each organ prosper under these respective conditions. As in the squid, the human immune system has evolved to recognize and welcome its symbionts in these different locations.

But when signals go awry, and our immune system can’t recognize these beneficial bacteria, conditions like inflammatory bowel disease and other immune disorders can arise, Nyholm noted. So by understanding how squids communicate with their bacteria in these different environments, researchers may eventually come to understand the basis of some of these immune diseases, he said.

The advantage of studying this symbiosis in the squid is its natural simplicity: While the human gut teems with diverse microbes and is hard to view, the squid’s light organ has a one-on-one relationship with V. fischeri and is surrounded by transparent skin. “The squid system is exquisite for being able to actually watch the bacteria enter the host,” said Mark Mandel, a microbiologist at the University of Wisconsin, Madison, who studies microbial symbiosis in bobtail squids as an analogue for other systems and was not involved in this study.

To take the next step in understanding how animals communicate with their microbes, researchers are now working to develop methods to manipulate and knock out genes in squid to explore which ones are essential to which functions. “You can start asking bigger questions,” Foster said.

And with several other cephalopod genomes in the pipeline for completion — including those belonging to the giant squid, the blue-ringed octopus and others — and with the technology to produce these more easily than in the past, researchers will soon be better equipped to sleuth out what’s unique to the bobtail squid and what might be more universal among cephalopods and other animals, Ragsdale said.

Once these other genomes become available, likely within the next several years, he added, “that will really open up the field.”