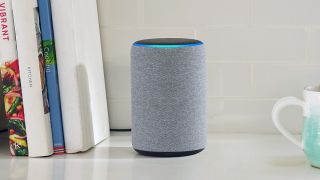 Sssshhhh… if the kids (or parents) are asleep and you don’t want to wake them up with a blast of Amazon Alexa’s voice, you can now activate a special Whisper Mode to have your Echo speak more quietly to you – at least if you’re using US English.

TechCrunch reports that the feature, announced last month, is now making its way to Amazon Echo devices in the US, though it isn’t enabled by default. You need to go into the Settings part of the Alexa app on your phone and then choose Alexa Account, Alexa Voice Responses, and Whispered Responses to turn it on.

The feature can also be activated using your voice: just say “Alexa, turn on whisper mode” and future responses from your smart speaker will be read out in hushed tones until you turn Whisper Mode back off again (via one of the same methods).

As yet there’s no indication as to when the rest of the world will get the functionality, but it shouldn’t be too long. Whisper Mode was unveiled in September alongside a big hardware refresh – featuring everything from a new Echo Dot to an Alexa microwave.

Of course one of the appealing aspects of the Amazon Echo – and other smart speakers like it – is that new features can continually be added over the web without the need to buy any new gadgets. Amazon is also prepping an Alexa Guard option that can detect the sounds of a break-in in your home.

If you’re in the US, you can see if Whisper Mode has arrived for you by updating the Alexa app on your iOS or Android device, and checking if the option appears in the app settings. If we hear more about worldwide availability, we’ll let you know.