Fear not! A swift sudo and your computational prayers will be answered 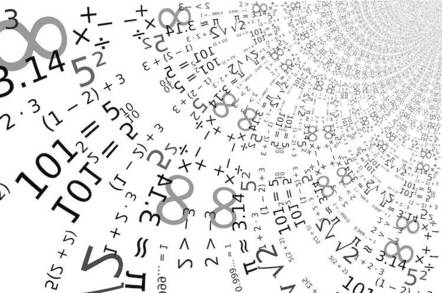 Knickers have become ever so twisty over the last few days as fans of the diminutive Raspberry Pi computer and its Raspbian operating system noted that Mathematica had been “removed”.

The conspiracy theories kicked off when users noted two simple words in the release notes for the latest and greatest version of Raspbian: * Removed Mathematica.

Discussions soon popped up on the Raspberry Pi Foundation’s own forums and elsewhere as to what the exclusion might mean.

The leading theory was that the contract that allowed the Foundation to bundle the pricey system for free for the education-orientated Pi had expired. Mathematica Desktop for Students, after all, starts at £105 (plus taxes), so getting it for free made the Pi somewhat of a steal.

A Raspberry Pi engineer confirmed the expiration theory in a forum posting, stating: “The contract was for five years and has expired.”

However, Wolfram Research contradicted this yesterday with a tweet confirming that Mathematica would indeed continue to be available on the Pi and even gave some handy commands to download the thing.

Sad to see that @WolframResearch‘s contract with @Raspberry_Pi has expired. It was such a great bundle of joy!

Mathematica+WolfLang will continue to be available on RPi, & can currently be downloaded from http://www.wolfram.com/raspberry-pi/
The following command will install it:
sudo apt-get update
sudo apt-get install wolfram-engine
Existing installations on RPi will continue to work as before.
~RN

So what exactly is going on?

For their part, Wolfram Research told The Register that the initial five-year contract had indeed expired, but they had agreed to extend it. The spokesperson went on to say:

Wolfram Research is committed to support Raspberry Pi’s mission to put the power of computing and digital making into the hands of people all over the world.

We were also assured that Mathematica and Wolfram Language for Raspberry Pi will be supported for the foreseeable future.

El Reg additionally got in touch with the Raspberry Pi Foundation and were told by its head honcho, Eben Upton, that the issue was also one of download size (as observed by several forum posters). Upton observed that removing Mathematica “takes a chunk of size out of the most commonly downloaded image (it’s never been present in the ‘lite’ image, but this also lacks the desktop and various other bits)”.

However, with not a little bit of understatement, he added: “That said, there’s been lots of grumbling, so we might end up putting it back.”

Going forwards, Mathematica could well end up being installed on physical media (such as SD cards) but left as an option for downloads.