Forget your deepest, darkest secrets, smart speakers will soon listen for sniffles and farts too

All the better to sell you stuff 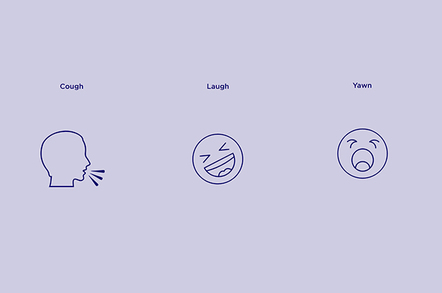 Smart speakers will listen for your farts, yawns and sneezes and analyse it to sell you stuff, a British AI company hopes.

Audio Analytic’s goal is to “map the entire world of sounds beyond speech and music”, which it claimed will “open up new service or subscription-based revenue streams for the world’s most innovative companies”.

The company, which began life in 2010, has patented what it calls “Brand Sonificiation”. It described how the sound of a can of pop or beer being opened becomes a “product use event”, and that data is captured and sent to “a remote computer system for analysis”.

Crisp or drink manufacturers and computer companies will create a distinctive audio signature for their brand, Audio Analytic seemingly hopes.

The product may be, for example, “food or beverages, home or personal care products in primary packaging that emit a sound on opening, computer equipment of software applications that emit… a sound when used or activated”.

Perhaps crisps could crunch in a distinctive way, the patent’s author mused. Or Microsoft could listen for the sound of a palm hitting the user’s forehead to identify when their computer is processing Windows 10 updates.

That’s one we made up. Obvs. 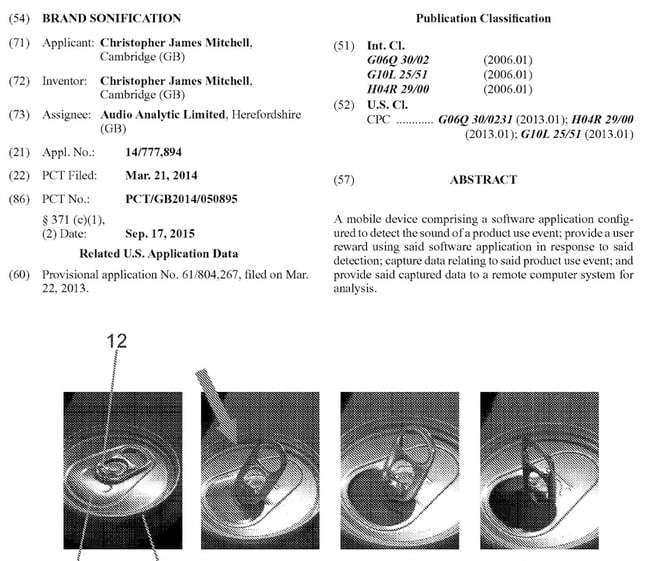 Suggested use cases are listed here. The company said it uses recursive convolutional neural networks and claimed to have the “world’s largest database of real world sounds”. A presentation made for Google can be found here.

“Consumers reasonably expect an equitable value exchange and are quite rightly going to be concerned about giving permission for third parties to analyse sounds, but as soon as they enjoy something in return we should be confident they’ll adopt the concept. Any interaction must be managed responsibly,” biz dev guy Julian Harris wrote.

Though the use of the clever recognition technology for home safety – listening for burglars or a baby’s sounds – is one thing, the commercialisation of ambient sounds may encounter some resistance.

As the Communications of the ACM journal noted, researchers at the University of Michigan found that smart speakers have only gained acceptance because consumers are deluding themselves.

For example, one user told Lau et al: “I think it could definitely record what you’re saying, but I don’t think it’s intelligent enough to remember. I don’t know if that makes sense… I guess, theoretically, it could record anything that you happen to be talking about that you’re in the room with. But I don’t know what anyone would really do with that.”

Another reasoned that “the data that would be involved in storing all that information would be astronomical”.

So there’s nothing to worry about. Or in the academics’ jargon:

“Users express few privacy concerns, but their rationalizations indicate an incomplete understanding of privacy risks, a complicated trust relationship with speaker companies, and a reliance on the socio-technical context in which smart speakers reside.” (Must-read PDF.)

But what, one may ask, did we think would happen once we allowed listening devices created by giant shopping or advertising multinationals into our homes? It’s rather like adopting a pet crocodile, and expressing surprise that it grows up and eats your children.