Apple Watch Series 3 review: The wearable leader runs out to an insurmountable lead

There’s none better, with or without LTE.

Apple Watch Series 3 has relieved my Forgotten Phone Anxiety. You know the feeling: You reach your destination and paw at the outside of your pocket to feel the phone-sized lump and it isn’t there. And you panic.

Mind you, my stomach still drops when I realize my phone isn’t with me (even times when I had purposefully left it at home), but now my fears quickly subside. With an LTE-equipped Apple Watch Series 3 on my wrist, I don’t need to turn around and head back to my house. I know that if someone is trying to get in touch with me, they can, and if an urgent email comes in, I can answer it. 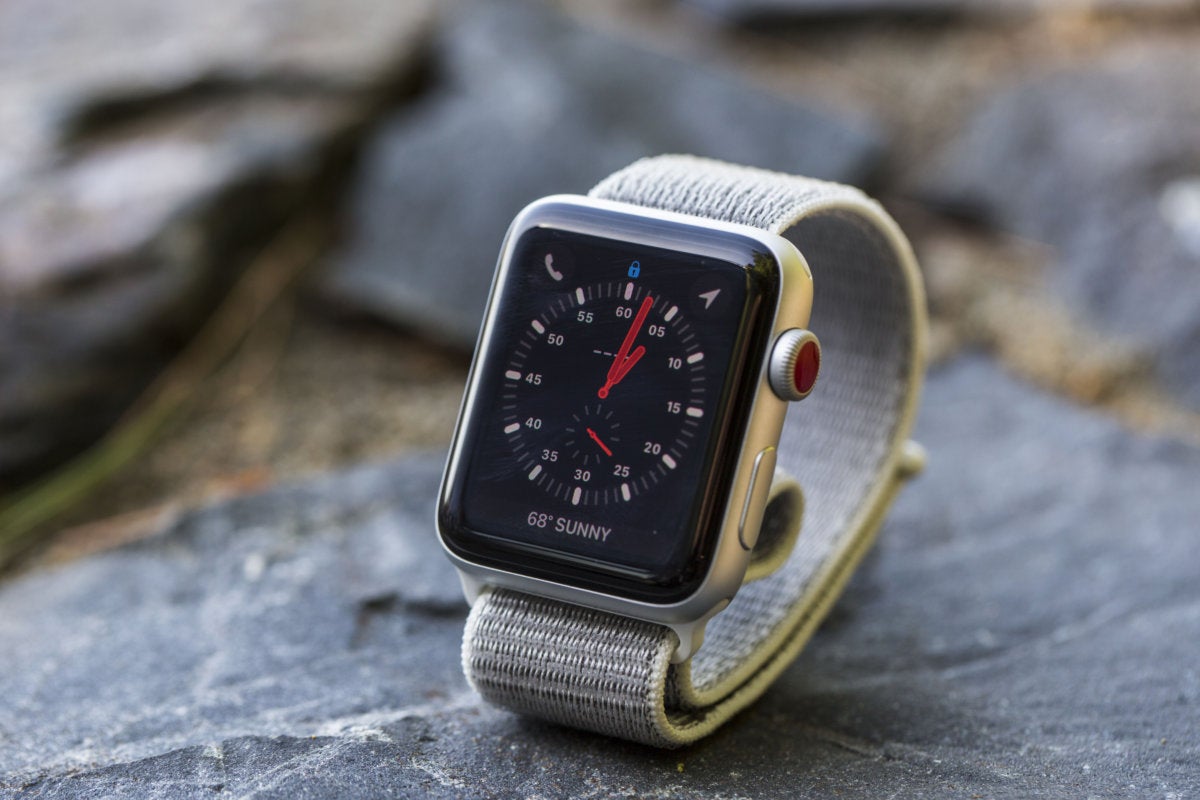 Apple Watch Series 3 is the gold standard of smartwatches, even in silver aluminum.

That being said, I didn’t need more than a couple days with my LTE-equipped Apple Watch Series 3 to see that it’s not meant to be away from an iPhone for very long. Its main selling point might be independence, but it’s still a generation or two away from being a full replacement for your iPhone.

But man is it close.

Reviews of Apple products generally devote many words to design, but there’s not a whole lot to say about Apple Watch Series 3. It’s the same dimensions as Series 2 (38.6 x 33.3x 11.4 or 42.5 x 36.4 x 11.4 millimeters, depending on which size you choose), and there’s just one new color, gray, in the $1,299 ceramic Edition model, as well as a tweaked gold aluminum to match the iPhone 8. That means all old bands, stands, and chargers will work fine. 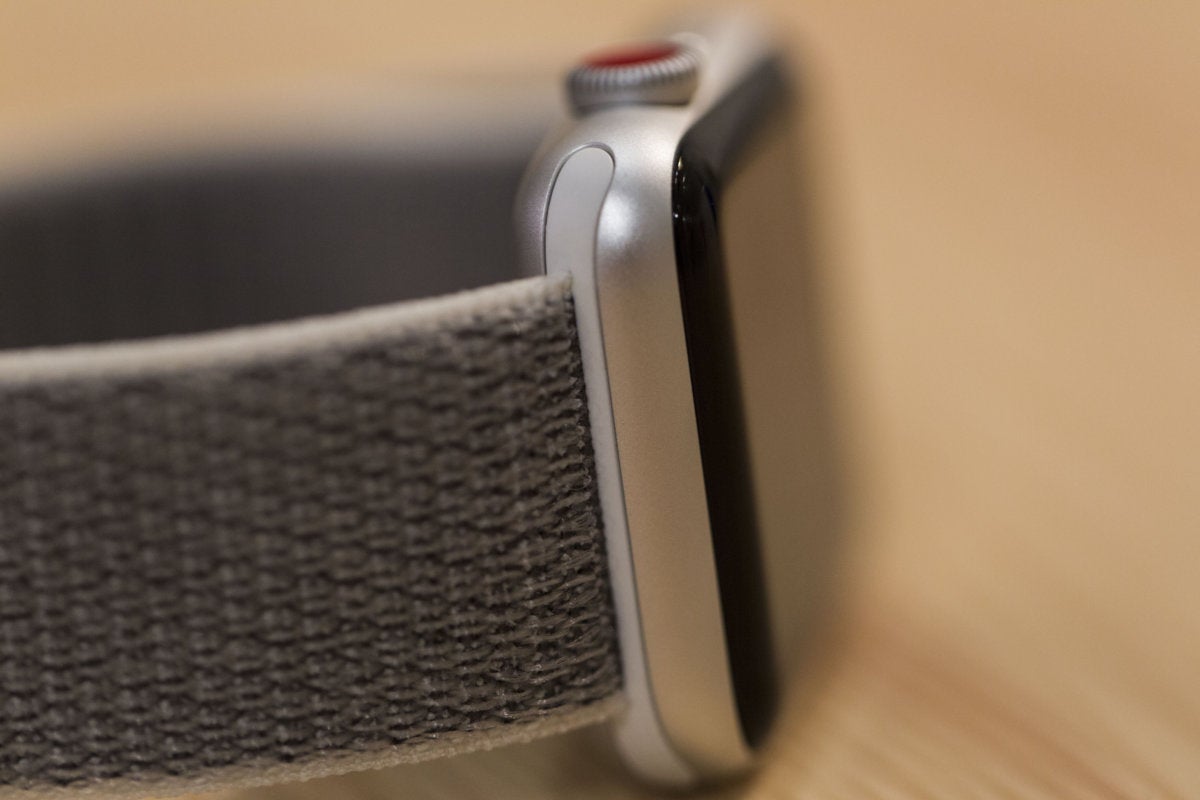 If you want to pick nits, it’s about a millimeter thicker than the Series 1 model Apple is still selling. But that’s with more storage (16GB versus 8GB), a bigger battery, GPS, 50-meter water resistance, a barometric altimeter, and, of course, cellular. I’ve tested several LTE-enabled Android Wear watches that make the 42mm Apple Watch look small, so putting such capabilities in the 38mm model is nothing less than a remarkable feat of engineering.

Some people are likely to fixate on is the red dot on the Digital Crown. There doesn’t appear to be any technical reason for it, so it’s safe to assume it’s strictly there to distinguish itself from the non-cellular models. And that it does. I never really noticed the color of the Digital Crown before, but the red circle was hard to miss against my test model’s silver aluminum body and seashell sport loop band. 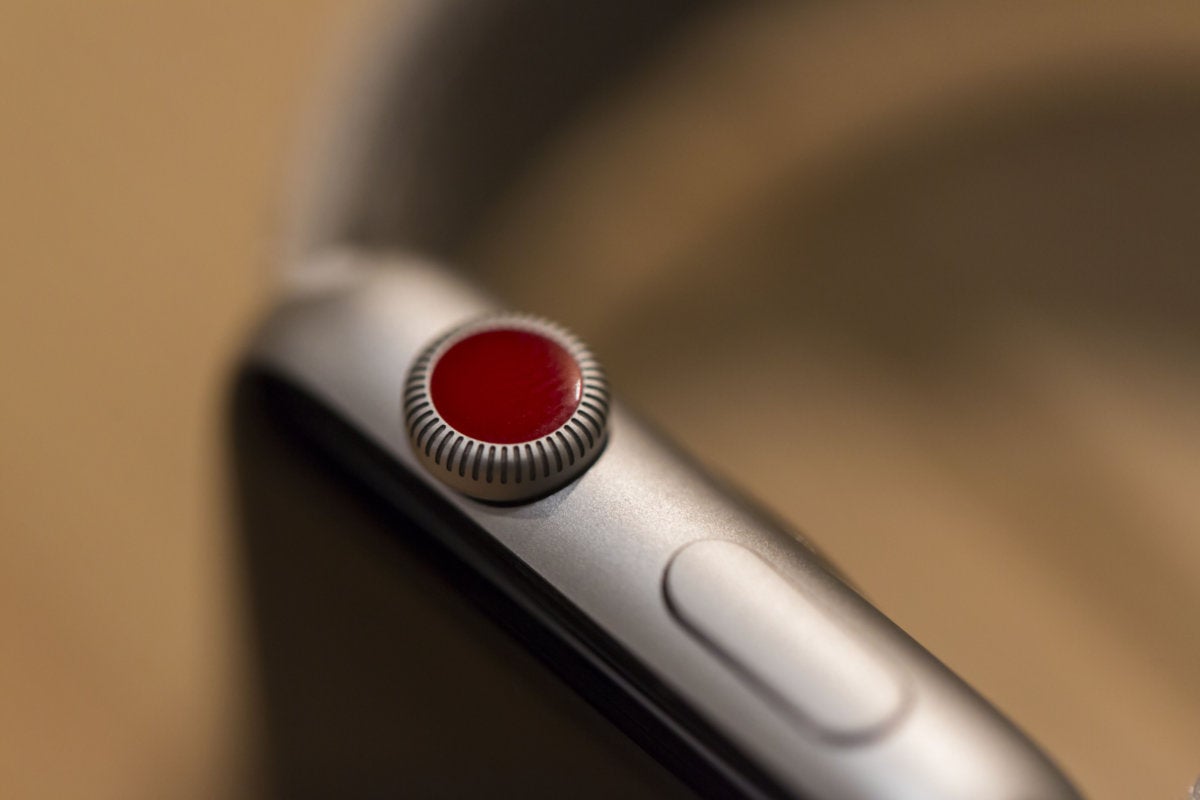 I kind of like it, but I could see why people despise it so much, especially if you’re the kind of person who constantly changes bands. It’s a curious design choice, but I wouldn’t be surprised to see similar flourishes on future models. Apple Watch’s design is already iconic, and I don’t see a massive redesign in the cards for Series 4 or 5. Apple positions its watch as jewelry like a Rolex or Omega, so the familiarity of the design is important. The red dot is a perfect way to showcase newness, even status, without changing what makes Apple Watch so recognizable.

Speed and other internal improvements

While it might look the same as models that came before, Apple Watch Series 3 couldn’t be more different on the inside. Along with LTE, there’s also a new S3 processor and W2 wireless chips, which give the Series 3 Apple Watch a tremendous speed boost. 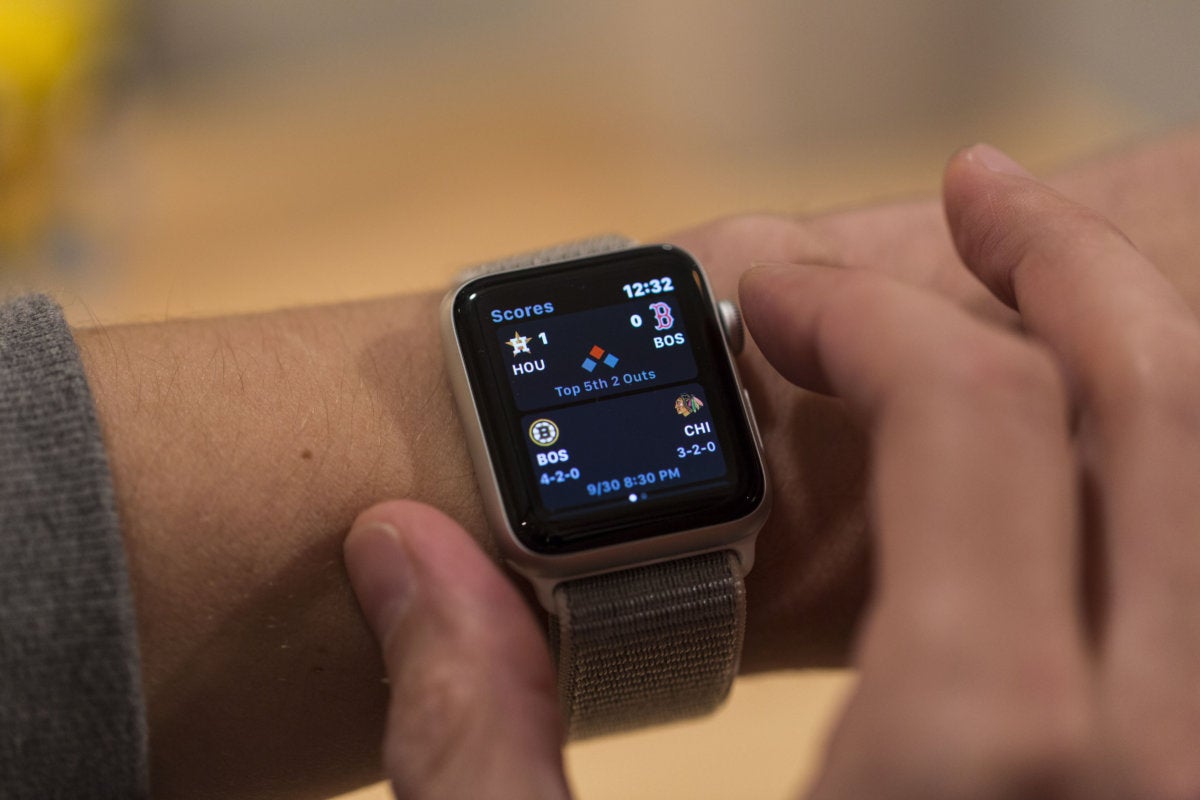 It only takes a second or two for apps to refresh with Apple Watch Series 3.

Navigation and animations are much smoother now, but most importantly, apps open much quicker. The speed of third-party apps was a pretty major pain point with previous generations of Apple Watch (particularly the original model, which most people will be upgrading from), and the new internals make a huge difference. I didn’t experience any lag when launching stock apps, and third-party ones rarely showed the spinning loading ring while updating. Even raise-to-wake seems quicker (though the lack of an always-on display is still a bummer).

That makes Apple Watch Series 3 much more of a standalone device, even without LTE. Where I mostly relied on my old Apple Watch for quick notifications, by the end of my testing I was instinctively using my Series 3 to respond to messages, check sports scores, even read headlines. Siri’s responsiveness is particularly impressive, but everything from stocks to sports to weather now load within a second or two. By the time the S4 chip comes around, watch apps will be just as fast as the ones on our iPhones, if not faster.

All day and then some

Apple claims the same 18-hour battery life with either the LTE or non-LTE Series 3 Apple Watches, but as with all battery claims, that doesn’t tell the whole story. Apple doesn’t like to give technical specs for its batteries, but iFixit’s teardown found a 279 mAh cell inside the 38mm LTE model, a minuscule upgrade over the Series 2’s 273mAh battery. iFixit didn’t open a 42mm model, but presumably its battery is also a little larger than the Series 2 model’s 334mAh one.

But while Apple Watch’s battery is a good deal smaller than most of its competitors’, it pretty much blows them all away. With a phone nearby most of the time, I breezed through a full day and most of a second. That includes wearing it while I slept, making calls, checking scores, responding to messages, getting directions—all of the usual things you’d do while wearing it. While Series 3 might pale in comparison to Fitbit Ionic’s four- to five- day battery life, OG Apple Watch upgraders will surely see a nice boost in battery life.

Granted, those numbers deteriorate pretty quickly when relying exclusively on LTE. When I left my phone at home and used my watch for everything—including a lengthy stretch of listening to music, a couple Apple Pay purchases, driving directions, and liberal use of the Siri face—I barely got through 8 hours. When I made a straight hour of phone calls, my battery dropped to 68 percent. An hour of music mixed with messages and emails cost a little more than 10 percent.

But that’s not a typical use case. When jumping between phone and LTE connection as most people will do, I was easily able to make it through a full day. With the exception of making calls and listening to music, I measure my Apple Watch interactions in seconds, not minutes, but even when using it far more than I normally would (both tethered and independently), I never needed to resort to Power Reserve mode.