Keymand review: Turn your iPad into a keyboard shortcut powerhouse for your Mac

Keymand syncs with a free Mac companion app through a required Lightning to USB connection, which also keeps your tablet charged while working. Sadly, the app syncing via the iPad Pro Smart Connector isn’t supported.

<p>Keymand comes with panels for 13 built-in macOS apps including Finder, but you’ll have to create others all on your own.</p>” href=”https://images.idgesg.net/images/article/2017/10/keymand-app-finder-100737573-orig.jpg” rel=”nofollow”> 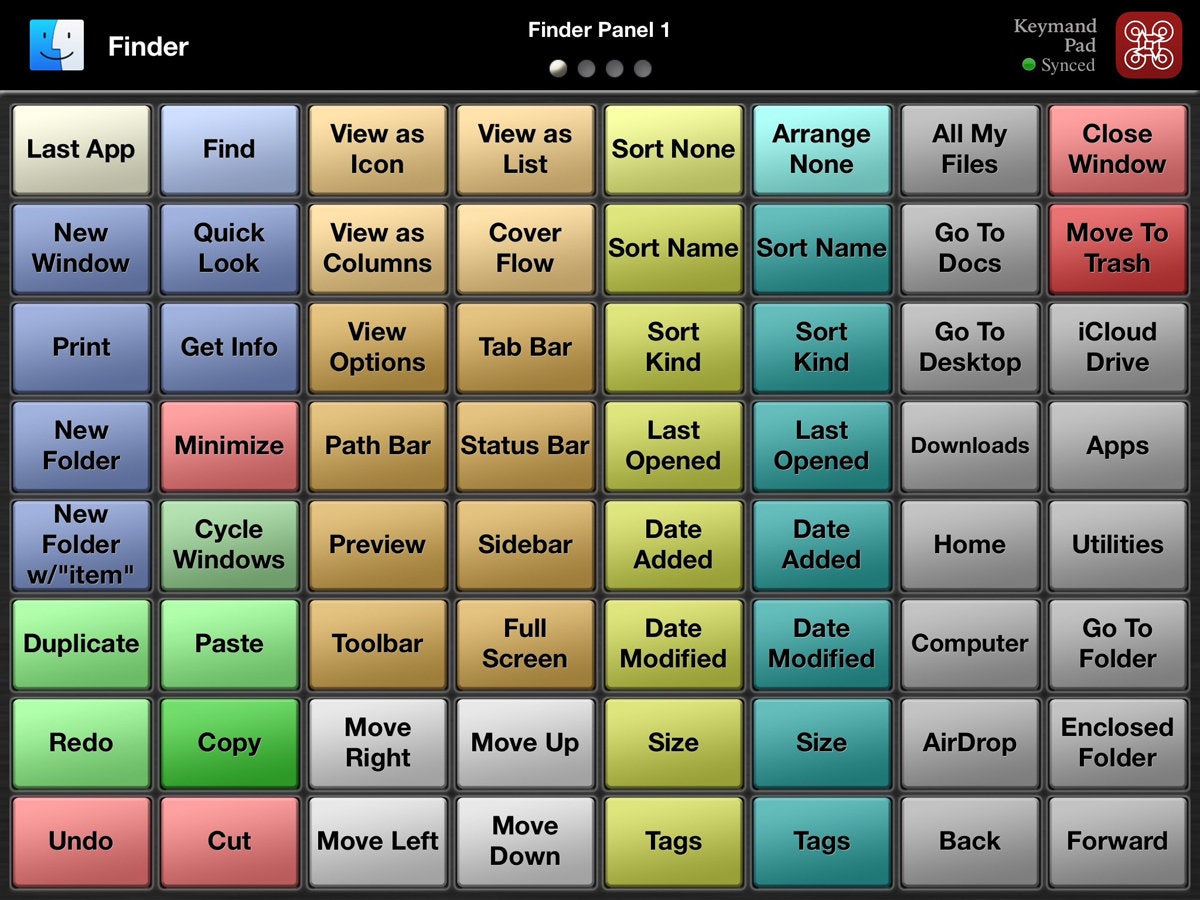 Keymand comes with panels for 13 built-in macOS apps including Finder, but you’ll have to create others all on your own.

After launching both apps, click Connect on the Mac side, then tap Accept at the iPad prompt. When the sync indicator changes from red to green, Keymand is ready to use, automatically reconnecting whenever the iPad app is relaunched or after waking from Mac sleep.

Keymand displays the current application name and icon in the upper left corner, as well as a grid of 64 one-tap buttons at a time, which update as you switch between applications. Buttons respond instantly when tapped, and the Mac app uses a negligible amount of CPU; you’ll wind up with another icon in the menu bar, however. Buttons can be left blank for a more eye-pleasing layout, and each desktop app can use up to 256 possible shortcuts spread across four panels. 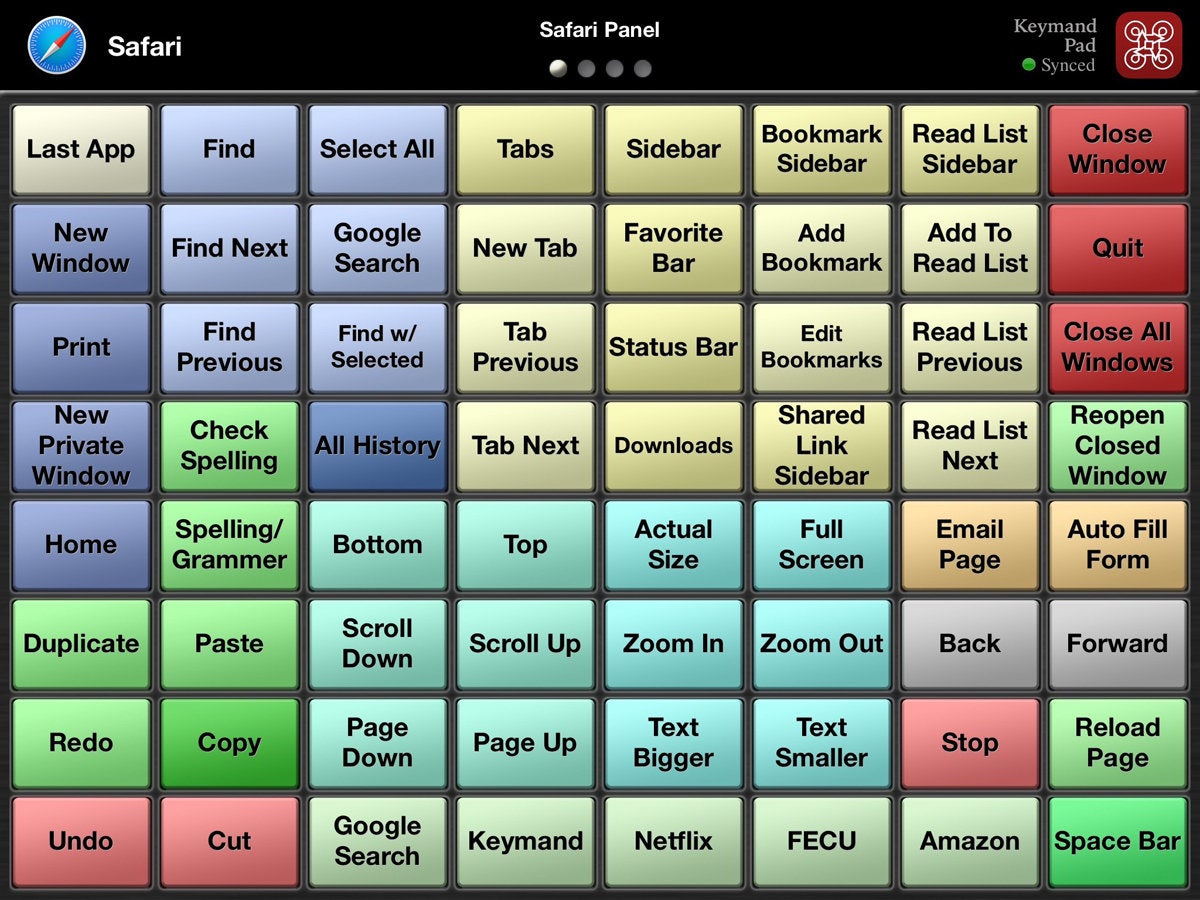 Have trouble remembering Safari shortcuts? Keymand can turn them all into one-tap buttons instead.

For other applications, users must create their own custom buttons on the iPad. Switch to settings view by tapping an icon in the upper right corner, where you can assign keyboard shortcut buttons on a per-app basis, each with custom names and colors. The process is straightforward enough, but more cumbersome than it needs to be, especially when assigning the same color to multiple buttons. (Spoiler: Tedious copy and paste of hex colors is required.)

While convenient for mobile workflows, Keymand would benefit from the ability to assign buttons on the Mac side as well. Settings are only saved on the iPad, convenient for those who move between multiple systems, but not very conducive to sharing shortcuts with co-workers or colleagues.

The inability to export shortcuts is a rather glaring limitation for an otherwise useful app. I’d love to see the developer provide an online community where users can share individual app settings with others, which would make it easier for novices to get started. (An SQLite database is accessible from the Keymand app in iTunes File Sharing, but there’s no way to save data for specific applications.)

For the time being, Keymand appeals mostly to power users willing to dedicate time to assigning shortcut buttons one at a time, or casual users content with the built-in Mac software commands and occasionally supplementing favorite apps. 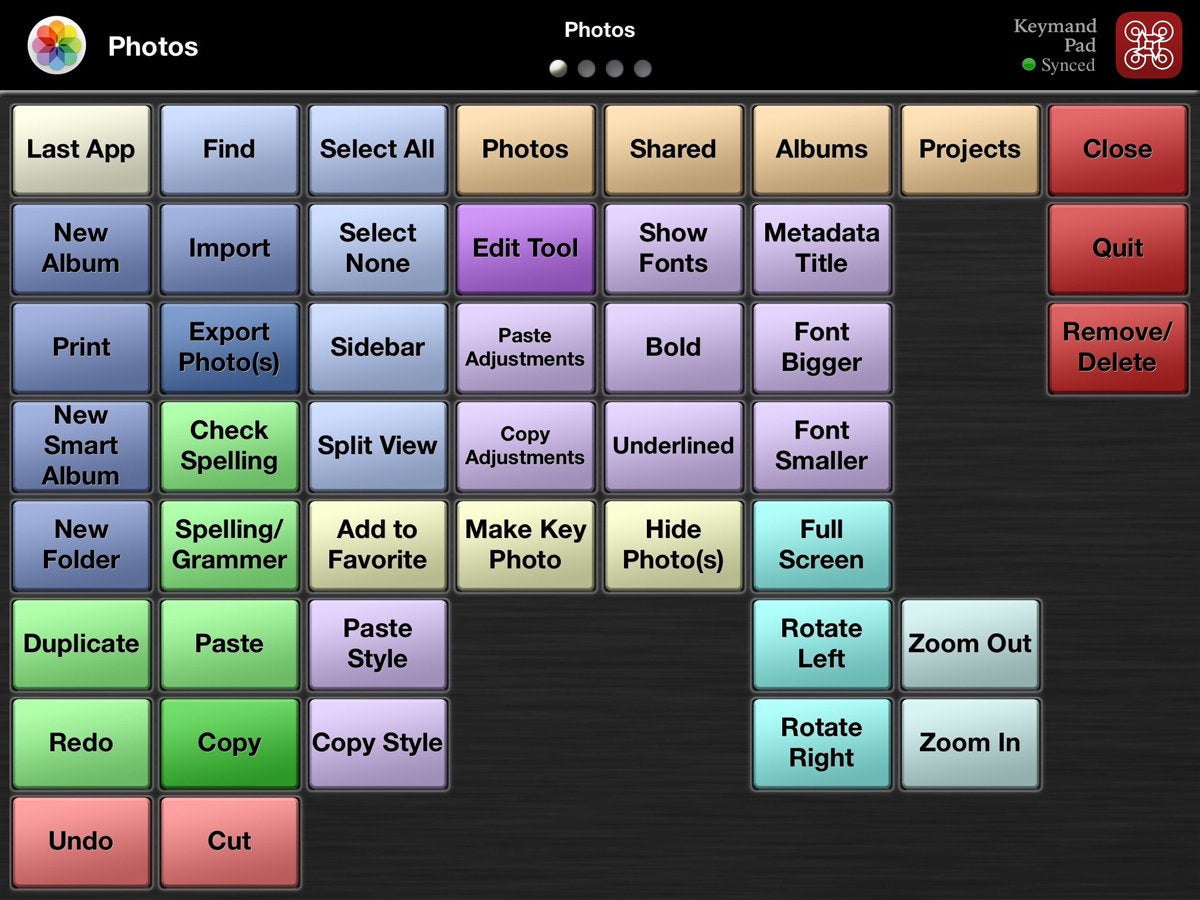 If you don’t need all 64 buttons on a panel, you can leave blank spaces for a more eye-pleasing custom layout.

As someone who spends weekdays parked at a desk, Keymand puts my iPad Pro to work as a Mac keyboard accessory. But the cumbersome and time-intensive assigning of shortcuts would be better performed on the computer instead of the tablet.