Life may have gained a foothold on Earth more than 4bn years ago, according to researchers who believe that fragments of carbon found in rocks in Canada are remnants of ancient organisms.

Researchers in Japan analysed graphite particles in rocks from the Saglek region of northern Labrador and found that they contained potential traces of life. In work last year, the team dated the band of rocks to 3.95bn years old. 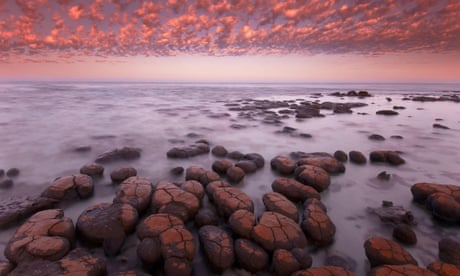 The claim that these rocks contain remnants of life now faces intense scrutiny from other scientists, but if the research stands up, it suggests that the first organisms to emerge on Earth did so during one of the most violent periods in the planet’s history. Until 3.8bn years ago, the Earth was pounded by asteroids and comets left over from the formation of the solar system.

Yuji Sano, a senior researcher at the University of Tokyo, said that until now the oldest evidence for life on Earth stood at 3.8bn years, and coincided with the end of the so-called Late Heavy Bombardment. “It may be difficult to create life before 3.8bn years ago due to the bombardment, which may destroy early life,” he said. “But now it is 4bn years. Life started on Earth during the heavy bombardment of meteorites, which is amazing.”

Or perhaps it is not. The Japanese team base their claims on the sole discovery that some pieces of graphite bore the same carbon isotope ratios that are seen in living organisms. Life favours the lighter version of carbon, called carbon-12, over the heavier version, carbon-13, and when it dies, becomes sludge, and eventually forms rock, the material preserves the telltale carbon signature. But graphite can form with a skewed ratio of carbon isotopes without life’s helping hand. It can happen through the glacial action of geochemical processes or crash-land in meteorites.

“There may be a lot of people who are not convinced because their conclusions are based on one line of evidence,” said Matthew Dodd, a PhD student and geochemist at University College London. Earlier this year Dodd and his supervisor, Dominic Papineau, reported what might be the world’s oldest fossilsfrom nearby rock formations in Canada. Dodd said he agreed with the Japanese team’s findings, but said the results might be more convincing if the scientists had gathered more evidence to support their claim.

Other scientists have more serious concerns. Martin Whitehouse, at the Swedish Museum of Natural History, doubts that the graphite is so old. The date of the rocks in the region is based on measurements of tiny particles of a mineral called zircon. But Whitehouse says the scientists used the oldest age from zircon that was kilometres away from where many of the graphite samples came from. “Regardless of the veracity of the biogenic evidence from the graphite, the claim that it is the oldest requires that the geochronology is watertight. If it’s younger than about 3.8bn years, it isn’t very exciting anymore.” He added: “I would say this fails the first test of proving an oldest anything in a region where igneous rocks have a range of ages between 3.9 and 3.7bn years old.” Minik Rosing, a geologist at the Natural History Museum of Denmark, also questioned the age of the graphite. “The problem is, they assign this very old age to everything,” he said. 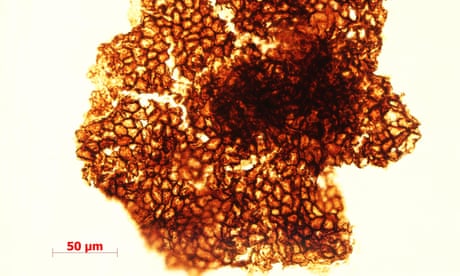 If the work does hold up to further scrutiny, it will mark a milestone in scientists’ understanding of the earliest life on Earth. The oceans are thought to have formed 4.3bn years ago. If life gained a foothold 4bn years ago, it leaves a narrow window, by geological standards, for life to emerge.

“A lot of people think that 3.8bn years ago and older, we would have had a lot of impacts from meteorites as the solar system was still calming down from its formation, and these frequent, large impacts would have sterilised the surface of Earth, making it very difficult for life to survive. However, you can argue on contrary, that impact events produce very nice habitats potentially for the emergence of life on earth,” said Dodd. “If they are right, and this is life at 4bn years ago, it’s saying life can begin and make ends meet in a very hostile environment.”

According to Sano, similar tests could be used to identity the types of microbes that left the graphite behind, and even find evidence for life elsewhere. “If we have a suitable sample, such as a fresh Martian meteorite, we may discuss life on Mars,” he said.