Big questions in the time of tech 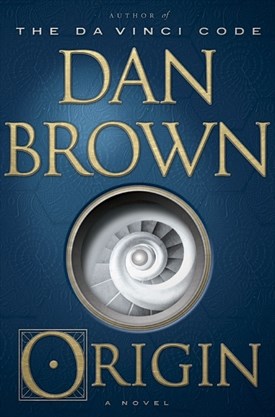 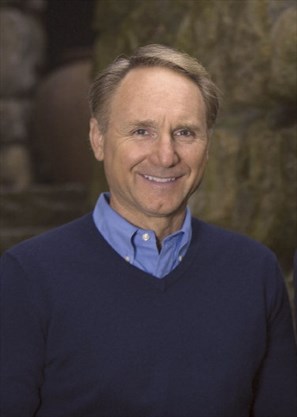 Dan Brown’s novel “Origin” was a years-long obsession for the author. – Dan Courter

The roots for Dan Brown’s new book, “Origin,” can be traced back to Darwin.

As soon as he heard it, Brown was brought back to childhood, when he first learned stories of creation, and Adam and Eve, and “wondered which story was true.”

For the author of the “The Da Vinci Code,” who obviously favours the historical and perhaps heretical, the chance to explore human origins, religion and Darwin seemed, well, a natural choice.

But Brown had more in mind for the fifth instalment in his blockbuster series.

“That was on the table, but I didn’t really want to write about it,” Brown recalled.

“My editor said, ‘I’d love you to write about Darwin. Evolution could be interesting.’

Of course, Brown was never one to shy away from untangling a Byzantine puzzle and “Origin” became a years-long obsession for the 53-year-old.

What resulted is a typically fleet-footed tale about religion, technology, art, architecture, science and the beginning and end of the world that brings into Langdon’s orbit a Spanish prince, a glamorous gallery curator, a playboy tech billionaire and even a robot with a jaunty British accent.

Penning this was “incredibly fun” for Brown, who cheerfully chatted about his self-driving car, fake news and whether he’s once again on the cusp of controversy.

Do you struggle with technology the way Langdon does?

I have a good science mind, but not a good technical mind. I can’t understand how a car works, but I embrace technology.

And now I let it drive me all over the place. When I first got it, my hands were hovering over the wheel in terror.

You must have really enjoyed writing Kirsch, this swaggering atheist computer scientist billionaire.

He’s one of the most fun characters I’ve ever written. Because those guys are now in the headlines: the Elon Musks and these people who are changing our lives daily.

The reason his name starts with a K is that, for a while, his last name was Kurzweil (after American inventor and futurist Ray Kurzweil), just because I like Kurzweil. I knew I would change the name eventually, but it was a reminder that this guy is hardcore. I actually have not admitted that to a soul.

The term “fake news” makes its way into the book and a character laments that people can’t tell the difference.

Well, it’s all around us. It affected the election in my country. It affects all of us.

What has happened is that news is entertainment because now every single person with a cellphone is a broadcast news station. You can videotape anything and can distribute it to the world. There is no curator for the World Wide Web.

“Origin” also touches on the idea that certain scientific truths are being treated as somehow subjective; climate change as one example.

Let me say that we live in an era where there are congressmen in my country who declare that the world is 6,000 years old and the fossil record was put there to test our faith; that Adam and Eve literally populated all the races of the world.

Conspiracy websites are central to the plot too. Did you venture down any of those online rabbit holes?

Oh yeah, definitely. I spent plenty of time looking at their language, looking at the kind of stories they run, at the reactions.

There are plenty of intelligent people who buy into conspiracies.

A lot of people say: “Oh Dan, you’re a conspiracy theorist.” I do not believe that aliens have visited the planet … I’m pretty sure we did land on the moon, OK? No, I’m a skeptic.

The reason I’m very excited about this book is that we’re living in a time when our species is letting go of its superstitions, and religion is a superstition.

Theirs are claims that are not quantifiable. It doesn’t make them untrue, but when you declare it’s a fact that you’ll have seven years’ bad luck if you break a mirror, I can’t debate that.

But I think of it as a fish in its death throes flopping around on the beach. We’re struggling as a species to somehow justify our religious beliefs against our logical minds.

How have you stayed interested in Langdon after five books?

Langdon chooses topics, not by coincidence, that fascinate me. He and I share a fascination in history and the power of religion and in art.

How does technology fit in?

Technology is changing the face of our philosophies at a very fast pace. It is challenging the world’s religions in a way that is now striking at the very core.

And I have sensed a chasm opening up across many cultures between the believers and the non-believers.

At one extreme, you have very science-minded atheists and, at the other extreme, you have deeply fundamentally based religious people, and it used to be a continuum of all the different shades in between, but there’s just this chasm opening.

Do you have a sense of how much controversy to anticipate?

This will sound naive, but I was shocked “The Da Vinci Code” caused controversy.

I grew up in a house where I was encouraged to ask difficult questions without repercussions. And I wrote a book that said, “What does it mean for Christianity if Jesus isn’t the son of God, if he’s a normal prophet?”

It seemed like a perfectly reasonable question to ask, but not everybody agreed.