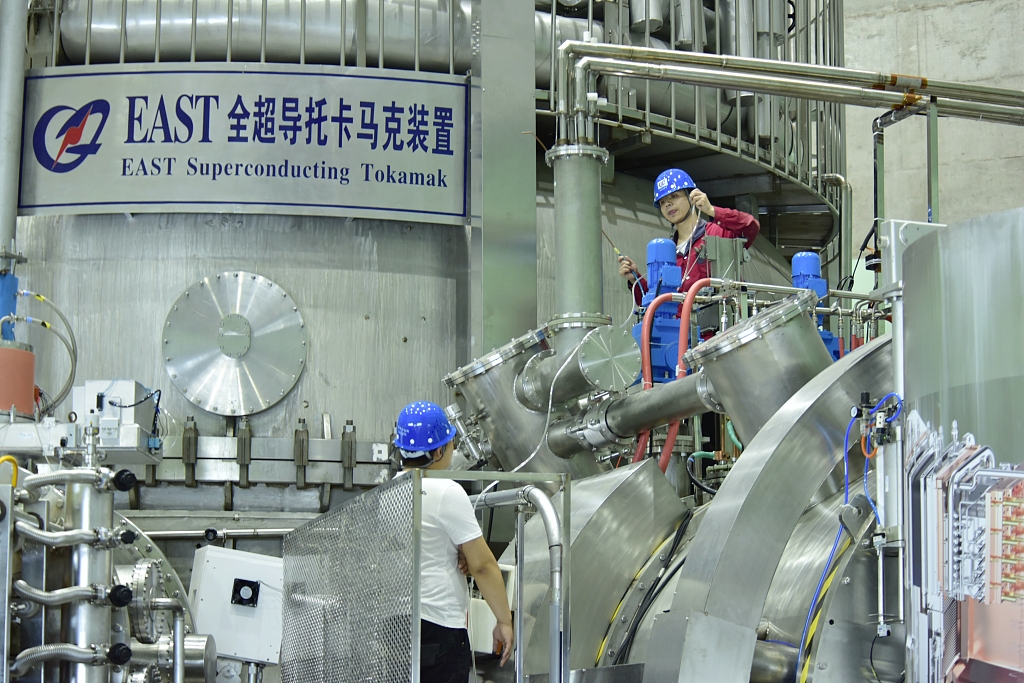 EAST already scored a previous record in May, running for 101 seconds at a temperature of 120 million degrees Celsius.

The latest one came after it was announced last week that a new round of testing would be conducted by the Institute of Plasma Physics under the Chinese Academy of Sciences (ASIPP).

The institute, located in Hefei, east China’s Anhui Province, has discharged electricity more than 10,000 times since the inauguration of phase II of EAST in 2011.

Designed to mimic a fusion reaction like the Sun using hydrogen and deuterium gases as fuel, EAST will provide insights into plasma physics research that is crucial to establish industrial-size reactors to generate clean energy, according to the China National Nuclear Corp.

Fusion energy is considered the ideal “ultimate energy” for a carbon-neutral energy future as hydrogen and deuterium gases are abundant in the sea.

The institute has also been collaborating with high-emission enterprises to help them achieve carbon neutrality, according to ASIPP director Song Yuntao.

Now EAST has reached all three targets separately – 1-million-ampere current, 1,000-second duration and 100-million-degree-Celsius temperature. The final mission for the tokamak is to reach all the targets in one try.