A man was threatened with a meat cleaver at fast food spot: VPD 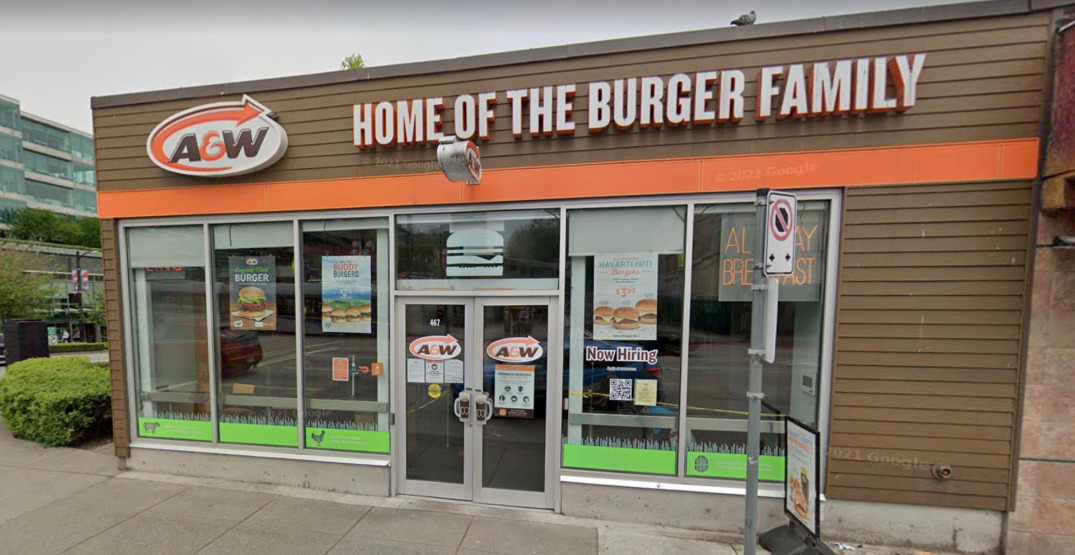 Vancouver Police are sharing details about another incident involving a meat cleaver that took place near Broadway and Cambie streets on February 2 just after 3 pm.

In a tweet shared by the VPD, police say that a man was eating his lunch at an A&W when he was approached by another man who threatened him and pulled out the blade.

The tweet went on to say that police are still looking for the man in question, but the only details they have so far is that the suspect was white.

Police say the victim was a construction worker, and that the suspect was last seen outside of the establishment.

Since January, there have been multiple incidents that have involved the use of a meat cleaver. This marks the third incident within a month.

On January 3, police say a 23-year-old suspect was shopping at a grocery store on Robson Street, and not wearing a face mask. When the store clerk asked the customer to mask up, he reportedly pulled out a meat cleaver, threatened the employee, and then left the store without paying for his things.

On January 16, a man was arrested for allegedly threatening to kill people in the Downtown Eastside Women’s Centre. Officers were called to the scene after a witness called 911, and the suspect was arrested after he had apparently tossed the meat cleaver.

Vancouver Police are holding community engagement sessions across the city this weekend to answer questions from concerned members of the community. Police say that they have gotten reports from both residents and business owners who say they feel unsafe in their own neighbourhoods.